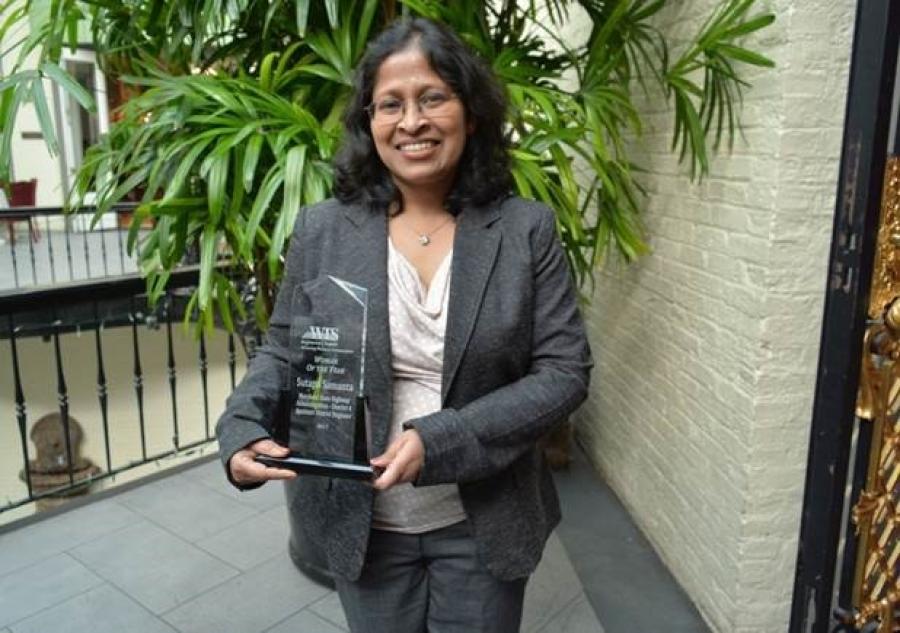 An organization dedicated to advancing women's careers in transportation has named Sutapa Samanta, assistant district engineer of the Maryland Department of Transportation State Highway Administration (MDOT SHA), as Woman of the Year. At its Jan. 16 Annual Meeting and Awards Ceremony, WTS (Women's Transportation Seminar) recognized Samanta as “a mentor and a beacon of inspiration to many young aspiring women in her field.”

“It is a blessing to get opportunities to develop and grow within as great a community as the MDOT SHA and more so, in the transportation industry,” Samanta said. “I strongly believe, the right skill set, a good work ethic and a collaborative attitude will always bring a lot of support from the organization and the industry. And my suggestion to the young professionals is not to limit themselves, as they can do much more than what they think they are capable of.”

According to the nomination, her “positive, high energy and personal touch that she brings to the workplace not only creates a productive work environment, but also fosters relationships with staff and builds team camaraderie.” The nomination goes on to say that Samanta has an organized and focused approach and a relentless desire in learning and developing project procedures to manage routine activities both efficiently and effectively.

Founded in 1977, WTS is an international organization with more than 6,500 members (including women and men) and 79 chapters.