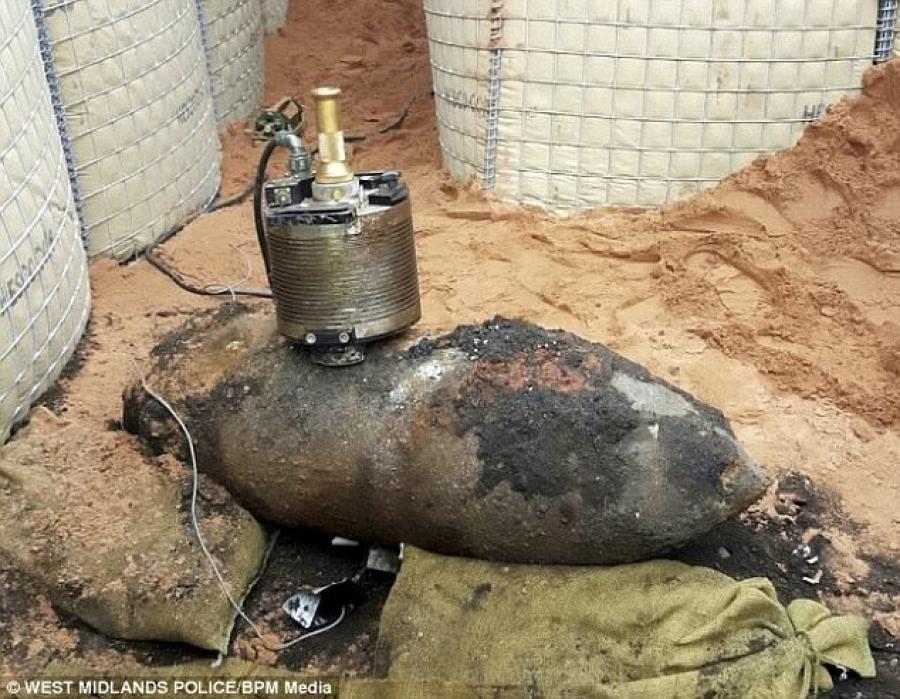 A 500lb bomb was unearthed at a construction site in Birmingham, England which led to a unique event locals are sure to be talking about for ages.

The discovery of the explosive device, a German shell from World War II, caused a panic in the town of Aston as Trains were cancelled and 13 miles of the M6 were closed to clear the route.

After evacuating local businesses and homes, a bomb disposal unit detonated the shell in a controlled demolition after covering the device with 250 tons of sand.

A drone with a camera flew over the construction site during the detonation, capturing sand and debris as it flew high into the air in the wake of the explosion.