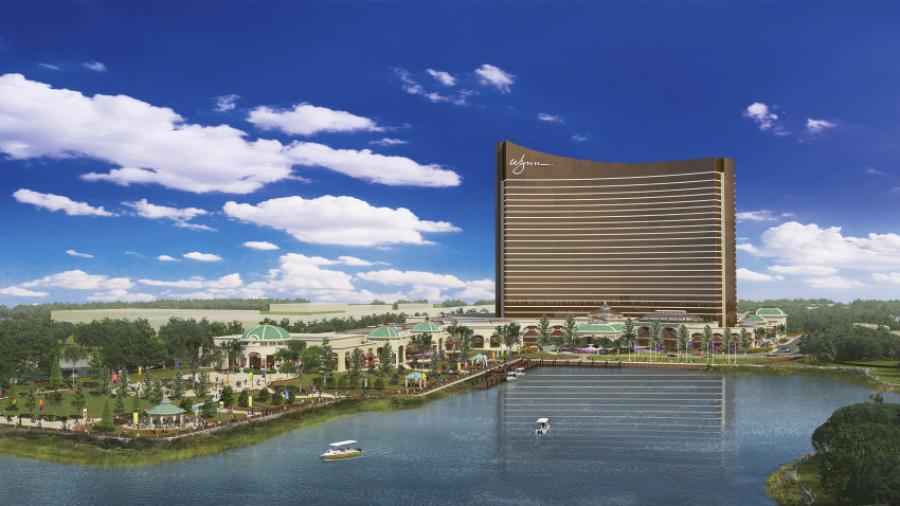 Wynn Resorts has officially received its Chapter 91 license from the Massachusetts Department of Environmental Protection (DEP) and will immediately start construction on the $2.1 billion Wynn Boston Harbor resort.

“After three years and one of the most thorough licensing and environmental review processes in the history of Massachusetts, Wynn Boston Harbor has its license in hand and will begin construction.” said Robert DeSalvio, president of Wynn Boston Harbor. “That's good news for 4,000 union construction workers, their families, and all the local businesses and nearby communities who will benefit from our $2.1 billion project.”

The final license award comes nearly two months after a June 2nd hearing where the city of Somerville appealed the DEP's earlier award of a Chapter 91 license to Wynn. Jane Rothchild, DEP hearing officer, issued a 50-page decision on July 15th that maintained the city of Somerville “failed to prove” that the DEP erred in its original license award.

“One does not need to be a casino enthusiast to recognize and acknowledge the benefit that accrues to a city when a long-dormant contaminated waste site is cleaned up and brought back to useful life,” wrote Rothchild in her decision. “Chapter 91 recognizes this work as a public benefit.”

While the denial of Somerville's appeal was signed by DEP Commissioner Martin Suuberg on July 22nd, DEP did not issue the license until the expiration of a seven-business-day period for Somerville to file a Motion for Reconsideration.

“My review of the record concludes that the project as already conditioned served a proper public purpose and provides greater benefit than detriment to the rights of the public in the tidelands,” wrote Suuberg in his final decision.

The DEP ruling is the last state regulatory requirement needed by Wynn to begin construction on the 33-acre Wynn Boston Harbor resort. Chapter 91 is a state licensing requirement for any development that is on the water and is designed to ensure public access and use of the waterfront.

All Wynn hiring, further site remediation and construction within the Chapter 91 area was suspended when Somerville filed its appeal in February of this year.

Wynn Boston Harbor is a $2.1 billion Forbes five-star global destination gaming resort that will feature more than 600 hotel rooms with sweeping views of the Boston skyline and Boston Harbor and ultra-premium spa, retail, dining, ballroom and meeting spaces. The 3-million sq. ft. (278,709 sq m) resort will generate more than 4,000 construction jobs and 10 million labor hours, more than 4,000 permanent jobs, $265 million in traffic mitigation and approximately $660 million in direct annual expenditures from Wynn ($242 million in annual taxes and fees, $170 million in payroll and $249 million in goods and services to operate and maintain the resort). It will be the largest private single-phase development in the history of the Commonwealth.

Situated on the waterfront along the Mystic River and connected to Boston Harbor, Wynn Boston Harbor will open up the Everett shoreline to the public for the first time in more than a century.

Wynn is spending $30 million to clean up the heavily contaminated site and create a six-acre park along the water that will feature pedestrian and bicycle paths that provide access to the harbor, an events lawn, picnic and public viewing areas, ornate floral displays and retail and dining experiences that overlook the Wynn river walk. Wynn privately funded the $30 million site cleanup with no public funds being used.

Guests and employees of Wynn Boston Harbor can connect to points across the harbor via a robust water transportation system that Wynn is introducing. Low-profile, European style boats will be used to sail back and forth without the need to raise area drawbridges.