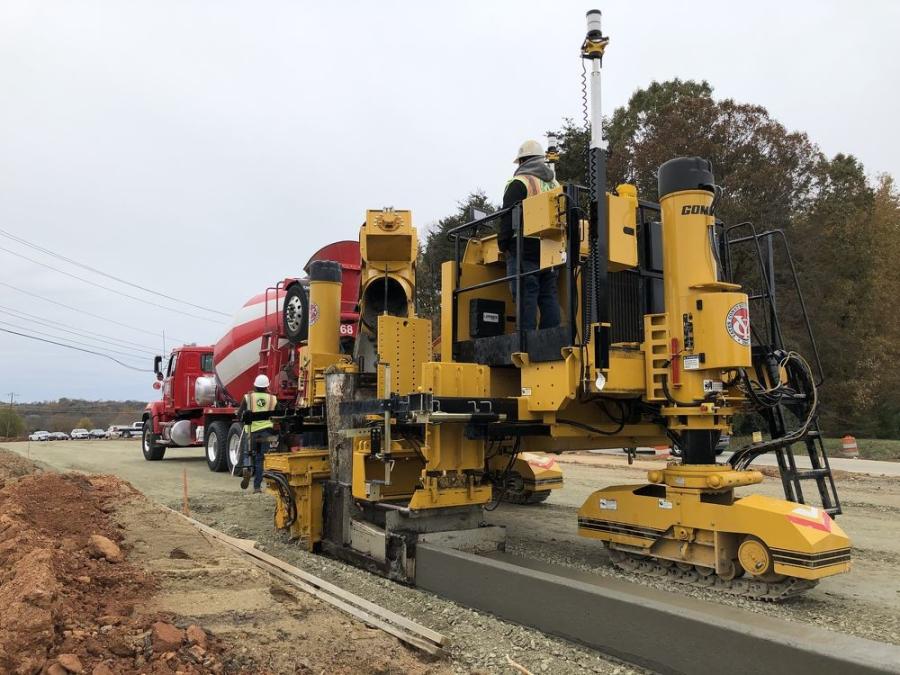 The city of Greensboro is currently in the midst of executing an ambitious plan to construct a circular walkway around North Carolina's third-most populous municipality that pedestrians can use with ease. The project is largely making use of asphalt for Greensboro's walking trails; however, local contractor Yates Construction Company Inc. believes that concrete may make for the better path moving forward due to its recent work with GOMACO's 3300 slipform paver. 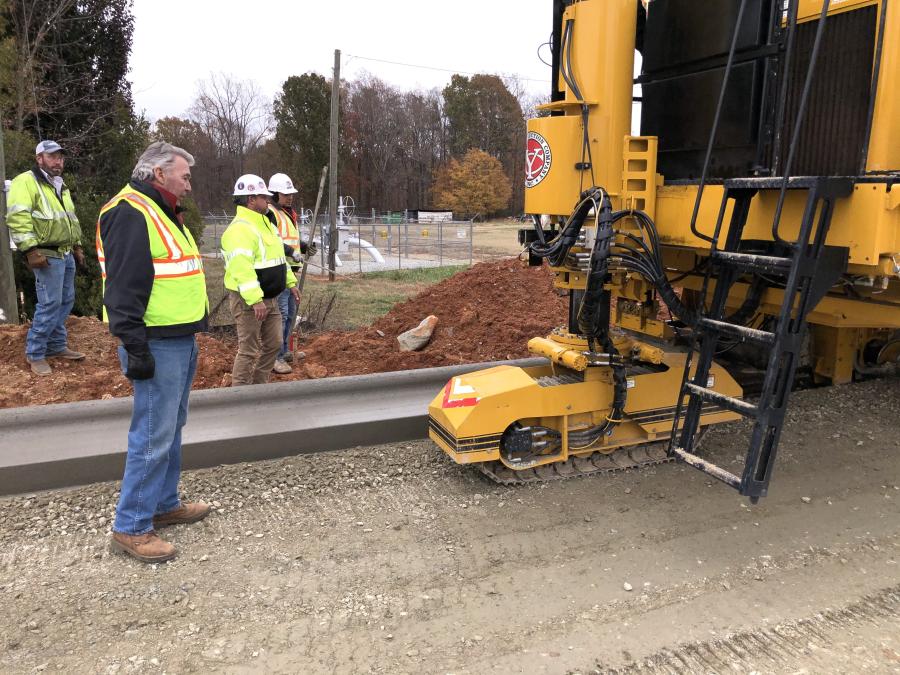 Paving hasn't always been on the menu for Yates Construction, a family-owned company that started out as a water, sewer and storm-drain contractor working solely on pipes back when Bob Yates founded the business in 1976. In the mid-80s, Yates branched out and expanded to include grading projects — think more along the lines of site prep. Then over the next decade, the company gradually began adding roadway projects.

"As of right now, it's roughly a 60/40 split between roadway projects and site development projects with roadways being the 60 percent," Vice President Bret Arnold told CEG.

Aside from championing the benefits of concrete versus asphalt as a paving base, Yates is busy working on a different contract for the city of Greensboro to improve roughly 3.5 mi. of Horse Pen Creek Road. A whole host of machines is being utilized for the $25 million project, including the GOMACO 3300, which helps crew members complete curb and gutter work. A unique feature of the 3300 is its ability to pave on either the right or left side, which is an advantage for paving operations because it allows operators to pour in the same direction as traffic.

Additionally, Yates was sold by the 3300 being Trimble-compatible like the rest of its equipment fleet, as well as the manufacturer's alliance with Carolina Cat, which has been a GOMACO dealer since 2010. 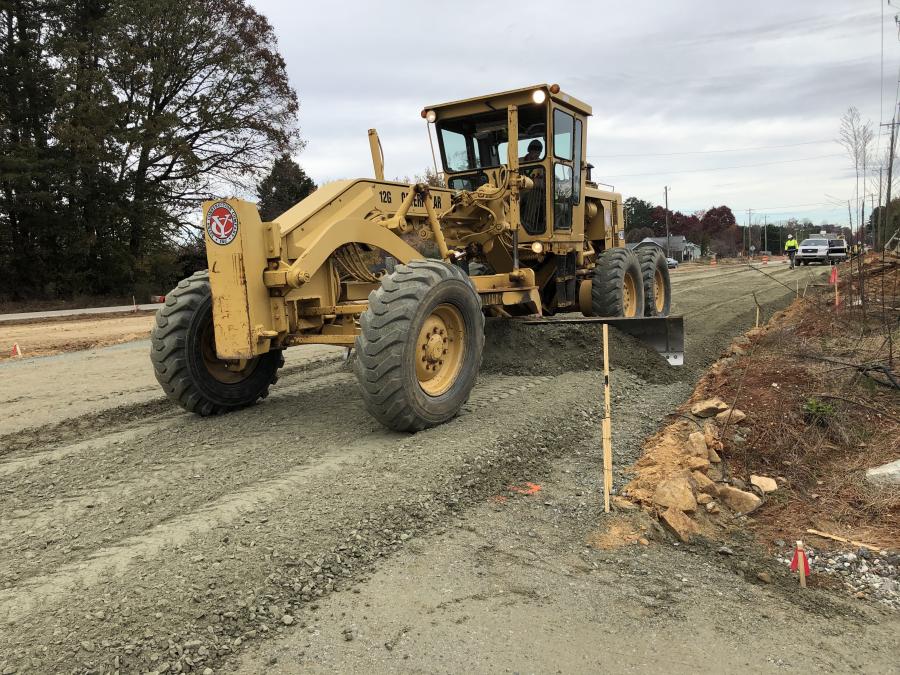 "We have a very strong relationship internally with Carolina Cat, and we found out that [they were] a GOMACO dealer," Arnold explained when detailing Yates' thought process as a buyer. "After sitting down meeting with the parties there at Carolina Cat, they assured us that they would maintain parts and supply for GOMACO. Once we had their commitment, all the boxes were checked, and we decided to go with the GOMACO machine."

Already having the Trimble 3-D paving control system was important to Yates because it not only saves the company money by not having to update other machines, but it also will pay for itself in the long run due to its efficiency. According to GOMACO, the benefits of the Trimble PCS900 Paving Control System for slipform pavers includes improved site logistics and safety, better yield, increased smoothness and less rework and grinding.

Arnold said there were other paving machine options available in Yates' local area, although none of them came Trimble-ready. Instead, those potential alternatives featured another system, and Yates leadership was not interested in converting its entire fleet. "We already know how to operate all of the Trimble stuff," Arnold stated, before adding that transitioning the new machine was easier because of that familiarity among operators.

To Yates' road crew members, the biggest positive of using GOMACO's 3300 is not having to set a string line down — a timely process made difficult by the hard ground in which the machine is paving over. With the 3300, operators instead can just go on top of that asphalt base and start pouring without setting any pesky pins. The 3300 features rotary-sensored slew drives on each track that allow for adjustments and pivots from both the right and left side of the machine, an impossible task for hydraulic cylinder machines to accomplish.

Bob Yates Sr. has long been a partner with Carolina Cat since forming the company in 1976. He was initially teamed with new sales rep Ned Story, and the two formed a lasting relationship that allowed many years of success for each of them. Today, Kurt Held of Carolina Cat handles the relationship that made the selection of the GOMACO machine a natural choice for Yates Construction. CEG 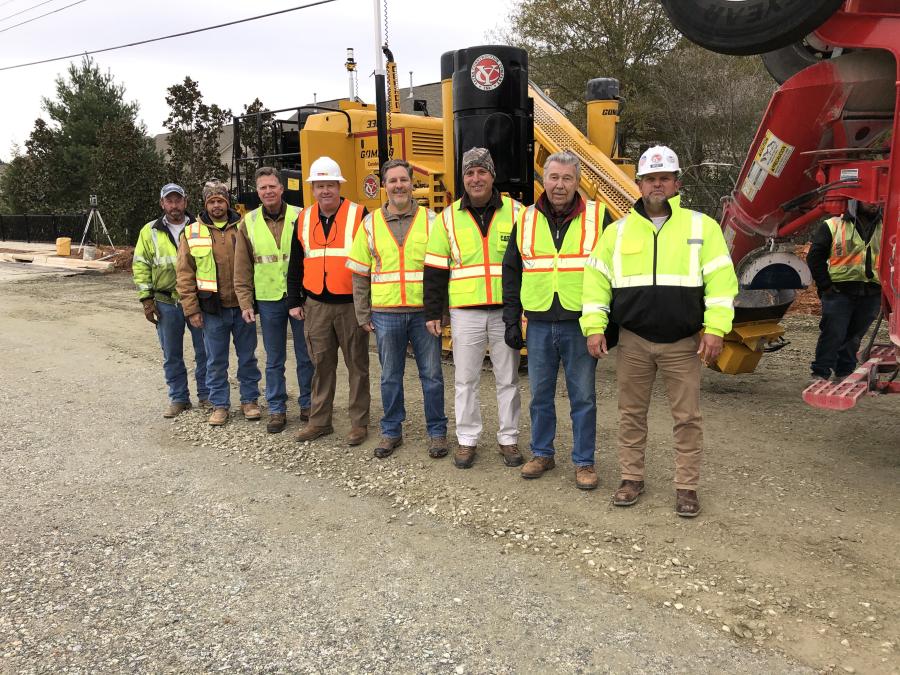