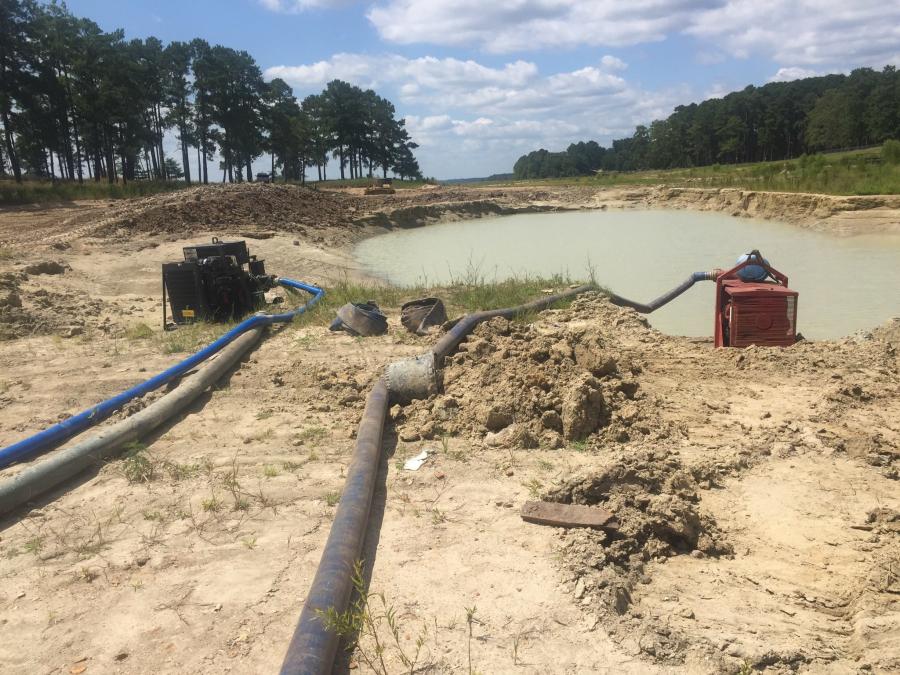 Pumping water out of the spillway approach channel scour hole

Hurricane Harvey caused extensive damage in Texas and Louisiana during August 2017, including major devastation to the Vernon Lake dam and spillway in Vernon, La., which is the subject of a $1 million Louisiana Department of Transportation and Development (LADOTD) repair project.

The contract was awarded to Merrick Construction LCC in February 2019 and work began last July. The earthen dam, spillway approach channel and the spillway itself were all damaged by Harvey, and crews from Merrick have completed all of the major benchmarks (with work ongoing to complete the patching on spillway). 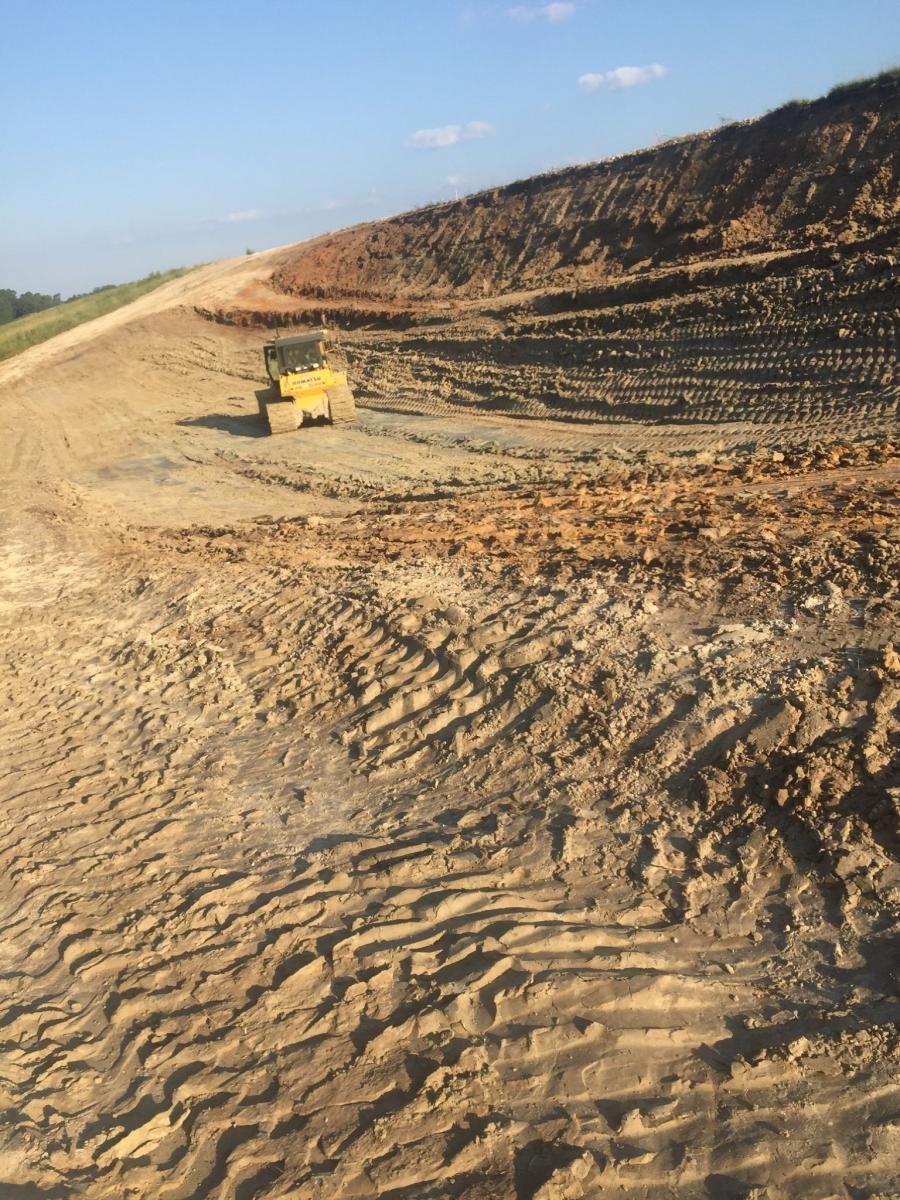 The damage to the infrastructure was considerable, with the embankment being affected by major cracks — between 75 and 100 ft. on the lake side and approximately 200 ft. on the downstream side. This led to the embankment sliding into the water between 5 and 10 ft.

Due to the damage, the lake water surface elevation was lowered approximately 17 ft. and maintained that level as much as possible in order to prevent loading on the embankment in area of the slide, as well as providing storage to prevent any spillway flows for rainfall events.

"The initial concerns during the event were loss of the earthen embankment and a breach of the dam," Erickson said. "Had the dam breached, analysis indicates that multiple structures would have been flooded, as well as significant flooding and potential damage to numerous state and parish [county] roads."

Authorities had to develop a repair plan, and the first item was to lower the water surface in order to adequately assess all of the damage. 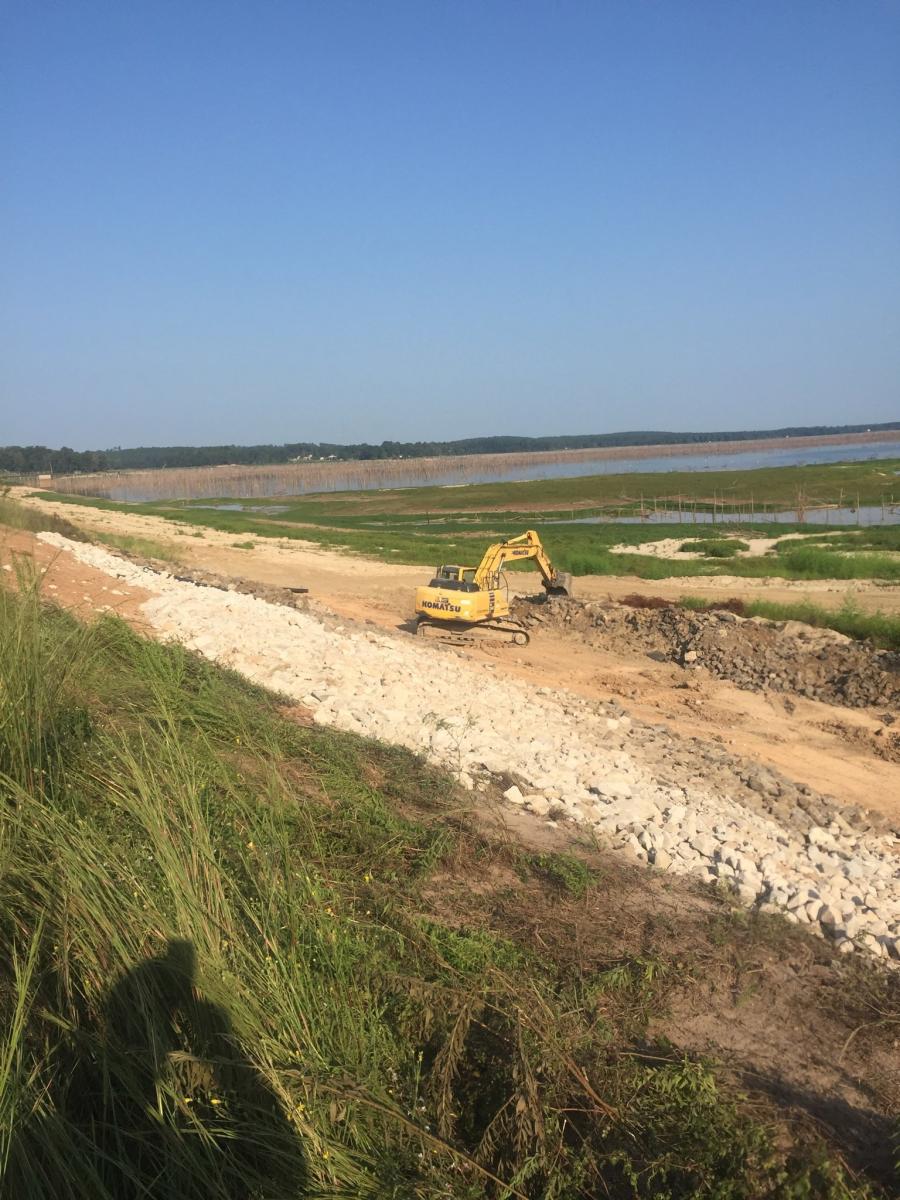 "Surveys of the entire structure were taken," Erickson said. "A geotechnical investigation was performed in the area of the embankment slides. Stability analysis was performed on various embankment configurations and a downstream stability berm was selected as the final embankment configuration. A complete assessment of all damages was made, with plans and specifications developed to repair the damages. Concurrent with the damage assessment and design process, funding sources for the project were secured."

The repair project was designed by LADOTD personnel. The stability analysis was performed by Fred Young P.E., dam safety engineer, and the plans were developed by Bradley Sticker P.E., water resources engineer.

"Near the completion of the plans for repairs, over 15 inches of precipitation occurred in three weeks," Erickson said. "This saturated the embankment and resulted in the downstream slide lengthening. This required the embankment to be resurveyed and new plans developed."

The expected lifespan of the infrastructure, with the repairs, is 50 years. The dam was originally constructed in 1961. For work to proceed safely, the water surface had to be lowered 20 ft. below pool stage (elevation 225 ft.), at a minimum. Alsey Lachney, Merrick Construction's project manager, has overseen similar projects and put a considerable effort into planning the schedule and benchmarks. "The material was excavated by tractors with scrapers and excavators," Lachney said. "The depth of the cut was a challenge — it was a big levee and it was steep getting in and out. The rain also affected work for a couple of days."

The approach channel repairs dealt with filling in holes.

"There was a fairly large hole that had been scoured out from the high water, and the hole was full of water that had to be pumped out," Lachney explained. "We filled it up with embankment material that was removed from the slide. It was a challenge because the channel had a lot of seepage coming up from the sand. The material was saturated, you could barely walk on there, and the equipment had a tough time getting in and out, but we did fix it."

The spillway work went according to plan, finishing up in early February. Much of this work involved concrete patching and dealing with spalls. 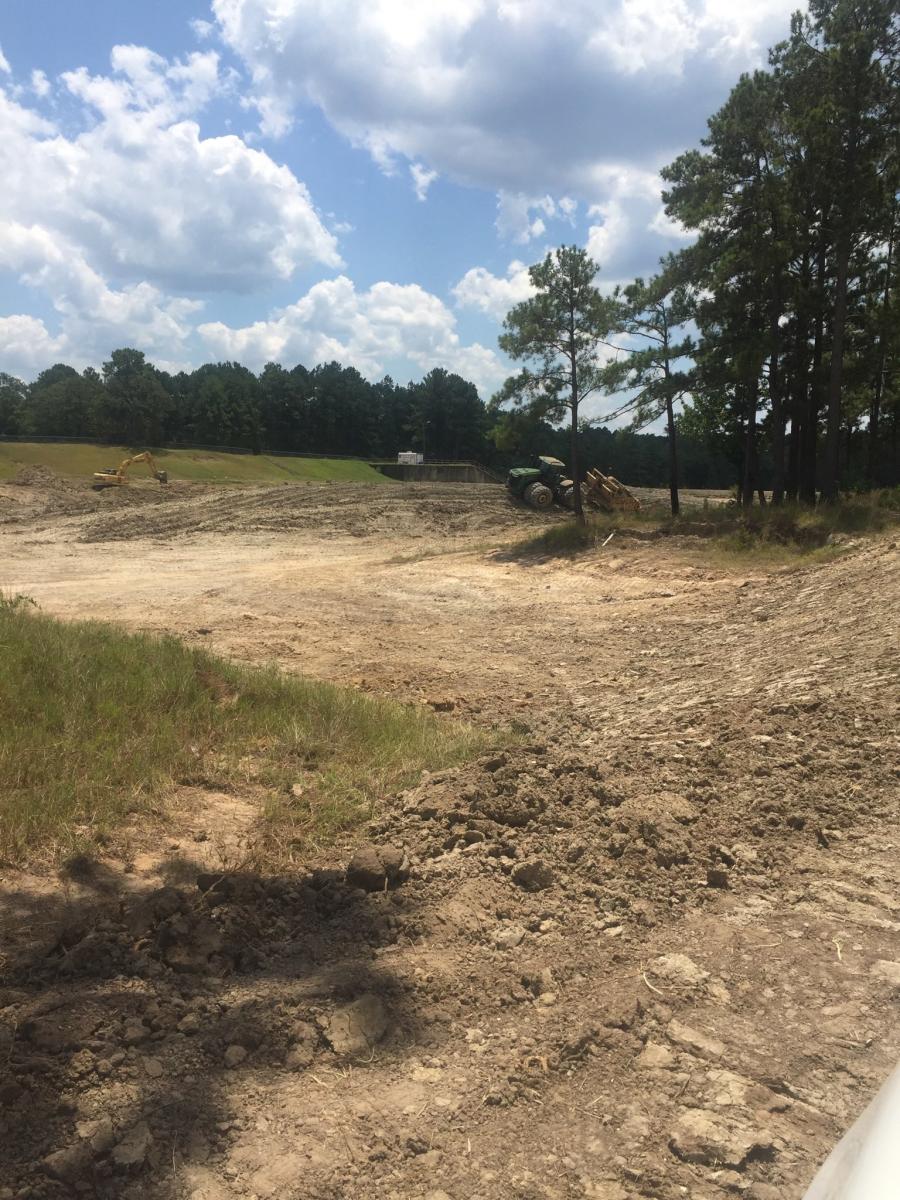 "There were a lot of spalls, which was flaking the concrete spillway," Lachney said. "We sawcut out sections — 2 to 3 inches deep, chipped them down and poured material back in."

The only subcontractor was Coastal Highway Erosion Control, which was brought in for the final seeding of the matting.

Peak days saw close to 15 Merrick employees on site, including excavator, dozer and truck operators, and several laborers. Five people were engaged in the excavation/dirt work and 10 for the spillway repairs.

"When you work in the bottom of the channel scour area, there's a lot of sand and it grinds the metal — this was one of the biggest wear and tear issues," Lachney stated. "We have a good maintenance program, and no major repairs occurred during the construction process."