A countdown of the top ten disruptive technologies, methodologies, and materials that will be shaping the construction worksite of the future. 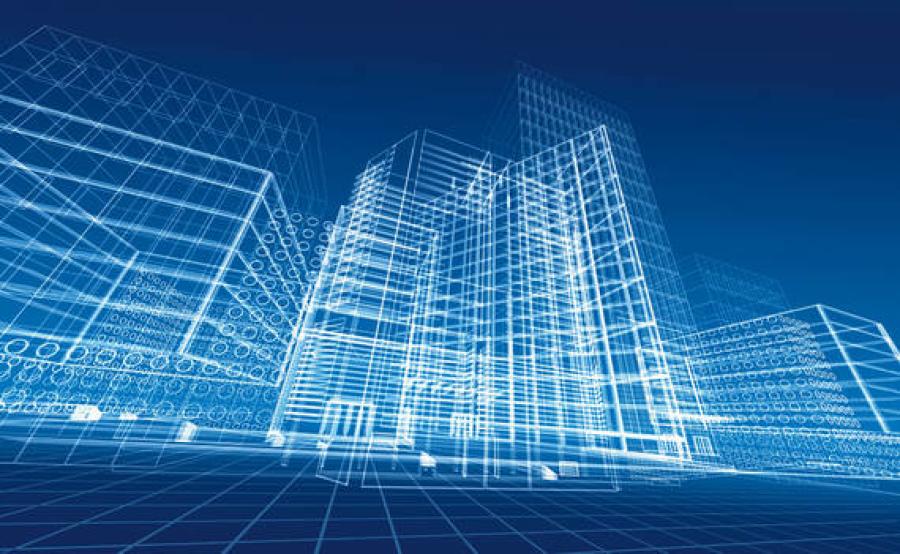 The construction industry is in flux. Look back at how things were built 30 or 40 years ago and compare the methods, technologies, and workforce utilization of that era with today. Big difference. But it can be argued there has not been enough flux, not enough change, that there is more similarity than dissimilarity then and now, and that the industry is falling behind other industries in reinventing itself.

This concern is augmented by the industry's very real workforce shortage crisis What does tomorrow's construction industry look like and how will people be employed building things 30 or 40 years from now?

Following are 10 disruptive technologies, methodologies, and materials, some of which already are getting a toehold on today's construction job sites. If they are maximized, these and other innovations will reshape the industry and its workforce.

Note that the coming changes will require changes in workforce education and training. The McKinsey Global Institute has projected a significant shortfall of sufficiently educated workers as early as 2020. A World Economic Forum report one year ago acknowledged “the serious challenge” that increasingly sophisticated technologies pose for a workplace that “demands new and broader skill sets at all levels” of construction companies.

Some construction workplace changes here or on the way:

(1) 3D modeling and printing are beginning to upend traditional engineering methods. 3D—or three-dimensional—prints create a physical object from a digital design. This “additive manufacturing” process is tentatively being employed across many industries, including fabrication of concrete beams and other building components. Combined with building information modeling (BIM) and what has become known as the internet of things (IoT), 3D construction is moving ahead.

What this means for workers: Obviously, computer techies are a core workforce for this work. But it also is likely to ramp up fabrication of building components in factory settings for eventual shipment to worksites, which will shift some workers to manufacturing and transport segments of the industry.

(2) Robot-swarm construction uses small robots to build structures as a team, each one acting independent of the other but in harmony. It is envisioned for use in, for example, levee construction under perilous conditions and other applications where tolerances are pliable and safety is marginal. In time, the swarms will be programmed for more general application.

What this means for workers: Rather than being supplanted by the robots, crew members will design projects, supervise the work, and maintain the robotic machines. The workers also will be kept from harm's way and excused from some mindless, repetitive tasks.

(3) Brick-laying robots are a reality, if in a token way. But the exactness that is a hallmark of computerized work systems lends itself to this segment of construction. Bricks and blocks are laid precisely, each tamped with the precisely same amount of pressure, and otherwise joined skillfully.

What this means for masonry craftsmen: loss of some jobs where the robotic systems can be employed. But there will be evident need for professional inspection of finished work to spot defects only a human eye can discern. What's more, the robot will need people to set up the process, supply materials, and maintain hydraulics and laser components, among other auxiliary roles.

(4) Drones already are a fixture on some worksites. They are deployed to give an airborne perspective to construction activity and close-up views of high-rise structures. They are expected to be used in the future for tool-transport and other transfer functions. In time, they may grow large enough to transport materials.

What this means for workers: Some survey and supervisory tasks will be lost to the technology. But drone pilots and support personnel will become more numerous in construction crews.

(5) Autonomous machines are developing less slowly in construction than in some other industries, such as agriculture. That's because construction sites usually are more compact and variable than cornfields. Still, articulated haulers, wheel loaders, and dozers are being tested or employed in mining situations and can be expected to gravitate into road-building and site preparation work.

What this means for equipment operators: a loss of driver's seat jobs, no question. However, as many people may program and monitor the machines as previously operated them. Workers will experience different roles but not a net loss of work opportunities.

(6) Fantastic new generation equipment will supplant the old. A YouTube segment highlights concept machinery of the not-too-distant future. These examples of evolved pieces of equipment incorporate advanced hydraulics, new materials, and smart technology. Agile and speedy excavators. Two-wheel engine/operator units (think Segway) that couple to a variety of haul bodies. Heavy equipment that transforms itself to accommodate terrain and conditions. Self-contained paving machines. And on and on…

What this means for equipment operators: new excitement! The featured machines are all human-operated, not robotic, and will be terrifically fun and satisfying to operate. Brand new toys!

(7) Amazing road surfaces are in our future. Engineers and scientists are turning pavement into so much more. Self-healing concrete will have the ability to chemically seal the cracks that lead to general surface deterioration. Road surfaces are being engineered as electricity generators and traffic regulators. And a Dutch company is researching recycled plastic roadways that are installed in sections.

What this could mean for construction workers: less concrete and asphalt labor but more fabrication of highway components in factories and assembly on prepped roadbeds. Job loss would seem to be minimal, but the work would change dramatically.

What this means for future construction workers: new methods for constructing iconic and ordinary structures, from self-supporting structures to stouter houses. Workers at every stage of construction may need challenging new skill sets and responsibilities as a consequence, but also may find new satisfaction in building.

(9) Transparent aluminum, as the name suggests, is a combination of durable metal and see-through glass. It sounds impossible but already is being tested in armored glass. It really isn't glass, of course, but a ceramic that is polished until glass-like. In construction, the material could be used in high-rises, with the shatter-resistant material subbed for glass and its supporting metal structure.

What this means for future construction workers: new construction methods for new materials. Some iron workers may choose to become factory workers where knowledge and love of metallurgy is a main credential.

(10) Building with carbon dioxide is a concept pushed by researchers on such campuses as MIT and UCLA, where processes are being developed to turn CO2 into a concrete-like material. The obvious side-benefit of the process is the recycling of too-plentiful carbon dioxide.

The impact of this on construction workers: cleaner air! More to the point, it enhances the construction industry's desire for sustainable development, which could help attract a different mix of people into the building industry. —CEG Blogger