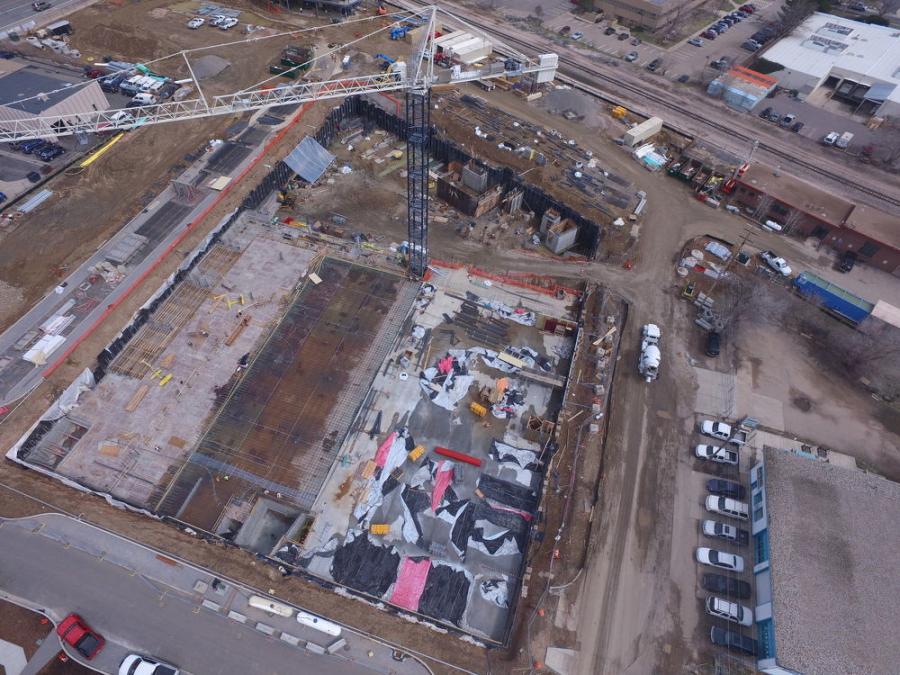 A $100 million mixed-use, transit-oriented village-style development is being constructed in a former Sutherland lumberyard site in Boulder, Colo.

S'park is a 10.3-acre mixed-use, mixed-income community at 3200 Bluff St., between Valmont Road and Bluff Street in Boulder, Colo. When completed, it will feature 272 multifamily housing units. 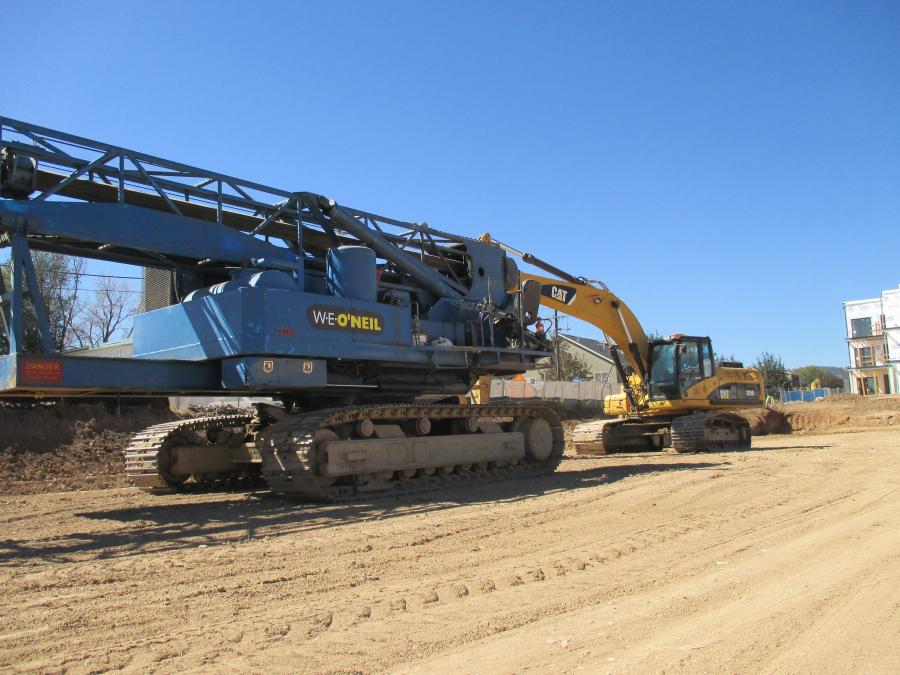 The name, S'Park is short for Sutherland Park. Sutherland Lumberyard operated at the project site for 38 years before closing in 2010. Demolition of structures on the 11-acre site began in summer of 2016. Workers began clearing the land, installing utilities and preparing building sites.

“S'Park will help build our community, just as Sutherland's did years ago,” said Scott Holton, speaking to a group of about 50 people attending a groundbreaking ceremony for two sections of the project, Timber and Market.

The project began in September 2017 of part of the development that features housing, office and retail space. Construction of three buildings is under way:

Timber will have 270,000 sq. ft. of interior space. It will offer 150 luxury apartments at market rate, including studio-, one-, two- and three-bedroom apartments, with a below-grade parking structure and ground-floor retail.

It also will include eight townhomes, 2,000 sq. ft. of retail space, a pool, gym and yoga studio, resident lounge and two levels of underground parking.

Anticipated completion is May 2019.

Market will feature 11,000 sq. ft. of retail and 37,000 sq. ft. of office space in a four-story office building. It includes a mezzanine and event deck, a ground-level brewpub called Upslope Brewing Co. 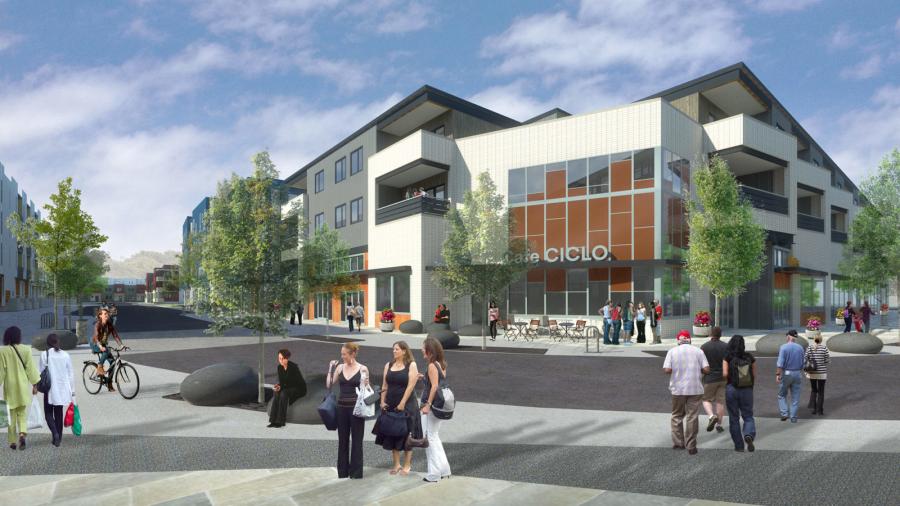 Ciclo spans 57,901 sq. ft. and along with apartments and shops, it will include some office space. Construction of Ciclo began in May 2017 and crews are continuing work this year.

Ciclo, which means cycle in Italian, is intended to be a showcase for creativity and community interaction in the S'Park development. The ground floor is designed to be a continuous showcase for Community Cycles, a Boulder-based nonprofit organization that promotes cycling throughout the community.

The upper floors of the building will be dedicated to 36 deed-restricted permanently-affordable one-, two- and three-bedroom residences.

The S'Park West neighborhood will offer housing for workforce residents and families.

S'Park West is Element Properties' multifamily project. Described as being permanently affordable, the development is being built in conjunction with the Sutherland Park (S'Park) project.

The planned S'Park West neighborhood will offer housing for residents in a location that enables a walkable and connected lifestyle.

Developers will propose S'Park as a LEED for Neighborhood Development Platinum project, a rating that requires green infrastructure, walkability, proximity to jobs and retail, among many other requirements. 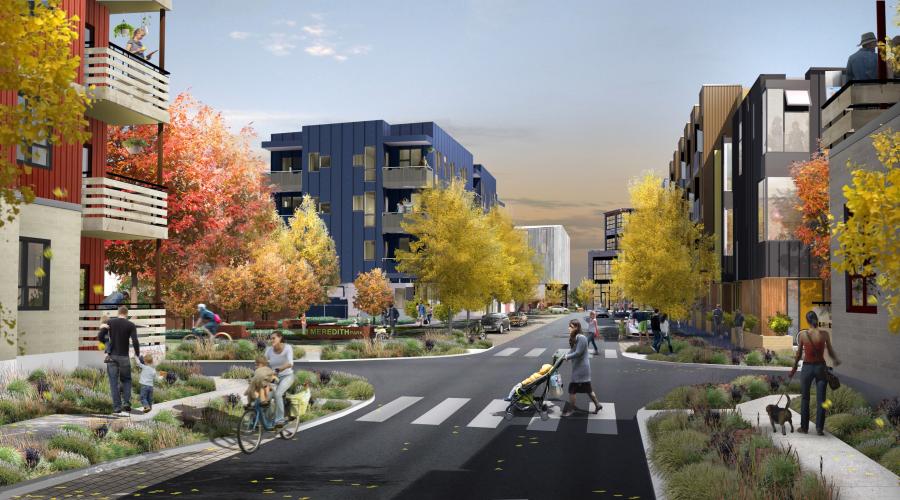 The S'Park site is part of Boulder Junction, a pedestrian-oriented redevelopment of 160 acres between Valmont Road and Pearl Street from north to south, and 30th Street to Foothills Parkway from west to east.

Buildings in S'Park will stand either three stories or four stories tall.

S'Park is described as a place to live, work, eat, play and stay. It will be a modern village and a place for the creators, crafters and innovators.

S'Park is designed for a high-level of self-sufficiency. It will be the first Platinum LEED-certified neighborhood development community in Colorado.

The Building Council also sets a limit on the size of the development. For instance, the LEED project should contain at least two habitable buildings and be no larger than 1,500 acres.