Of the $102 million, $18.8 million will go toward restoration of six streetcars that last ran on El Paso streets in 1974. 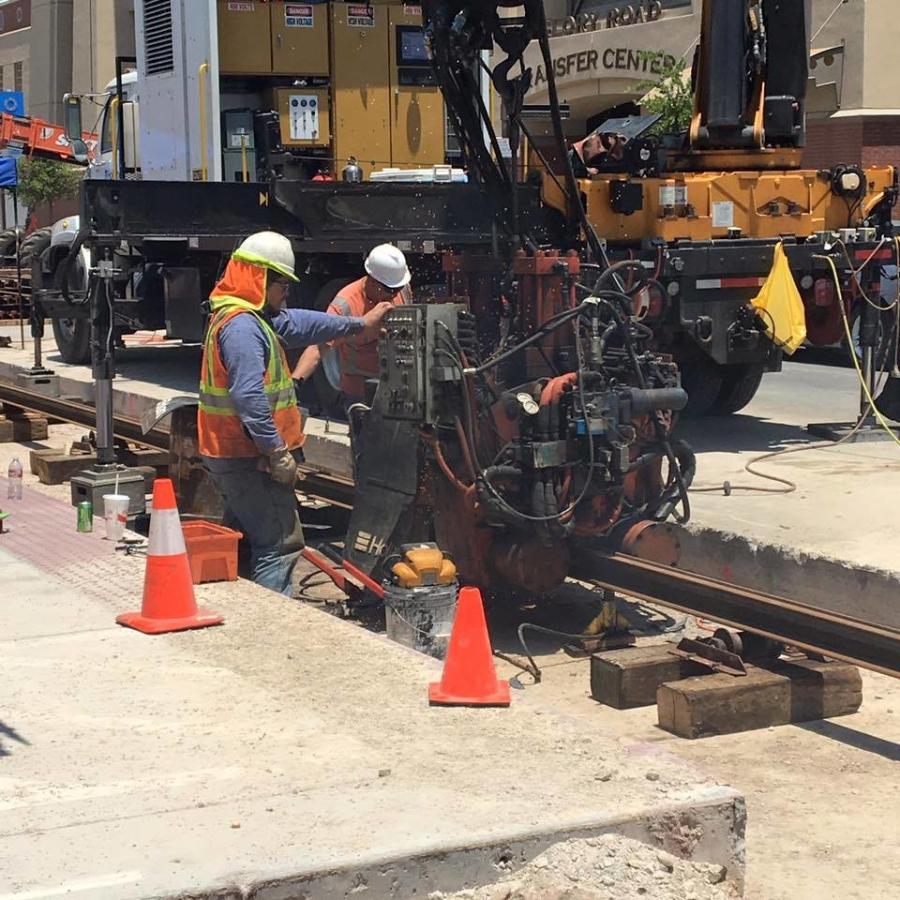 The clang-clang sound of streetcars will be returning to the west Texas border city of El Paso. Construction is under way on a $102 million, 4.8-mi. (7.7 km) electric streetcar system that will carry passengers on rails through downtown and uptown parts of the city including a stop near the Mexican border.

Of the $102 million, $18.8 million will go toward restoration of six streetcars that last ran on El Paso streets in 1974. The Texas Transportation Commission provided funding for construction of the project.

Infrastructure construction includes new asphalt and track on streets along the route, construction of substations and installation of overhead electrical connections for the cars. Meanwhile, the historic streetcars are being prepped for restoration or remanufacturing.

Brookville Equipment Corp. of Brookville, Pa., is in charge of restoring the six vintage streetcars. The company is known for manufacturing and restoring streetcars, as well as locomotive engines and mining machinery.

The streetcars being restored are known as PPC (President's Conference Committee) cars. They are owned by the city of El Paso, and are the same six streetcars that ran along downtown El Paso streets from the late 1930s until the system closed down in 1974.

Each car is receiving body work and being repainted to their original luster.

Because the cars sat stored in a dry desert climate, they were in surprisingly good condition when Brookville Equipment Corp. first inspected them.

Brookville workers have sandblasted the cars down to bare metal prior to painting.

Currently, focus is on laying cement and installing track atop the cement base. More than 3,000 cu. yds. (2,294 cu m) of concrete have been poured since early November, and so far, workers have installed more than 40 percent of the streetcar track. Total infrastructure is more than 50 percent complete.

The El Paso Streetcar Project is a joint effort between The Camino Real Regional Mobility Authority (CRRMA), city of El Paso and Texas Department of Transportation.

The mobility authority is responsible for constructing the project, using a design provided by the city of El Paso. Once operational, Sun Metro, the city's Mass Transit Department, will operate and maintain the streetcars and associated facilities.

According to published reports, it will cost about $2.5 million a year to run the trolley. Sun Metro is funded primarily through federal funds, sales taxes and rider fares.

The mobility authority heads up the effort to place track over the route, adding 27 stops and constructing a maintenance and storage facility.

The streetcars will run a route that consists of two loops.

An uptown loop will connect downtown to the University of Texas at El Paso, with part of the route passing through the Rio Grande campus of El Paso Community College.

One of the six trolleys will be a ceremonial vehicle with perimeter seating much like the original trolleys that traveled from El Paso to Juárez. The remainder of the cars will have forward-facing seats.

Father Rahm Avenue was one of the first areas where crews put in infrastructure for the project.

“It is the southern leg of downtown loop,” said Raymond Telles, executive director of the CRRMA. “It includes downtown retailers. The street remained open to public, pedestrians and vehicles during December. We are not complete with that section. Poles and track are in. Asphalt is in,” Telles said.

Crews and equipment were removed for the holiday shopping season and construction work shifted to Franklin Avenue and Kansas Street. According to Telles, workers returned to Father Rahm Avenue after New Year celebrations wound down.

Current heavy equipment on the project site includes cement and asphalt trucks, backhoes and delivery trucks. Crews also are using specialized lifting equipment for rail placement. Cranes were used to offload streetcar track from freight trains. Most welding is being done on site.

Excavation Kicked Off the Project

The first phase of the project was underground work that included utility placement and clearing any obstacles. Phase 2 features work on the roadway and phase 3 includes placement of poles and the overhead electrical system.

“We are heavy into track placement now,” Telles said.

The first loop of the project covering the downtown area is expected to be completed in early-to-mid 2018. Two of the streetcars will be tested by federal officials on the loop. Both loops are slated to be ready for commuters by late 2018.

As work progresses, some store owners are concerned about how the project will affect their business. They worry that road closures will pose problems at least for several months.

Local residents also are affected by the project — roads along the roadway are being torn up in preparation of laying cement and installing track. Some cross streets are closed, making alternate routes necessary.

“We have lots of traffic control plans,” Telles said.

He said the focus is on keeping traffic moving and avoiding business disruption as much as possible. A task force has been established for community outreach. Its members will provide frequent updates on road closures as the project moves along.

“It [taskforce] is a lot more active than with most projects,” Telles said.

Also an outreach group was hired. Outreach members conduct door-to-door visits. Construction meetings are held each week. Stakeholder meetings are open to public every Wednesday at the University of Texas El Paso event center, and open houses are held periodically.

“There's lots of coordination involved,” Telles said, adding that the public is informed in advance about the meetings.

A Facebook site provides releases about the project in advance. In addition, the city has a 23-hour hotline and provides media press releases.

The project was hit by a costly scam involving someone posing as a construction vendor requesting money for work. A total of $3.2 million was forwarded to fraudulent bank accounts.

The majority of the money was intended for the downtown streetcar project.

Fortunately investigators have recovered more than half the money in the ongoing case.

Officials report the project remains on schedule and on budget.

One long-term goal of the project, especially among city officials, is to encourage infill development in the downtown area and to support preservation of our historic neighborhoods. The streetcar project also should spur economic development.

But of prime importance is improving rapid transit and getting some cars off the roads. That is expected to reduce traffic gridlock and make travel safer.

The project could eventually include three phases. However current funding only supports one phase for the 4.8-mi. stretch.

Phase 2 would add a loop that would include the Medical Center of the Americas in Central El Paso and Phase 3 would restore service to Juárez.

Ridership of the new trolley system is expected to be about 1,480 riders per day.—CEG