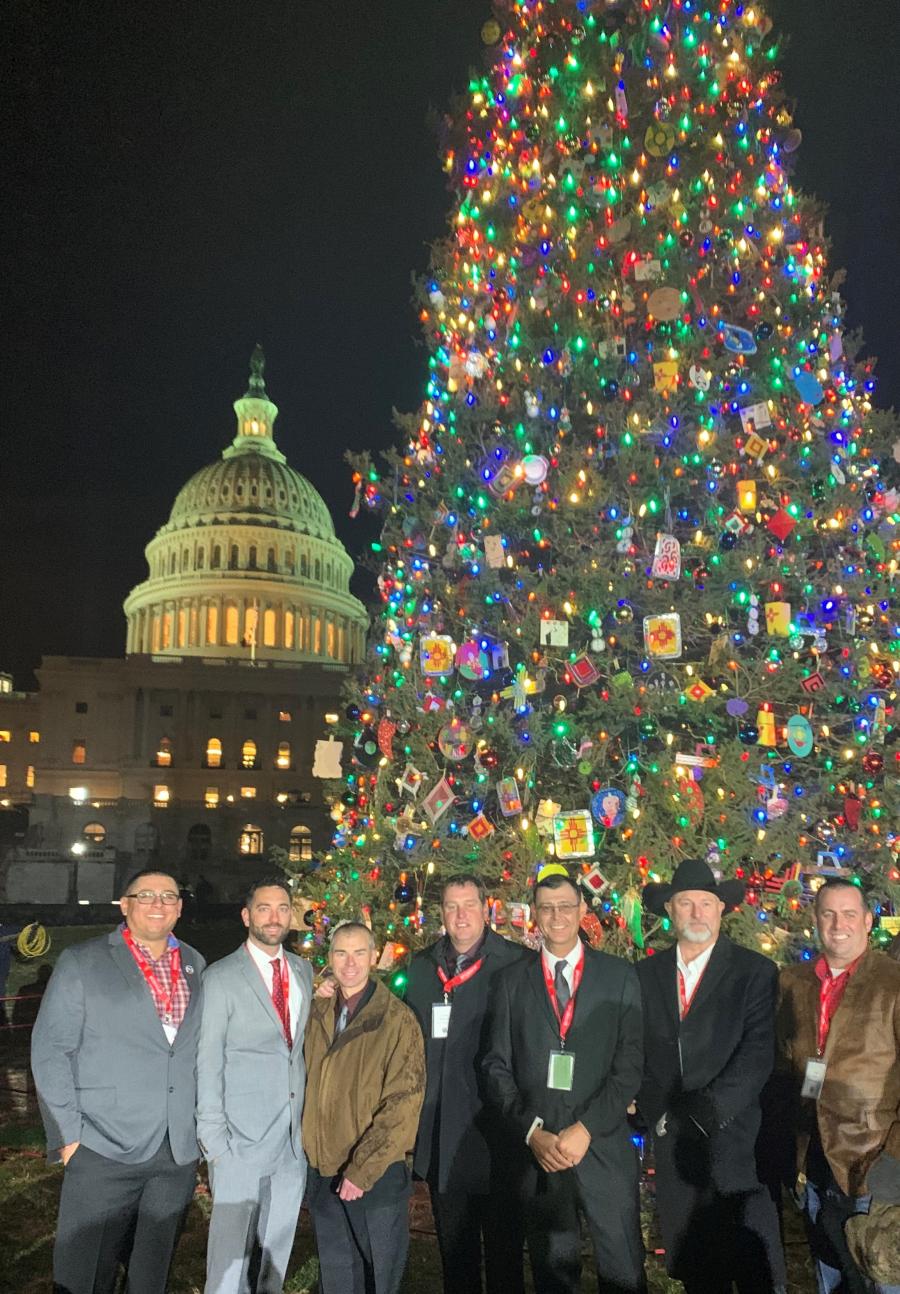 After a journey of more than 2,000 miles from New Mexico, the U.S. Capitol Christmas Tree was lit in a special ceremony Dec. 4, on the Capitol's West Lawn.

The tree was harvested Nov. 6 in New Mexico's Carson National Forest and transported to Washington, D.C., with a Kenworth W990 operated by Wilbanks Trucking Services in Artesia, New Mexico. The special 60-foot Blue Spruce is decorated with LED lights, along with ornaments made by schoolchildren in New Mexico.

The U.S. Capitol Christmas Tree tour, which began Nov. 11 in Red River, New Mexico, and ended Nov. 24 at Joint Base Andrews in Maryland, made 30 stops for community events while traveling across the nation. Thousands of people saw the tree and the Kenworth W990 during the stops and going down the highway.

"It was an honor for Kenworth to provide a truck to transport the U.S. Capitol Christmas Tree for the sixth consecutive year. Thanks to Wilbanks Trucking Services and its drivers for delivering the Tree safely and on-time and playing an important role in this very special tradition and celebration that brings communities together," said Laura Bloch, Kenworth assistant general manager for sales and marketing.

This year's theme was "Delivering Enchantment!" On the side of the Kenworth W990 hood, the graphics wrap showcased New Mexico's state flag, along with Ship Rock, a 7,177 ft.-high mountain rock that resembles a 19th century clipper ship. On the door and sleeper, the U.S. Capitol Building was shown with a Christmas tree, with the wording: "From the Land of Enchantment to Enchanting the Nation" written above the graphics.

The tradition of the U.S. Capitol Christmas tree started in 1964 by then-U.S. Speaker of the House John W. McCormack, who planted a live tree on the Capitol lawn. That tree lived three years before succumbing to wind and root damage. In 1970, the Capitol Architect asked the U.S. Forest Service to provide a Christmas tree. Since then, a different national forest has been chosen each year to provide "The People's Tree."