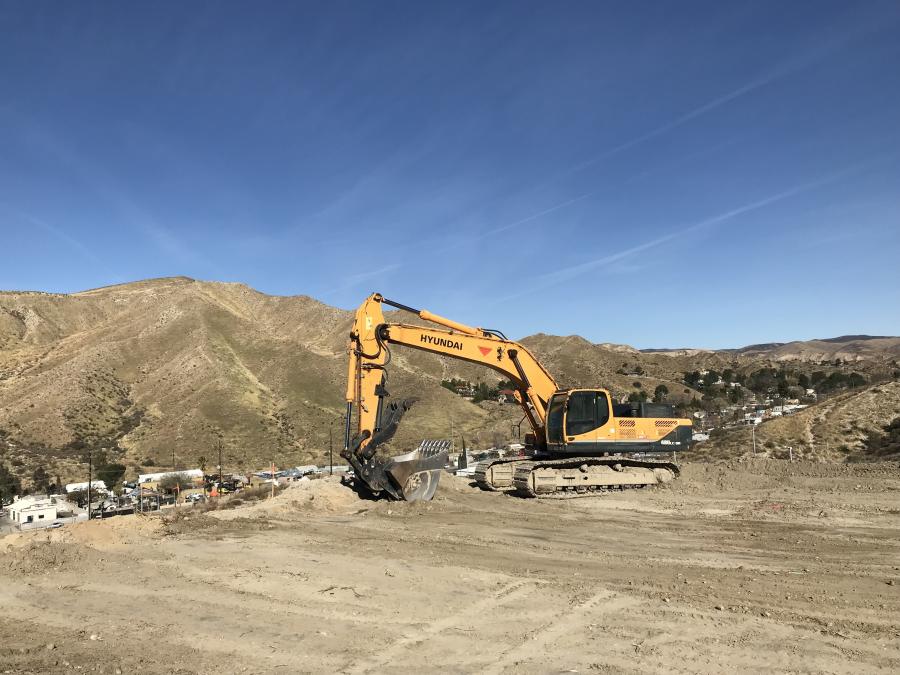 Triangle Enterprises works on demolition, earthwork and grading at the site of the new Science Building.

The Canyon Country Campus of the Santa Clarita Community College District has grown substantially in the last ten years. It started off as an education center comprised of modular classroom buildings 10 years ago and is now a fully functional, self-sufficient campus. The campus was built to increase access to higher education in the Santa Clarita Valley. Celebrating its 10th anniversary last year, its estimated that 10,000 students will earn credits at the Canyon Country Campus this year.

To meet the needs of the expanding enrollment and more than 5,000 classes offered, the campus is constructing a 48,000 sq. ft. Science Building that will house physical and biological sciences.

The Science Building is a new, ground up constructed, 4-story building which includes the adjacent site work. The facility will allow for various arrangements of the students with the first two building levels providing computer labs, study rooms, classrooms and lecture spaces.

The top two levels of the building will house laboratories and office spaces. Additionally, the facility will be able to accommodate various group arrangements to allow for instruction to a whole group, to small groups, or to individuals based on staff and student needs. The facility will incorporate various spaces including classroom instruction, lecture instruction, lab instruction, computer services, administration, storage and sanitation.

“Over the next eight to 10 years, we will be quadrupling the square footage of the campus with the addition of permanent buildings, starting with the Science Building,” said Will Karrat, director of facilities projects of College of the Canyons.

Future expansion in the district will occur at the Canyon Country Campus with plans to eventually build four two-story, and two three-story buildings totaling 240,000 sq. ft. When the campus is fully built, it will serve approximately 10,000 students per semester.

The $27 million Science Building is funded by part of a $230 million local bond voted on by the Santa Clarita Valley district. The remainder of the bond includes $21 million for a parking structure at the Valencia Campus of College of the Canyons and funds for three additional buildings at the Canyon Country Campus which are currently under design.

The College is using a multiple prime delivery method for construction of the Science Building. Lundgren Management of Valencia is overseeing the 25 prime contractors working on the project. Among them are Triangle Enterprises, based in Burbank, Calif., for excavation work; Santa Clarita Concrete for foundations; First Electric Systems of Brea, Calif., for electrical work; and RND Contractors, headquartered in Fontana, Calif., for steel construction.

Work on the Science Building began in December 2017 and will be complete in January 2020, in time for the spring semester.