The $550 million expansion and renovation of the north satellite will include adding eight new gates with a 240-foot extension of the building to the west. 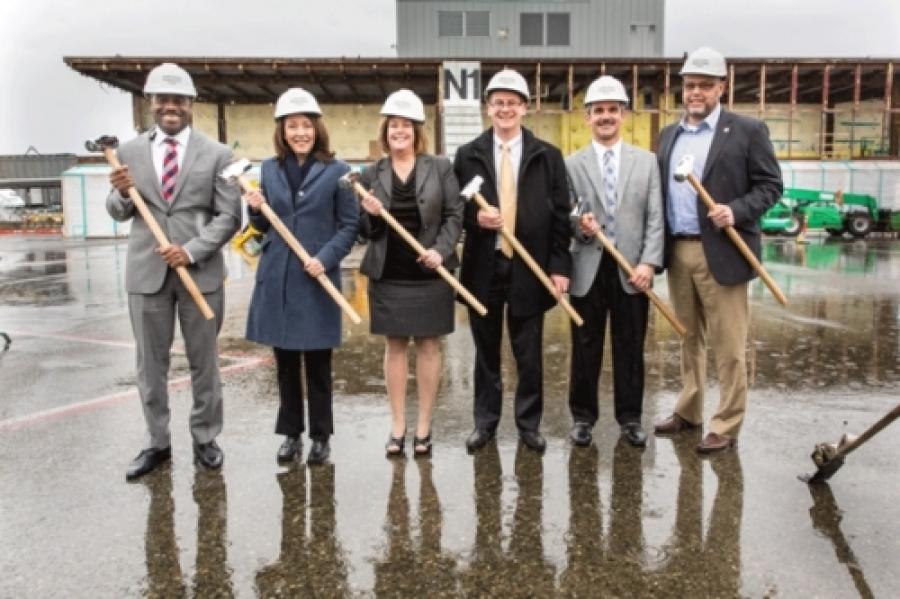 Seattle-Tacoma International Airport has officially broken ground on its North Satellite Modernization Project, which it says will expand and renovate the 44-year-old facility to better serve passengers and respond to continuing growth.

Washington Senator, Maria Cantwell, joined Port of Seattle officials, Alaska Airlines and labour representatives to pull a rope bringing down the west end of the current facility where the expansion will take place.

The $550 million expansion and renovation of the north satellite will include adding eight new gates with a 240-foot extension of the building to the west.

It will also add an upper level mezzanine, more than double the existing dining and retail square footage, and introduce a rooftop Alaska Airlines lounge with views of the Olympic Mountains.

“Passenger needs are changing – back in 1973, when this building was built, no one needed speedy Wi-Fi or power outlets to charge their mobile devices,” said Port of Seattle commissioner, Stephanie, Bowman.

“This project represents benefits not just for travellers, but also for the broader community, including more jobs in construction and airport industries, future opportunities for entrepreneurs in dining and retail businesses, sophisticated building plans to lessen our environmental impact and an artistic vision that our community can be proud of.”

Although the official figures for the US's top 10 airports are not yet in, Sea-Tac is confident that it is now the ninth busiest airport in the country based on the 45.7 million passengers to pass through its facilities in 2016.

“The groundbreaking underscores the significant economic opportunities Sea-Tac Airport provides to our region and our state,” noted Senator Cantwell.

“Improving our airports is important not only for travel efficiency and safety, but also for attracting more businesses and investment to the region.”

The North Satellite Modernization project is an unprecedented working arrangement between the Port and Alaska Airlines, Sea-Tac's largest airline and the sole tenant of the North Satellite.

Alaska is working with the Port with the goal of improving the flying experience from airport drop-off to departure.

Alaska is set to spend $41 million on the interior of the lounge, additional work space and other various improvements. Additional enhancements by Alaska Airlines include the roll out of the new look and branding in the ticketing and gate areas and a newly painted maintenance hangar.