$57M Project to Help Endangered Fish Might Not Work

A group of government biologists said recently that removing the weir and letting the Yellowstone flow freely is the best way to help pallid sturgeon avoid extinction. 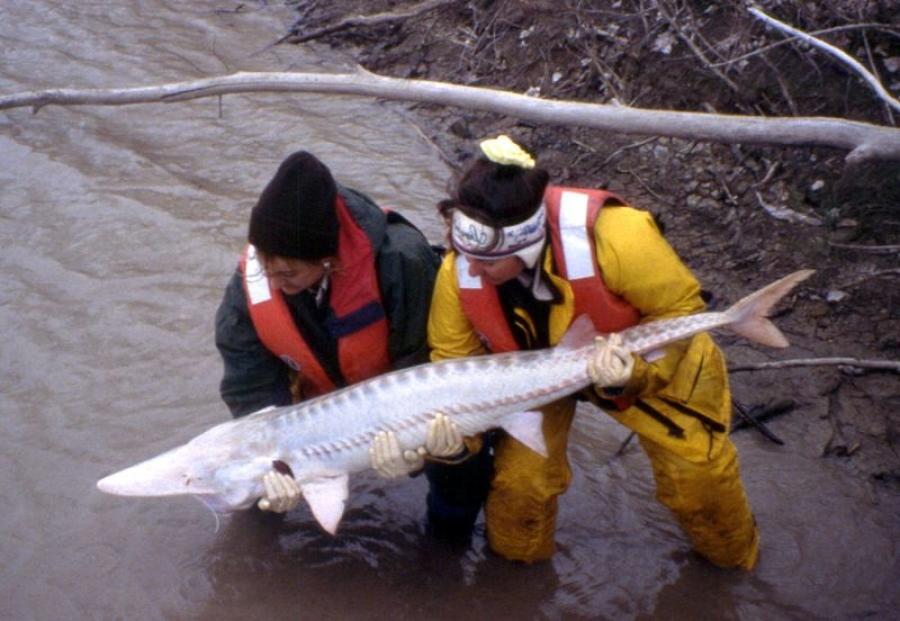 An independent panel of scientists and engineers conducted the peer-review study for the U.S. Army Corps of Engineers.

They said the agency provided no evidence the proposed bypass near the Montana-North Dakota border would help pallid sturgeon reach upstream spawning grounds.

The dinosaur-like fish for decades have been prevented from moving upstream by a rock weir called the Intake Diversion Dam. The weir is a porous, rock structure that diverts water for an irrigation system serving more than 50,000 acres of cropland in eastern Montana and western North Dakota.

Officials with the Army Corps and U.S. Bureau of Reclamation contend that replacing the weir with a concrete dam would ensure area farmers can keep getting water, while the rock-lined bypass channel would help sturgeon get around the structure.

Army Corps project manager Tiffany Vanosdall said the report has not swayed agency officials who back the dam and bypass channel.

She said the agency will provide members of the panel with additional research, including details on fish passages elsewhere that have been used successfully for species protection.

The panel's report “helped us understand some more of the information we needed to provide,” Vanosdall said.

The independent panel said after reviewing the proposal that it relies on untested assumptions and there's no way to know if it would work.

The panelists also questioned whether the helpless, newly born larvae of any pallid sturgeon that got through the bypass would survive as they drifted back downstream and over the dam.

Wayne Hubert, a fisheries consultant from Wyoming and member of the peer-review panel, said the group performed the work under a confidentiality agreement that bars its member from commenting publicly on their findings.

Pallid sturgeon are known for a distinctive, long snout and can live 50 years, reaching 6 ft. (1.8 m) in length. Believed to date to the days when Tyrannosaurus Rex walked the Earth, the population declined sharply during the past century as dams were built along the Missouri River system. They were listed as an endangered species in 1990.

U.S. District Judge Brian Morris blocked construction of the dam and bypass just as it was set to begin last year. The judge intervened after Defenders of Wildlife and the Natural Resources Defense Council sued to stop the project.

The two groups have proposed installing pumps and other equipment to deliver irrigation water to area farmers as an alternative to the irrigation dam and fish bypass.

A group of government biologists said recently that removing the weir and letting the Yellowstone flow freely is the best way to help pallid sturgeon avoid extinction.

Sturgeon inhabiting the lower Yellowstone have been essentially trapped downstream of the rock weir since it was built in 1905. At least one female fish managed to swim around the structure during high water in 2014, but that was considered a rare occurrence.

David Brooks of Montana Trout Unlimited said such a move represents the most viable option for saving the sturgeon.

“The evidence that the [Army Corps] has put forth to support the bypass channel alternative is completely theoretical,” Brooks said.