The move comes despite concerns among scientists that it won't meet its goal of helping an ancient fish species. 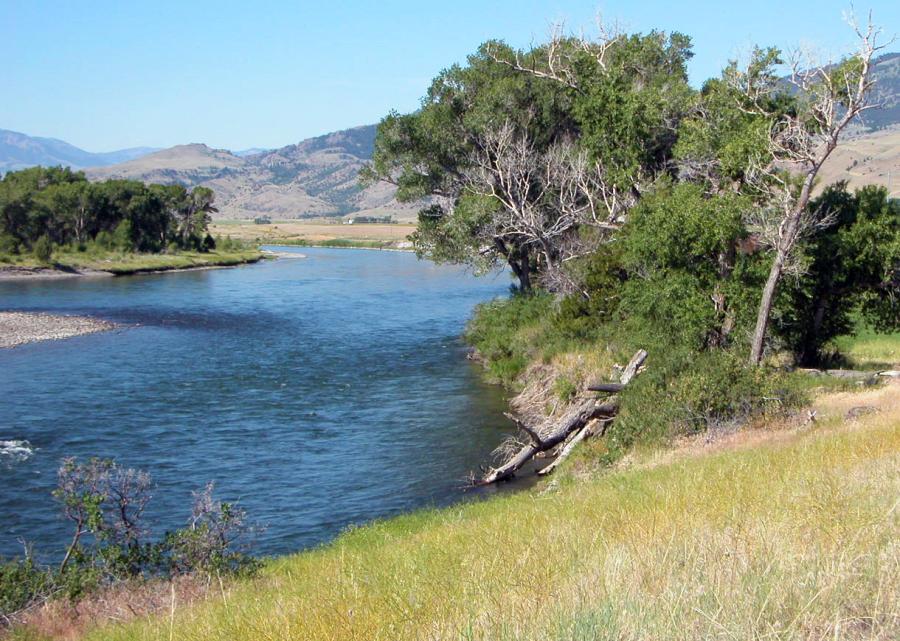 The dam northeast of Glendive would provide irrigation water for more than 50,000 acres of cropland in eastern Montana and western North Dakota.

BILLINGS, Mont. (AP) U.S. government agencies plan to push ahead with a $57 million dam and fish bypass on Montana's Yellowstone River despite concerns among scientists that it won't meet its goal of helping an ancient fish species, officials said.

A new 3,700-page, government-sponsored study of the project calls for no significant changes from an earlier proposal that a federal judge had blocked, according to representatives of the U.S. Army Corps of Engineers and Bureau of Reclamation.

The dam northeast of Glendive would provide irrigation water for more than 50,000 acres of cropland in eastern Montana and western North Dakota. The accompanying bypass is meant to allow endangered, dinosaur-like pallid sturgeon to reach upstream spawning grounds, by traveling up a two-mile-long channel.

But an independent scientific-review panel and Montana wildlife officials have questioned whether it would work, since no such project has been built with sturgeon in mind.

In response to those concerns, government officials cited research that showed pallid sturgeon elsewhere in the country successfully using natural side channels and bypasses that were built for other purposes. That suggests “a high likelihood” the new bypass would work, according to the government study.

Its design would mimic the characteristics of a natural channel.

Since early last century a rock weir across the Yellowstone has blocked sturgeon in the Yellowstone from moving upstream, preventing them from reproducing even as the population dwindled to just 125 fish. The dam and bypass, first proposed in 2010, were meant to solve that dilemma.

Pallid sturgeon was listed as an endangered species in 1990. Believed to date to the days when Tyrannosaurus rex walked the Earth, the population has declined sharply as dams and other obstructions were built along the Missouri River system, which includes the Yellowstone.

U.S. District Judge Brian Morris blocked construction of the dam and bypass as it was set to begin last year, forcing the agencies involved to do an extensive environmental impact analysis.

Defenders of Wildlife and the Natural Resources Defense Council have sued to stop the project. They argue the best option would be to remove the existing rock weir and provide irrigation to area farmers using pumps in the river.

The U.S. Fish and Wildlife Service will review the new environmental study.

A final decision by the bureau and corps is expected in December.