A Look Back: New Hampshire's Portsmouth Air Force Base 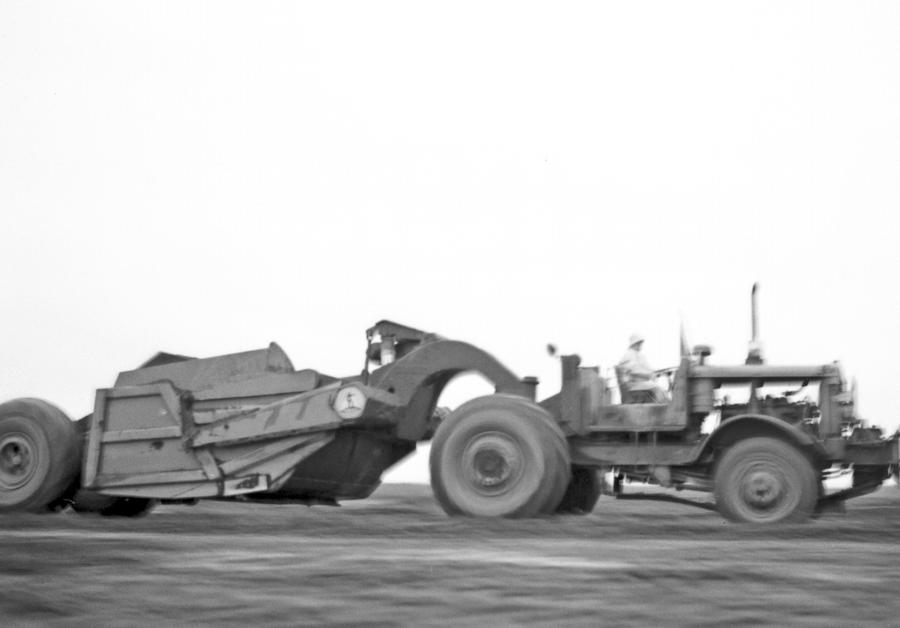 Akron University photo One of the 16 three-axle Euclid pan scrapers used for earthmoving on the project speeds back to the cut section in this 1954 photo.

The Portsmouth Air Force Base in Portsmouth, N.H., was built between the years of 1954 to 1956. The Cold War project was described militarily as a retaliation base. The joint venture team of Morrison-Knudsen Company of Boise, Idaho, and Landers & Griffin Inc. of Portsmouth, N.H., held several contracts for grading and paving which totaled approximately 20 million dollars. Morrison-Knudsen, a mega sized international firm, was the sponsor of the project. Five million cu. yds. of common excavation were completed. The runways and parking aprons required 423,000 cu. yds. of concrete, enough for a good sized dam. The immense parking aprons alone totaled 10 million sq. ft. of 14 in. thick concrete pavement.—CEG