A Plant Grows Near the 'Burgh 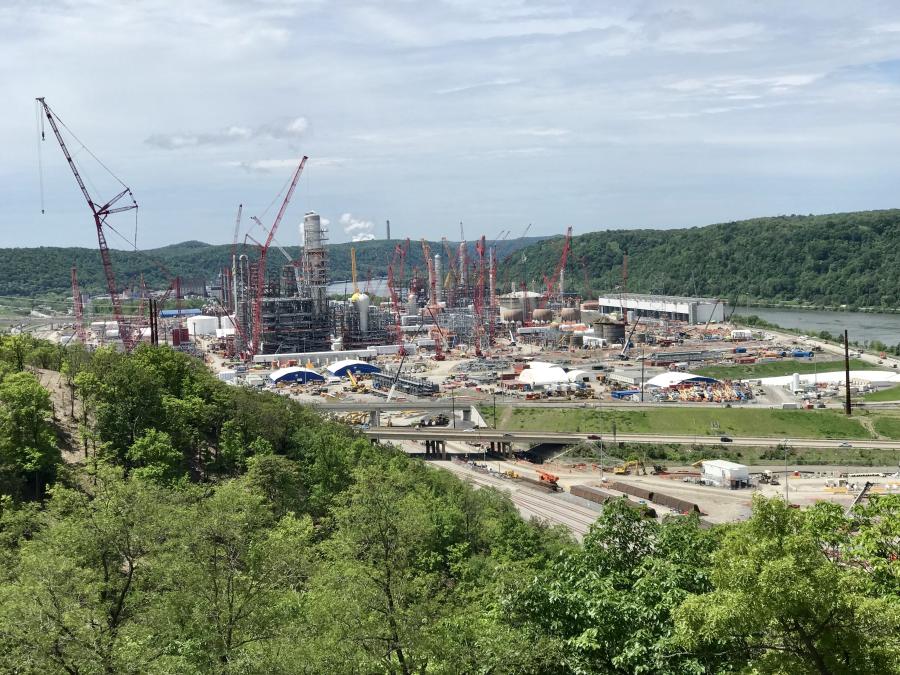 "Currently we have around 5,000 construction workers on site, with that number ramping up to a peak of 6,000 workers in the coming months," said Shell spokesman Ray Fisher in August. Once the facility is operational, sometime in the early 2020s, there will be 600 full-time workers."

Fisher reported that the final investment decision was taken in June 2016, and the size of the site is 386 acres.

"We will not disclose the cost of the project, nor a specific start date," he said.

He did report that Bechtel is the main contractor for the project. In May, approximately 100 cranes were on the job site.

The plant will include an ethylene cracker with a polyethylene derivatives unit.

According to reports, the complex will use low-cost ethane from shale gas producers in the Marcellus and Utica basins to produce 1.6 million metric tons of polyethylene per year.

"As a result of its close proximity to gas feedstock, the complex, and its customers, will benefit from shorter and more dependable supply chains, compared to supply from the Gulf Coast," a Shell press release stated. "The location is also ideal because more than 70% of North American polyethylene customers are within a 700-mile radius of Pittsburgh."

Fisher noted that the company does not disclose investment figures, but other sources have listed the cost as "multi-billion dollar." 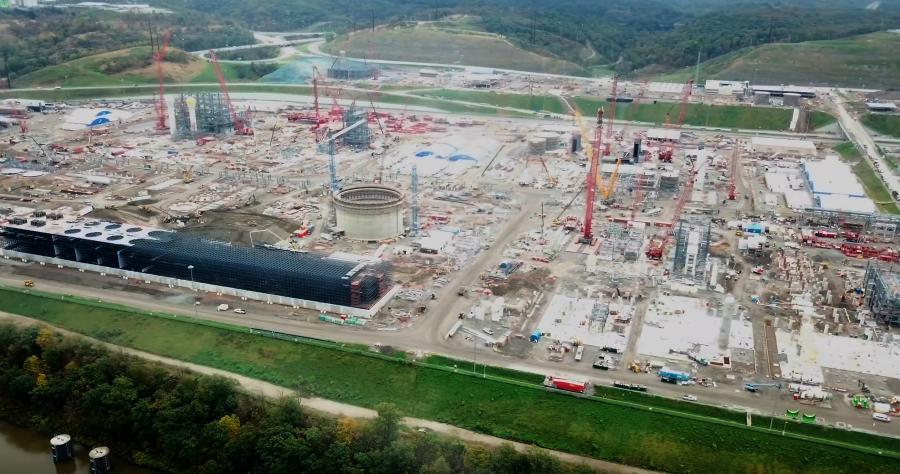 The plant was first proposed in 2011, with Shell Chemical searching the northeastern United States for a possible spot. On March 15, 2012, the company announced that Pennsylvania had been chosen. The state reportedly granted the company a 15-year tax amnesty window and a $2.10 additional credit for every gallon of ethane it purchases from Pennsylvania-based natural gas drillers. The company purchased the site of the former Horsehead Corporation zinc smelter for the facility, and the site was demolished in January 2015.

According to Shell, the finished facility will include:

A release from Shell noted that ethane, like propane and butane, is a natural gas liquid (NGL) found in certain natural gas deposits, including the Marcellus and Utica Shale Formations. NGLs are separated from natural gas and used for a variety of industrial, residential and commercial uses. Ethane is primarily used to create ethylene and will be the primary raw material for this facility.

Shell stated that the new facility will first break apart ethane's large molecules and re-arrange the carbon and hydrogen atoms to create ethylene. This is accomplished by heating the ethane to very high temperatures, greater than 1500 F (800 C), in one of the cracker's seven furnaces. Natural gas and "tail gas" (a hydrogen and natural gas combination from the furnace that is recycled) fuel the process.

The ethylene will be further processed to create different types of polyethylene. Polyethylene pellets then will be shipped to manufacturers via railcar and truck to make many of the plastic products that are used every day.

The plant will produce two different types of polyethylene, used to make products ranging from common every-day household goods to environmental liners for retention ponds that help to protect and preserve the environment.

The types of polyethylene will include:

Royal Dutch Shell was formed in 1907, and its headquarters are in The Hague, the Netherlands. The parent company of the Shell group is Royal Dutch Shell plc, which is incorporated in England and Wales.