A Transformative Approach to Highway Construction 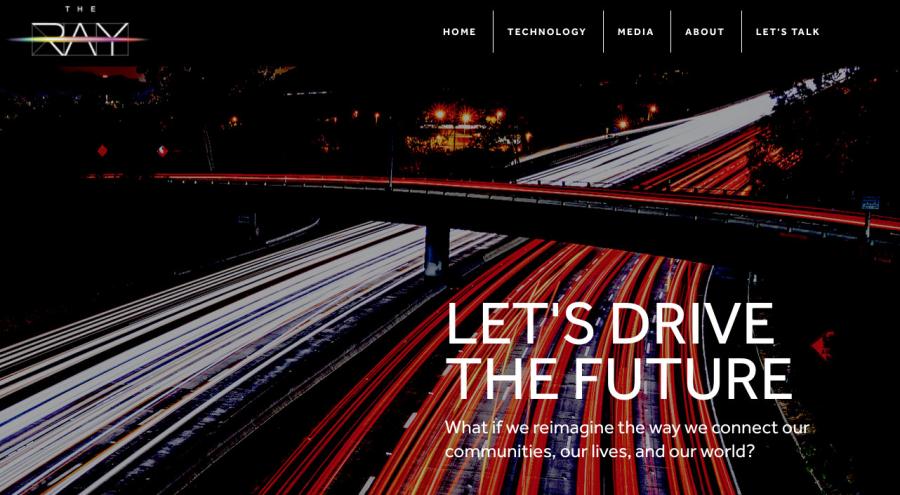 An 18-mile stretch of Georgia interstate is pushing the technological envelope with respect to safety and sustainability in road construction. By leveraging solar energy, recycled tires, vehicle telematics data and valuable roadside right-of-way, The Ray Project is showcasing how America's highways can be transformed into more ecologically beneficial, revenue-generating infrastructure.

"The goal that guides us is to use technologies that exist today to reduce carbon emissions and get to zero in terms of traffic fatalities," SAID Allie Kelly, executive director of The Ray Project. "We believe the technologies exist and are evolving rapidly to allow that to happen. We are also working with government to diversify funding sources for transportation."

The Ray Project is a non-profit organization that works in close collaboration with the Federal Highway Administration (FHWA) and Georgia DOT. Together they are committed to building a "Smart Highway" that is safer and more efficient.

"Projections show that connected and autonomous vehicles could help reduce crashes by 40 percent or more," Kelly said. "But we can't take advantage of these safety benefits unless we build a modernized infrastructure that enables the operation of these types of vehicles."

The Ray has been working with 3M to install specialized striping for connected roads.

Another element of safety has to do with vehicle telematics data. Working with the Georgia DOT and Panasonic, The Ray has been building a data management system for connected vehicle data streams. With 105 million connected cars expected on the roadways by 2022, that need for this type of infrastructure is becoming more urgent.

"We are deploying radios along the roadside," Kelly said. "Additionally, the Georgia DOT is deploying thousands of radios in the metro Atlanta area. Those radios can hear the data packet being traded between vehicles on The Ray. Some of this data is really interesting."

The data also has the potential of being very consequential with respect to safety and efficiency on the road. For example, numerous vehicles activate their wipers at a certain time. Several vehicles report loss of traction. A couple vehicles report an air bag deployment, which suggests a collision of some kind. This data could help first responders respond more quickly while also helping DOT officials warn other drivers and reroute them if necessary.

"The transportation data stream is equal to 15,000 years of television content," Kelly said. "That is why we need infrastructure to make the most of this technology. Big data means nothing without a brain [data management system] to make sense of it."

Another safety feature The Ray is testing is a tire safety station. A product called WheelRight analyzes tire pressure, tread depth and tire damage in less than 10 seconds — all with no human interaction.

Additionally, poor tire maintenance can lead to crashes. Products like WheelRight, when strategically deployed along the highway, could help drivers stay on top of tire maintenance, according to Kelly.

Those smart car data streams that can help improve safety can also help make highways more sustainable. The telematics data includes things like latitude, longitude, speed and heading. According to Kelly, this gives DOTs the opportunity to generate revenue through a usage tax.

"Right now there is an estimated 1 million electric vehicles in operation," Kelly said. "Forbes projects that annual sales will exceed 1 million by 2023. When that shift takes place, the traditional gas tax will not be enough to fund transportation."

The Ray's creative approach to roadside utilization can boost governments in other ways.

"We are building a megawatt solar plant on the roadside at clover leaf and diamond intersections," Kelly said. "We are using DOT and FHWA land — land the government spends a lot of money on to mow and maintain. DOTs can negotiate both land fees and lower rates with the utility company. They can also negotiate a portion of the renewable energy credits generated by each solar site."

Financial sustainability is one thing. The other consideration is environmental sustainability. On The Ray, the land around those roadside solar stations is now planted with native grasses and flowers that are pollinator-friendly.

The Ray also is taking agriculture into consideration. Staff worked with the Land Institute in Kansas to identify a unique perennial wheat that could be planted along roadsides. Kernza develops deep and extensive root systems that help prevent erosion. The wheat also helps sequester carbon while ultimately serving as a valuable commodity due to its fibrous nature. As Kelly pointed out, this type of wheat can be used to make things like tissue paper. The bonus is that for the farming community, no special harvesting equipment is needed.

Back on the road itself, The Ray has been using a modified rubber asphalt made from recycled scrap tires.

"This type of asphalt is quieter, resists cracking and produces less tire wear," Kelly said. "We as a society need to make better use of the millions of scrap tires we generate every year. Road surfacing is a great option — and it is something we can do right now all across the country."

The Ray also has been testing the concept of a solar-powered roadway. Essentially, solar panel modules are integrated with the road surface. Those solar cells generate electricity to charge electric vehicles as they drive down that roadway in the EV charging lane. Planning is under way for the first mile to open up in 2020. "Yes, something like this does cost money," Kelly said. "But there is an ROI every single day the sun is shining."

Allie Kelly of The Ray will be speaking at the Tech Experience at ConExpo-Con/AGG at 10:15 a.m. on March 10 and 12:30 p.m. March 12. There also will be an exhibit from The Ray in the Tech Experience so attendees can learn more about this transformative approach to highway construction in America.