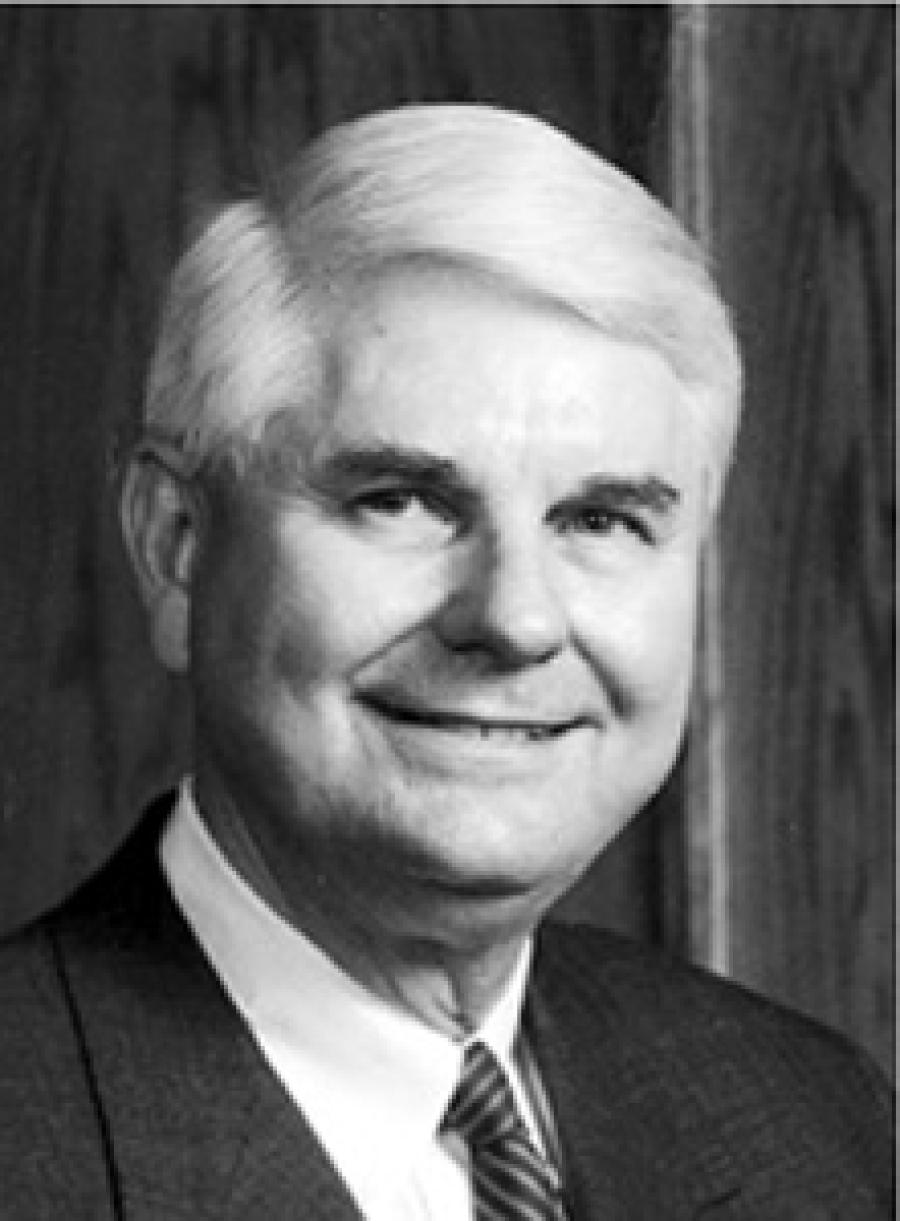 James D. “Doug” Pitcock, Jr., owner, Chairman of the Board, and CEO of Williams Brothers Construction Company, Houston, was awarded the American Concrete

Pavement Association's 2016 Hartmann-Hirschman-Egan (HHE) Award. The award recognized Pitcock for his leadership in both the transportation-construction industry, as well as one of the largest concrete paving contractors in the United States.

Pitcock, along with Claude and John Williams, founded Williams Brothers Construction Company in 1955. In addition to leading a successful company for more than six decades, he has served in many volunteer leadership positions, including national President of The Associated General Contractors of America, and twice as President of the Texas Highway Branch of the Associated General Contractors.

For the concrete pavement industry and ACPA, he has remained a solid supporter of the Association's mission through 23 years of membership. In 2008 he was a strong supporter of ACPA's financial commitment to the National Concrete Pavement Technology Center (CP Tech Center).

“It is a privilege that our Association enjoys when it highlights the most affective and influential people in our industry. Mr. Pitcock will forever be on the list of Hartmann-Hirschman-Egan recipients, which started in 1968 with the first award going to Jimmie Johnson, inventor of the slipform paving machine. We are extremely pleased to shine a light on Mr. Pitcock's achievements within the concrete paving community” stated Gerald F. Voigt, P.E., president & CEO of ACPA.

Williams Brothers often builds more than 2 million square yards of pavement annually, and under Pitcock's leadership, the company has earned a reputation for consistently setting and achieving high standards for paving production, efficiency, and quality. Pitcock's vision for the future also resulted in Williams Brothers operating one of the largest recycled concrete operations in the United States, demonstrating both a commitment and proficiency in sustainable construction practices long before

they were in vogue.

Among his many distinguished national achievements, he served in 1976 at the request of then President Gerald R. Ford, as a representative to the National Transportation Policy Study Commission.

as one of the “America's Top Construction Professionals of the 20th Century.”

He began his professional career in 1950 as an estimator for Farnsworth & Chambers in Houston. He then served as a First Lieutenant in the U.S. Army for two years before co-founding Williams Brothers.

Although Houston is his home and Texas is his business' home base, Mr. Pitcock is recognized and well respected throughout the United States. In fact, he was named one of the “Top 100 Private Sector Transportation Design & Construction Professionals of the 20th Century” by the American Road and Transportation Builders Association.

As testament to his skill and experience in advancing transportation issues, as well as his calm demeanor, a 1984 Engineering News Record cover story referred to Mr. Pitcock as the “gentle persuader.”

The award is one of the most coveted awards presented by the American Concrete Pavement Association. The award recognizes individuals and companies, as well as other organizations, for unparalleled commitment, dedication, participation, and leadership in the concrete pavement community.

First presented in 1968, the award was originally named in honor of Harold W. Hartmann, who served as the Association's Secretary-Treasurer from 1964 until 1974. In 1987, Robert E. Hirschman's name was added in recognition of his term as the Association's Chairman (then President) in 1967, as well as his tenure as secretary-treasurer from 1975 to 1987. In 2007, the name of Edward A. Egan was added in recognition of his steadfast leadership and dedication to the Association and the industry it serves. Among the stations he occupied was the ACPA's chairman in 1986, as well as secretary-treasurer—from 1988 to 2007, making him the longest-serving person in that capacity in the Association's history.