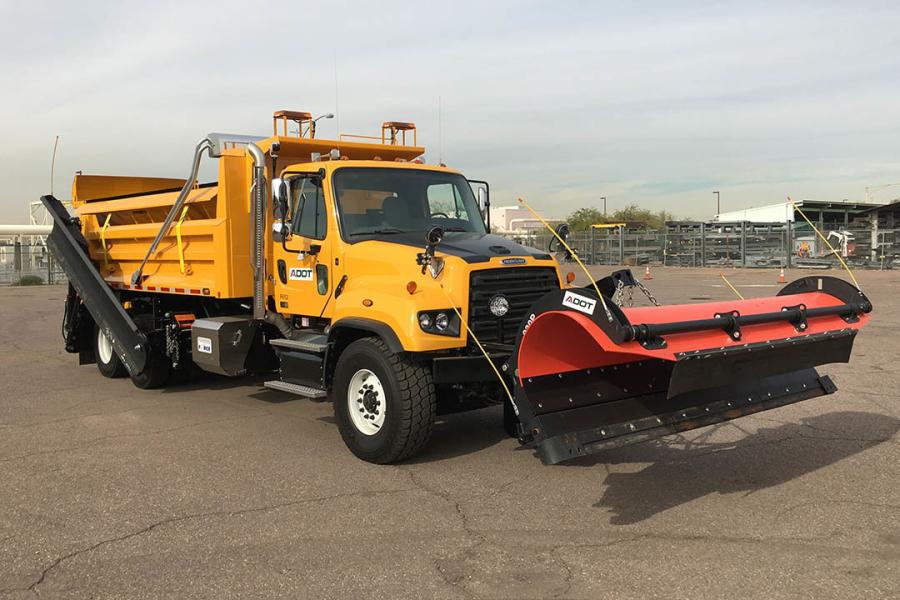 The Arizona Department of Transportation is adding 25 new "high-tech" snow plow trucks to its fleet of 200 units; trucks equipped with lighter, more flexible 12-ft. plow blades that can be adjusted from inside the cab. The agency added that those new trucks are being used almost exclusively on wider interstate highways, including I-17 and I-40 in the Flagstaff area.

The Arizona DOT noted in a statement on Dec. 20 that the new snow plow trucks cost $280,000 each and weigh 65,000 lbs. when fully loaded with equipment and deicing materials. However, the new trucks aren't winter season-only vehicles, the agency stressed, as when their snow plow-related equipment is removed, the vehicles serve as dump trucks for highway maintenance work.

The Arizona DOT also noted that the "bit" or bottom-edge section of the flexible snowplow blades on its 25 new trucks includes a shock-absorbing rubber insulator that improves contact with the highway's surface.

That helps the plow blade act much more like a squeegee along the pavement, the agency said; increasing the removal of snow and ice from lower, worn spots on the roadway created by heavy traffic volumes.