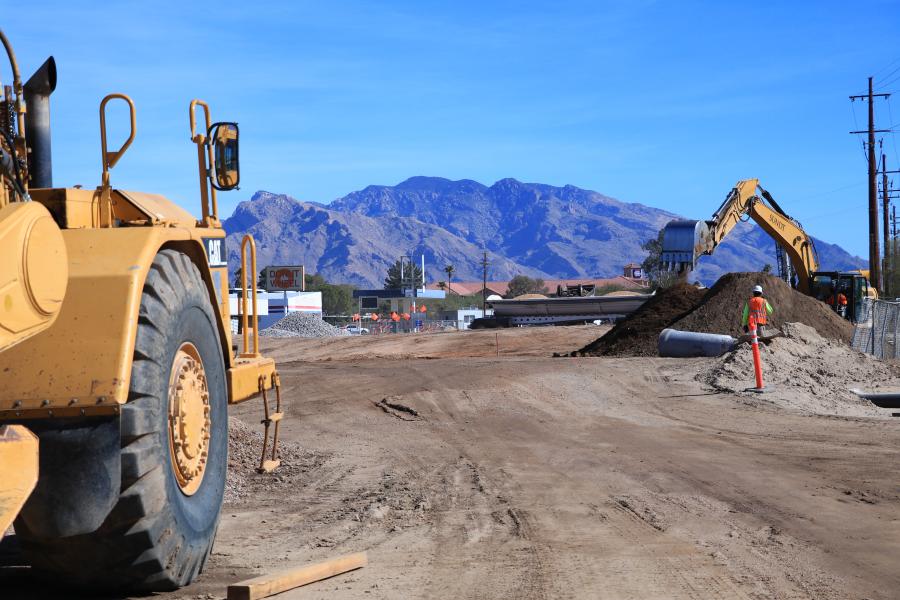 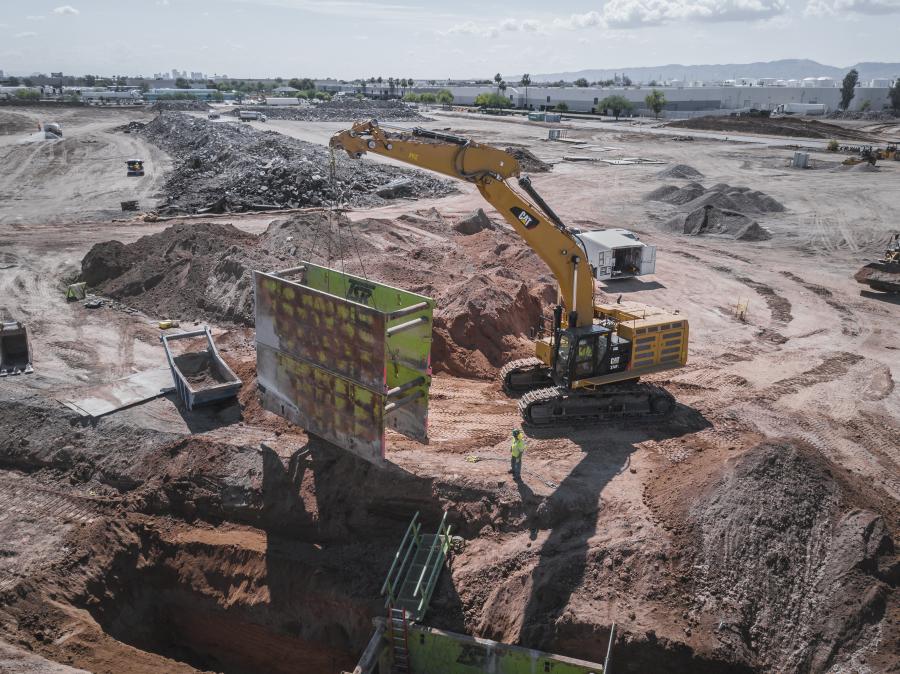 Work on the project began in 2017 and is scheduled to continue through 2019. The state partnered with multiple private firms — Fluor Enterprises Inc., Granite Construction Co., Ames Construction Inc. and lead designer Parsons Brinckerhoff Inc. — to form the Connect 202 Partners. After construction is complete, Connect 202 will provide maintenance for 30 years.

The South Mountain Freeway project is just one of numerous major roadway projects under way around the state.

Here's a look at some of the biggest:

Also, in the Phoenix area, work is slated to begin this fall on a diverging diamond interchange to replace roundabouts at the Interstate 17/Happy Valley Road interchange. The project is designed to provide efficient and safe traffic flow for a growing area of north Phoenix.

A diverging diamond interchange has one major difference from standard diamond interchanges common around Arizona in that local street traffic makes a temporary shift to the left side while crossing the freeway, allowing for direct left turns onto entrance ramps without waiting at an additional traffic signal.

The final project cost has not yet been tallied.

The $62-million project covers nine miles of SR 260 west of I-17 and is on schedule. By the end of this year, the stretch will be a divided four-lane highway with seven roundabouts at major intersections, increasing safety and capacity while handling traffic more efficiently.

The Arizona Department of Transportation has begun work on three projects in the Flagstaff area, including pavement improvements along 182 miles of Interstate 40 and Interstate 17 to address deterioration caused by snow and snowplowing; the large number of freeze-thaw cycles the area sees each year; and heavy use by commercial vehicles.

Crews recently started rebuilding the westbound lanes of I-40 west of Williams between mileposts 156 and 161. The eastbound lanes on this stretch were rebuilt prior to winter.

With work again under way on the $34 million project, westbound traffic on I-40 will cross over the median on a temporary road and share lanes with eastbound I-40 traffic through the project area, with one lane of travel in each direction separated by a concrete barrier.

Also in April, ADOT will start a pavement-improvement project on I-40 between mileposts 179 and 162 from Parks to Cataract Lake near Williams.

The $35.3 million project includes areas between mileposts 167 and 172 where crews will fully reconstruct the roadway.

In the next several weeks, a project replacing pavement on the northbound lanes of I-17 approaching Flagstaff will begin, with crews working from milepost 312 to milepost 340 near the I-17/ I-40 junction. The project will reconstruct northbound I-17 between mileposts 312 and 314.

This $24.4 million project includes replacing the bridge decks in each direction on the I-17 overpass at Willard Springs Road, near milepost 326.

The majority of the I-40 and I-17 work is expected to be completed this fall, with additional work happening the following spring.

Restrictions are set to begin for work on the I-17/I-40 interchange in Flagstaff, revamping I-40 bridges over I-17 and Beulah Boulevard. This $10 million project is scheduled to wrap up by the end of the year.

Later this year, crews will return to put down the final layer of asphalt, known as friction course, on I-40 between Parks and Riordan from milepost 179 to 191. This will complete a $13.9 million pavement-improvement project that began last summer.

In southern Arizona, ADOT and the Federal Highway Administration (FHWA) have initiated a project to widen Interstate 10 between Casa Grande and Tucson, from just south of Earley Road to Interstate 8 (mileposts 196-200) in Casa Grande. Work began earlier this spring and is scheduled for completion in fall 2019.

The project will add one lane in each direction adjacent to the median, with a concrete barrier separating directions of travel, and replaces the existing bridge over Jimmie Kerr Boulevard and the Union Pacific Railroad. The project includes installation of a fiber optic trunk line between milepost 186 and milepost 209.

Pre-construction work began in March on a project to reconstruct nearly 2 mi. of SR 347 in Maricopa on a new alignment that will include replacing the existing at-grade intersection of SR 347 and the Union Pacific Railroad tracks with an overpass. The work will occur between Hathaway Avenue and Desert Cedars Drive and also includes constructing a new six-lane realignment of Honeycutt Avenue, Honeycutt Road and the Maricopa-Casa Grande Highway; building a new connection between the Maricopa-Casa Grande Highway and Honeycutt Road; installing traffic signals and fencing; building sidewalks and raised medians; and establishing landscaping. The project is scheduled for completion by late 2019.

After a five-month break to accommodate winter agriculture traffic, ADOT crews in Yuma resumed an $8.1 million project converting the Araby Road interchange at Interstate 8 to modern roundabouts. Last fall, crews completed a roundabout serving the north side of I-8 and connecting with Araby with the westbound I-8 ramps. The roundabouts enhance safety and improve traffic flow. They are designed to accommodate large trucks, farming equipment and recreational vehicles.

Araby Road, also known as State Route 195, connects I-8 and the San Luis Port of Entry and is a vital corridor for international commerce. The interchange is one of the busiest intersections along I-8 in Yuma, used by about 22,000 vehicles per day. The new design is expected to accommodate increasing traffic in the area through at least 2035.