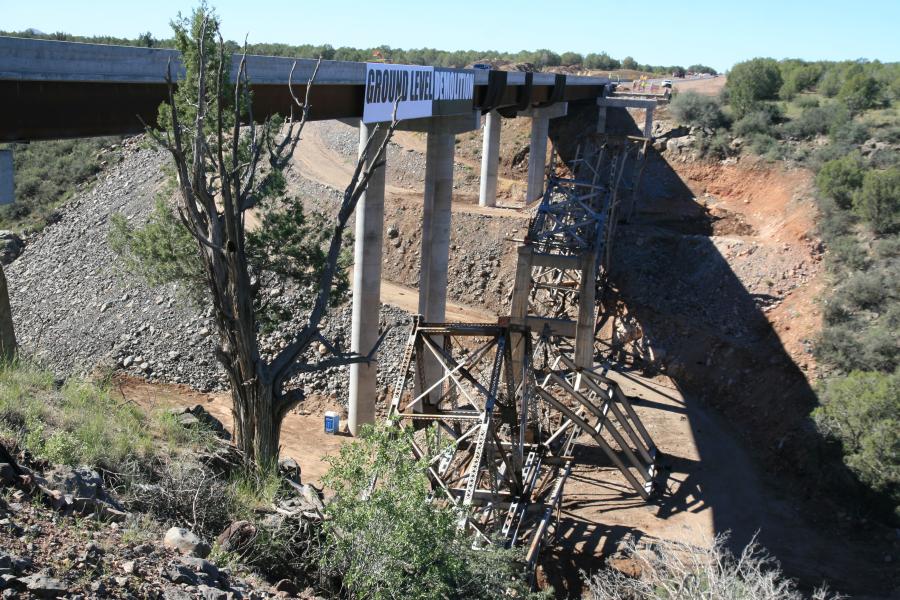 ADOT photo. The 62-year-old state Route 89 bridge at Hell Canyon was removed on

The 62-year-old state Route 89 bridge at Hell Canyon was removed on Sept. 16.

The Arizona Department of Transportation replaced the 1954 bridge, which no longer met state and federal design standards for larger and heavier vehicles, earlier this year. The new bridge is better able to accommodate commercial traffic, particularly oversized loads, between Prescott and Interstate 40.

Crews began dismantling the old bridge in August by removing the bridge deck. Contractors then used an implosion technique that caused the bridge girders to melt and allow the structure to collapse onto itself.

The new Hell Canyon Bridge, located about 18 mi. (29 km) north of Chino Valley between Prescott and Ash Fork, carries about 3,400 vehicles each day.