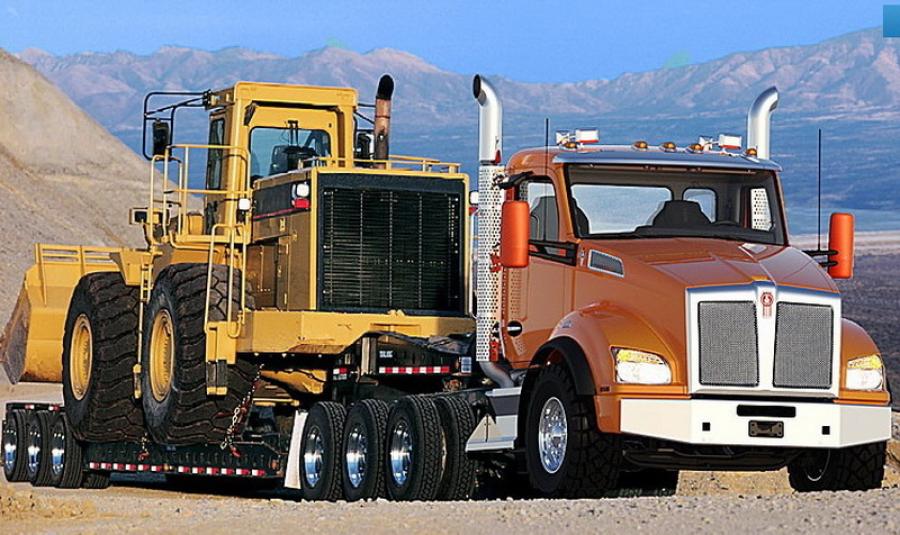 Oversized loads like this one will have an easier time traveling from Arizona into Texas to help with storm relief.

The Arizona Department of Transportation is helping urgently needed equipment reach Texas as quickly as possible by waiving fees and expediting permits so commercial vehicles hauling oversize loads can get there faster.

The effort began on Aug. 26, so trucks hauling eight emergency generators could depart a Caterpillar facility in Phoenix for Fort Hood, Texas, about 200 mi. northwest of Houston. The generators will provide power for emergency crews responding to areas flooded and damaged by Hurricane Harvey.

Officials with ADOT's Enforcement and Compliance Division, which operates commercial ports of entry, checked the weight of the trucks to be sure they could safely cross all bridges on Interstate 10, then contacted ADOT's commercial vehicle port of entry in San Simon and elsewhere along the route to report that the trucks wouldn't have the usual permits but should be allowed to continue.

“Arizona is doing everything it can to help the people who are struggling after this hurricane,” said John Halikowski, ADOT director. “As a transportation agency, we can help get equipment there efficiently and safely.”

The process will remain in place for similar transports as long as the presidential disaster declaration remains in place, though ADOT may have to change routes if loads are determined to be too heavy for certain bridges. All restrictions normally applying to oversize loads will remain in place.

ADOT is coordinating with other state departments of transportation to share oversize load requirements and keep shipments moving to Texas as efficiently as possible.