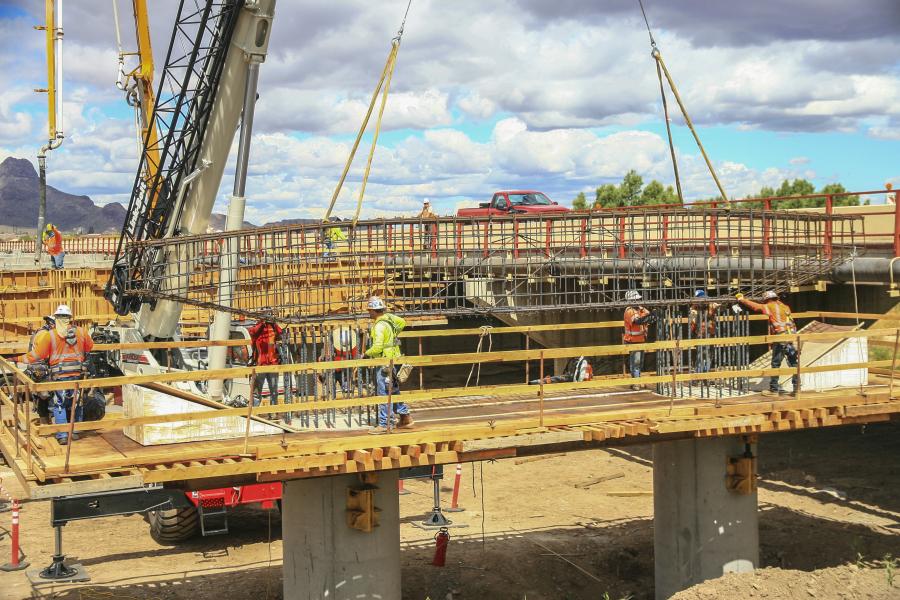 Besides providing better traffic movement, the $128 million project will improve safety at the location. (Arizona Department of Transportation photo)

Arizona Department of Transportation (ADOT) is improving traffic flow on Interstate-10 in Marana, Ariz., by constructing a new interchange bridge over I-10 and the Union Pacific Railroad Tracks at Ina Road. Besides providing better traffic movement, the $128 million project will improve safety at the location. Ina Road was closed in February 2017 and the project is on track to complete work in early 2019.

Funding for the work is provided by the Federal Highway Administration, Pima Association of Governments and the Regional Transportation Authority. Marana also contributed $7.9 million toward the cost of new bridges being built over the Santa Cruz River.

Ina Road will be widened to Silverbell Road west of I-10. An additional lane will be added, giving the highway four lanes in each direction. The project also will turn an aging intersection into a modern interchange. One of the major changes will be a new bridge to carry Ina Road traffic over I-10 and the railroad tracks.

The original bridge, which has been demolished, carried I-10 motorists over Ina Road. Crews have been working to rebuild a four-lane Ina Road west of the freeway. They dug holes for pillars to support the new bridge. A milestone was met at the end of January 2018 when westbound traffic was moved to the new eastbound pavement. That allowed for three lanes in both directions until the project is complete.

It also meant that the bridge and new westbound pavement could be completed.

“The new Ina Road bridge over I-10 is complete over the eastbound lanes,” said Tom Herrmann, public information officer of ADOT in Phoenix. “And with all traffic now on that pavement, we'll complete the bridge over the westbound lanes and the Union Pacific Railroad tracks.”

Once completed, motorists using Ina Road will enjoy smoother traffic flow without regular interruptions for trains passing through. Originally, it was two lanes in each direction on the east side of I-10 and a single lane in each west of I-10. The project will result in two lanes in each direction to Silverbell Road in the west. Ina Road will have two bridges, one eastbound and one westbound, each with two travel lanes.

About a half mile to the west, crews have been working on a two-lane bridge on eastbound Ina Road where it crosses the Santa Cruz River. In an early February update, Herrmann reported that the eastbound Ina Road bridge had been completed. In addition to bridges, the project includes new ramps.

“Because we are replacing the two I-10 bridges with a single Ina Road bridge, we are building an entirely new interchange, including on and offramps,” Herrmann said.

With the eastbound bridge in place, workers can now replace the existing bridge with a new westbound structure, giving drivers an additional lane in each direction. Initial work focused on the west side of I-10. Crews are now preparing to move to the east side of the highway.

The project is a joint venture consisting of Kiewit Corp. of Phoenix, and Sundt Construction of Tucson. The contract was awarded via ADOT's construction manager at risk procurement process.

The project features about 65 subcontractors. Some of the major ones include Case Foundation Co. of Phoenix; PACE Electrical Construction Inc. of Tucson, Ariz.; Stinger Bridge and Iron of Coolidge, Ariz.; Combs Construction Co. Inc. of Phoenix; and RGG United Contractors Inc. of Glendale, Ariz.

About 100 workers are on the job each day.

Here is what has been accomplished on the project since work started in 2017: 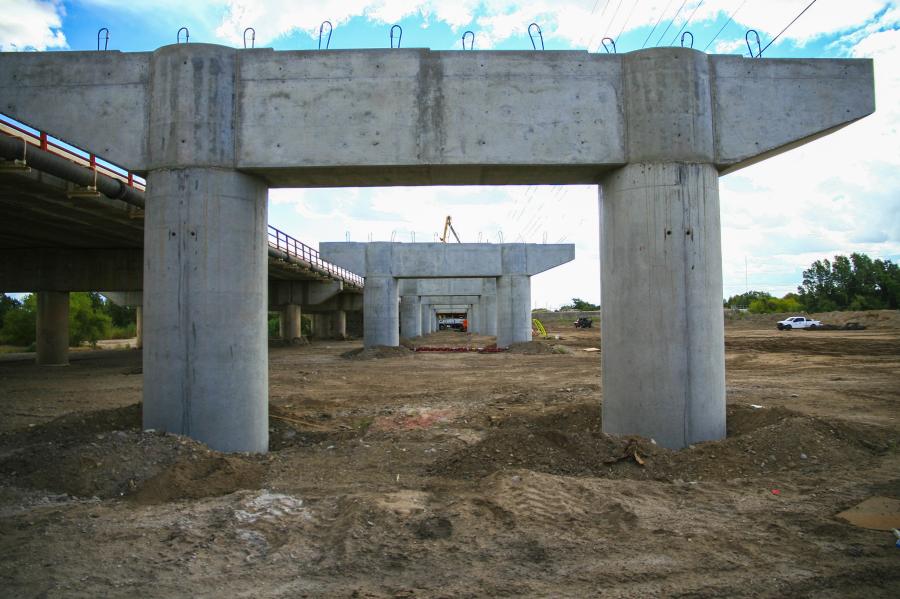 Here's where the project stands: 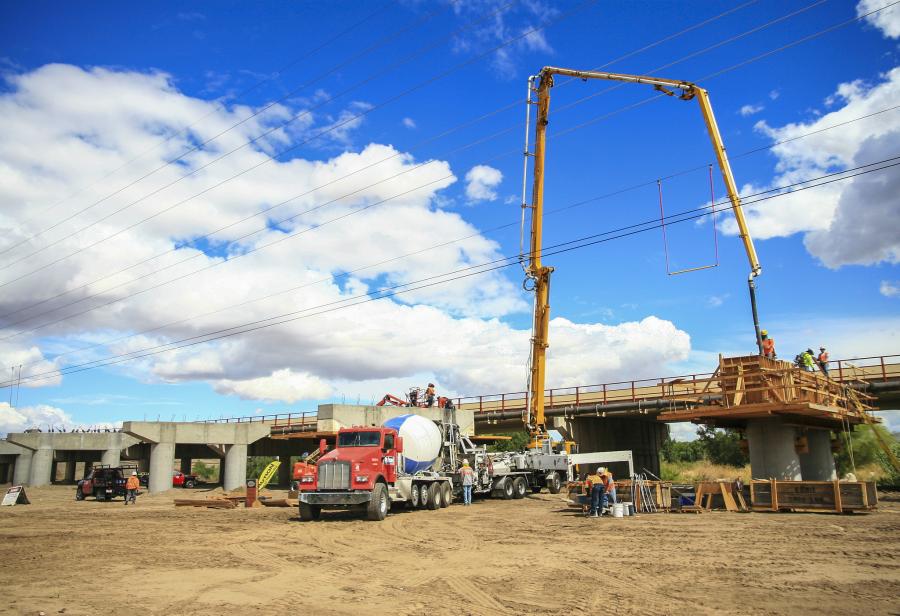 There were several reasons for the new interchange and the new approach, focused primarily on safety and traffic flow.

Safety: Traffic on Ina Road, including traffic entering and exiting I-10, was stopped many times each day for Union Pacific freight trains. Although there is not a history of crashes involving vehicles and trains at the site, traffic crossing railroad tracks creates a concern for safety.

Traffic flow: Marana is one of the largest cities in Pima County with a population estimated at 47,000. It's also among the fastest growing; the population was about 3,300 in 1990 and 34,000 in 2010. There is a strong demand for increased capacity in the area.

The project and the improved driving conditions are expected to have a positive impact on the area.

“Mayor Ed Honea has indicated that he expects Ina Road to become a new entry to the city,” Herrmann said. “He said the city already has seen companies buying land and obtaining zoning to build along Ina and Silverbell roads once this project is complete. He expects both commercial and residential growth in the area because of the improved roads and improved access to I-10 and the rest of the Tucson metropolitan area.”

Work on the new interchange is not expected to have significant impact on area businesses.

“The city of Marana, the Regional Transportation Authority and the Arizona Department of Transportation have all worked to support businesses in the area,” Herrmann said. The only road closures caused by the project have been Ina Road at I-10 and the frontage roads.

Hermann also reported that despite extreme summer heat reaching 115 degrees and hotter, and monsoon rains in 2017, the project is on time and on budget.