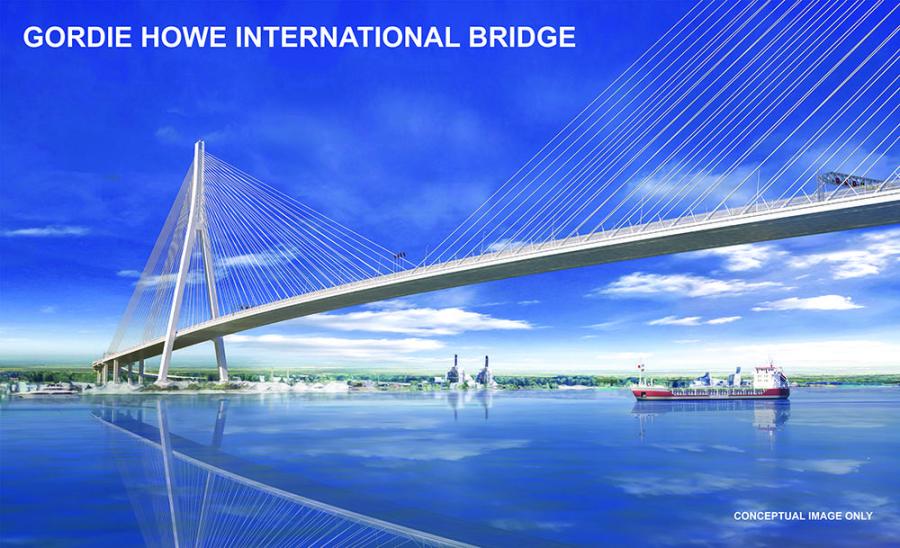 
AECOM, a premier, fully integrated global infrastructure firm, recently announced that it has been selected, as part of the Bridging North America consortium, to design the Gordie Howe International Bridge by the Windsor-Detroit Bridge Authority (WDBA). The project is being funded through a public-private partnership and will connect Windsor, Ontario to Detroit, Michigan. The value of AECOM's initial phase of the contract will be included in the Company's backlog for the fourth quarter of fiscal year 2018.

“We are honored to have been selected as the designer for this iconic piece of infrastructure, and for the trust WDBA has placed in AECOM and our Bridging North America partners,” said Michael S. Burke, AECOM's chairman and chief executive officer. “Bridges connect, and not only will this project provide a major gateway between Canada and the United States, it will support economic growth through job creation, tourism and trade. AECOM's diverse capabilities and design expertise are a good fit in delivering the world's most technically complex and transformative infrastructure projects, and our selection by the WDBA underscores the strengths of the company we have built.”

AECOM will be responsible for designing the six-lane, 2.5 kilometer-long cable-stay bridge with North America's longest 853-metre main span. The firm will also design a Canadian and a United States (U.S.) port of entry, and the Michigan Interchange, which includes road improvements and connecting ramps to the U.S. port of entry and I-75.

“AECOM has delivered some of the most complex, innovative and challenging bridge structures around the world, but this project is about so much more than the infrastructure,” said Steve Morriss, president of AECOM's Design Consulting Services group in the Americas. “AECOM's vast, global network of architects, planners, engineers, safety specialists, roadway experts, landscapers, interior designers, and dozens of other technical practices will collaborate across borders to bring this symbolic project to life - connecting and serving the local communities, regions and the world.”

Bridging North America's prime team members include AECOM and several other companies which bring significant experience carrying out major infrastructure projects in both Canada and the U.S.