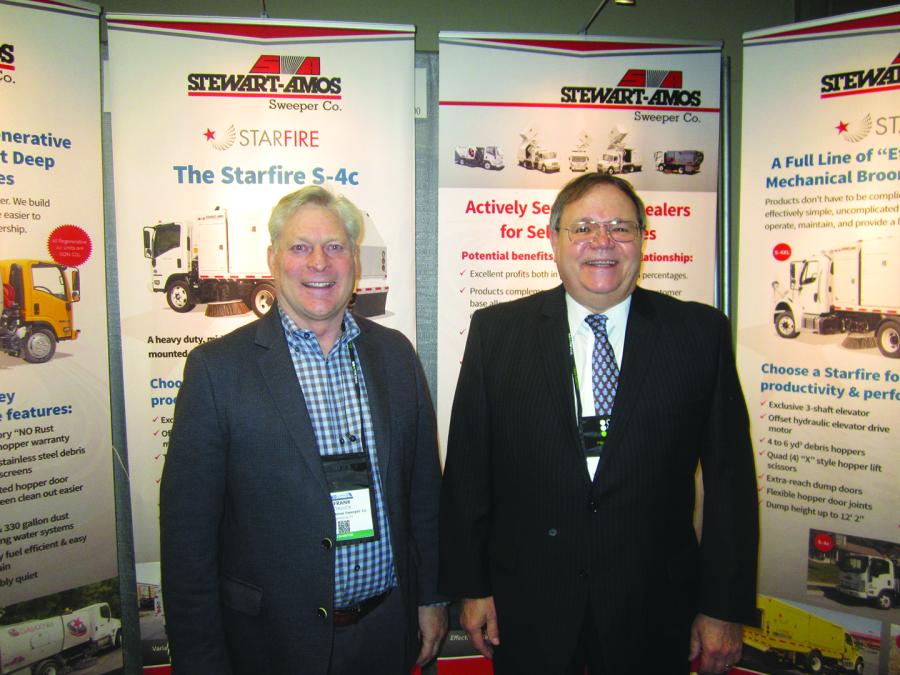 AED's Summit & CONDEX welcomed attendees to the Windy City for an unforgettable conference from Jan. 10 to 13.

This year, the Summit saw many changes and milestones for AED as an organization, which led to an event that was incredibly successful from AED's and its members' standpoint.

Attendance for this event was at an all-time high for a ConExpo year, and the Summit brought out many old and new faces at the Hyatt Regency Chicago. Attendees benefited from several networking parties, such as the new AED Foundation Fundraising Gala and 10th annual live auction presented by The AED Foundation and Ritchie Bros. that raised record-breaking donations to enhance the success of dealerships for years to come.

This year's event also included professional dealer education sessions on Jan. 10, for the first time. Education sessions, like the ones AED provides during the Summit, create more opportunities and time to learn about issues pertaining to the construction equipment industry. As the only event with education that caters specifically toward dealers, AED wanted to give its attendees as many possibilities to attend sessions that would benefit their growth. These sessions were separated by tracks, including executive leadership development, people management, product support, sales and the customer experience, customer engagement, small dealer and rental, which created an opportunity for attendees to grow develop their skills.

The keynote speakers provided different points of view on leadership and success and how these qualities can come in different forms. Richard Picciotto, the highest-ranking New York firefighter to survive the 9/11 attacks, discussed how bravery and courage come into play in careers. Daymond John of ABC's “Shark Tank” gave attendees an inside look at what it takes to build a company from the ground up and how to make it successful.

Former Vice President Dick Cheney gave an in-depth discussion of climbing the political ladder, starting his career working with Donald Rumsfeld. He shared anecdotes about his time at Yale and working with Rumsfeld that kept the crowd laughing. He also gave insight into running the country during times of devastation as vice president during 9/11, and sharing somber stories about that day, which made everybody contemplate a difficult time in American history.

AED is already looking forward to the 2018 Summit in Las Vegas at The Mirage, which will run from Jan. 15 to 19.