After 20 Years, New Stadium a Reality for Birmingham 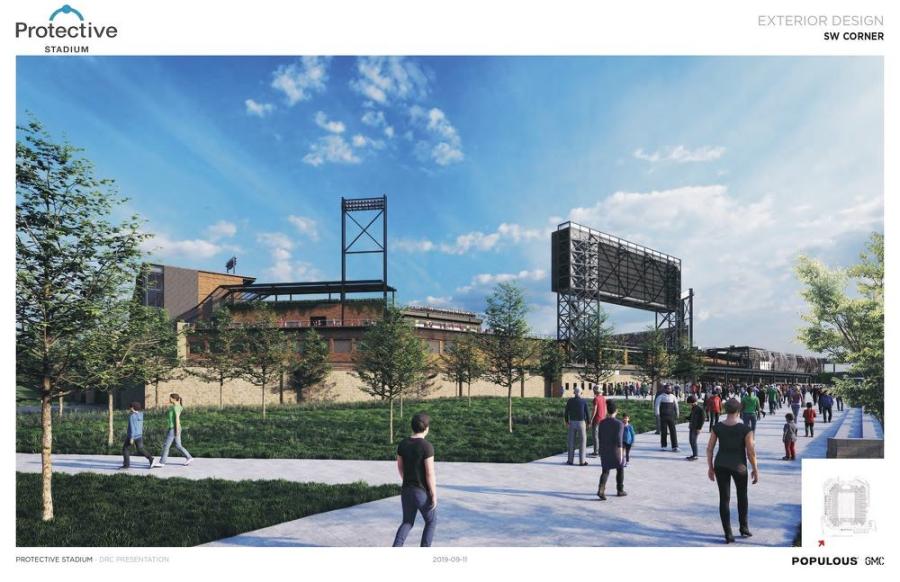 Artist’s rendering of what the finished Protective Stadium would look like on gameday.

Construction of a new open-air stadium that will serve as an investment in Birmingham's future is finally underway in north central Alabama. Protective Stadium, a $174 million undertaking, is located on an 18-acre site adjacent to the Birmingham-Jefferson Convention Complex (BJCC) north of I-59/20 downtown.

"The stadium project has been part of the conversation in Birmingham for over 20 years," said Tad Snider, executive director and CEO of the Birmingham-Jefferson Civic Center Authority. "The main driver was the reinstatement of the UAB football program. The project changes the overall regional competitiveness as a sports and entertainment destination. You must have both viable venues in your market to be competitive." 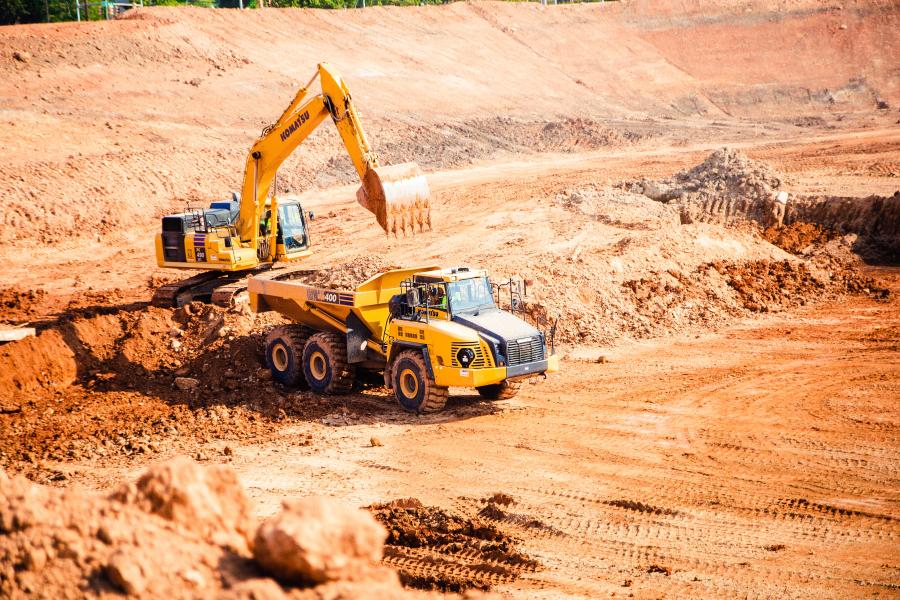 As a multi-use facility, Protective Stadium will be the site of athletic events, music performances and other activities. The highly anticipated structure, with a 45,000-seat capacity, is part of a $300 million renovation and expansion of the BJCC outlined in a master plan commissioned from Populous architects and released three years ago.

Legacy Arena (as it's now known) first opened in 1976, hosting a variety of sporting events and concerts. Renovation/expansion work is expected to be completed in 2022 at a cost of $123 million. Meanwhile at the nearby Sheraton Hotel, crews are renovating 380 rooms on the tower in anticipation of the crowds the stadium will draw.

Protective Stadium is estimated to be completed for the 2021 UAB football season, although the date is subject to change. Snider said the construction is taking place under less than ideal circumstances for his crew.

"It's not a good time to build," he said. "It's the worst possible time. The economy is good, and the construction industry as a whole is very busy. There is a lot of work in the market, and we are having a supply and demand problem. Materials are expensive and cost is being driven up because of it."

The stadium will include a field level and event level that holds the back of house and locker rooms.

"Then you come up to the concourse level. We have a mezzanine on one southern side of the stadium and a suite tower, which has club level, two suite levels and a press level."

Reaction from local residents, so far, has reportedly been positive.

"The Birmingham Community is extremely excited to see the project move forward," stated Snider, who added that he's impressed by how the overall design of the multi-use facility integrates different stadium design disciplines, such as the open concourse.

"We are working to have football and soccer fans enjoy the space, so we have design elements of both incorporated into Protective Stadium."

Snider said UAB officials have been in close conversation with the BJCC from the beginning, and the team is eager to start playing in the new stadium. 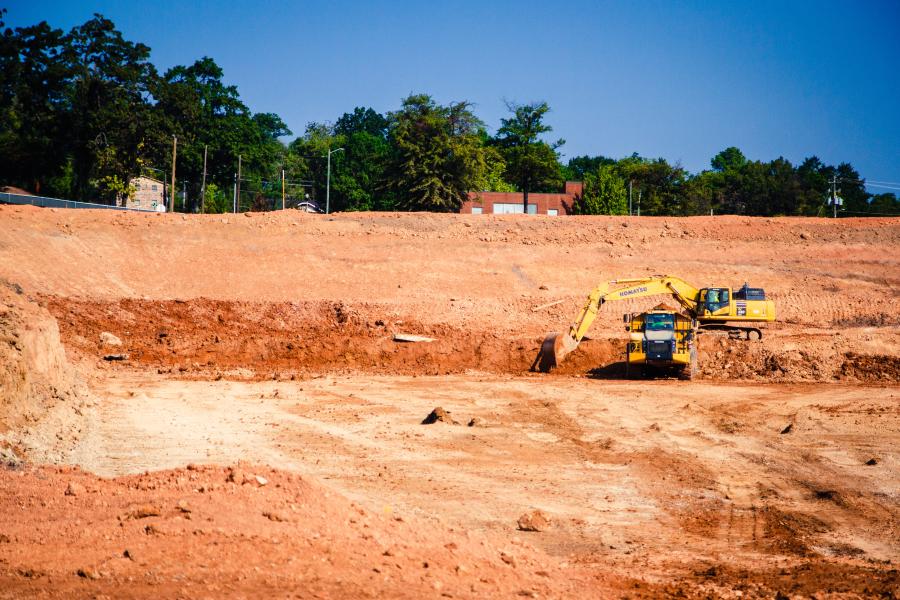 "This is a monumental day for UAB football and the entire city of Birmingham," said UAB Head Coach Bill Clark. "Protective Stadium is a huge step in our vision of making this program a national contender every single year, and we would like to thank everyone who has made our future home possible. Birmingham is growing together, and adding a world-class stadium in the heart of downtown will provide incredible value for our entire city."

According to BJCC senior project manager of design and construction Shelia Mills, the new stadium presents its share of challenges.

"From a construction perspective, the site logistics are extremely complex for many reasons, one of which is that we are building in an urban environment," Mills said. "There was poor soil that we had to haul off, and then haul in better dirt. Of the 100,000 yards of dirt, over a third of it had to go away and be replaced.

"I'm most excited about the use of the steel in the overall design. I love the large masonry block, and the way all these materials tie back to the new and old of Birmingham. We are trying to incorporate and connect all the different phases of our complex. The stadium is going to tie all of that together."

Some early stadium construction tasks have already been completed.

"Site preparation began in the spring of 2018, with a multi-million-dollar utility move project," Mills explained. "While the general contractor has not been hired yet, we went forward with soil stabilization and mass grading of the site to speed things along.

"The site had a good bit of existing infrastructure to be removed. You had roadways, curbs, parking lots, you had old retaining walls, deep foundations and a lot of sub subsurface materials that had to be removed."

Currently, crews are finishing the mass grading and bringing in offsite material for capping, which completes the first phase of the rough grading of the site. Construction milestones include site prep, deep foundations, structure, topping out and the dry-in, followed by finishes such as seats and the field. Workers have significant amounts of concrete to pour before all work is complete.

As for some of the main issues when building a project of this nature, Mills said: "There are lots of concerns. Building in an urban environment is difficult, and so much of what we are doing is weather dependent, from beginning to end. One of the biggest challenges is that we are working so closely with the interstate bridge project. We had to work around road closures and traffic being rerouted through our surface roads. Our four-block site is right alongside the ALDOT 50/29 bridge project." 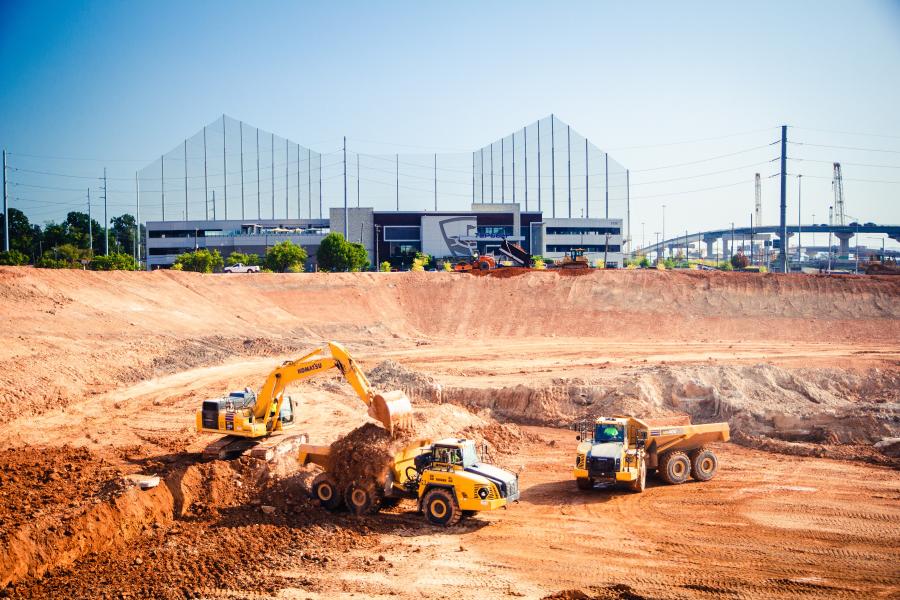 Regarding excavation/dirt work, Mills said it was challenging because the materials used were the type that can change according to the weather. The lower bowl of the stadium and the playing field also present unique obstacles of their own.

"Some of the deepest cuts were into the hill on the site, which got us close to some perched water," Mills explained. "We have some seepage in the area that causes complexities on the site."

A variety of earthmoving equipment is required on the job. The two main brands found on-site are Caterpillar and Komatsu. Crew members can be seen on rollers, dump trucks and track hoes, as well as a John Deere tractor because of the materials being used.

Mills said the field makes for a unique materials element.

"We have two distinctly different primary user types with football and soccer, who have very different expectations and desires for a play surface," she explained. "We are trying to find a suitable hybrid solution that will satisfy both. If we can figure out how to do this, we will be one of, if not the first, to have solved this problem."

Snider noted that much like any other construction project, weather has been a factor.

"We were fortunate to have just come out of an extended dry period when we needed it," he said. "We are, unfortunately, hitting a very wet period now, but it's at the end of the dirt work. It could have been a lot worse."

For Mills, the daily snags that must be dealt with are a small price to pay.

"It's very rare in a career that an engineer would have the opportunity to work on these huge projects. Protective Stadium, Legacy Arena and even the Sheraton renovation are all giant projects. It isn't often that you have these opportunities, particularly as a female serving in a key role. It shows how far the industry has come. The bridge work is a $700 million project, and the stadium and arena are $300 million, which means you have over a billion dollars of work in a five-year period in downtown Birmingham. That's huge in our industry."

Officials are working with several contractors on the project. CS Beatty, Russo and BL Harbert serve as program managers. Populous is the architect.

A formal groundbreaking took place in December 2018 with a small ceremony that featured public and private partners, as well as members of the community. Snider acknowledges that it's extremely gratifying to see construction moving forward.

"This conversation has been going on since the late 1990s," he said. "We have venues in the market that have needed reinvestment for a while. Our facility is over 40 years old, and these projects will significantly increase our competitive position in trying to attract sports and entertainment activities to the Magic City." CEG