After $370M Investment, Expect Smoother Drive on I-5 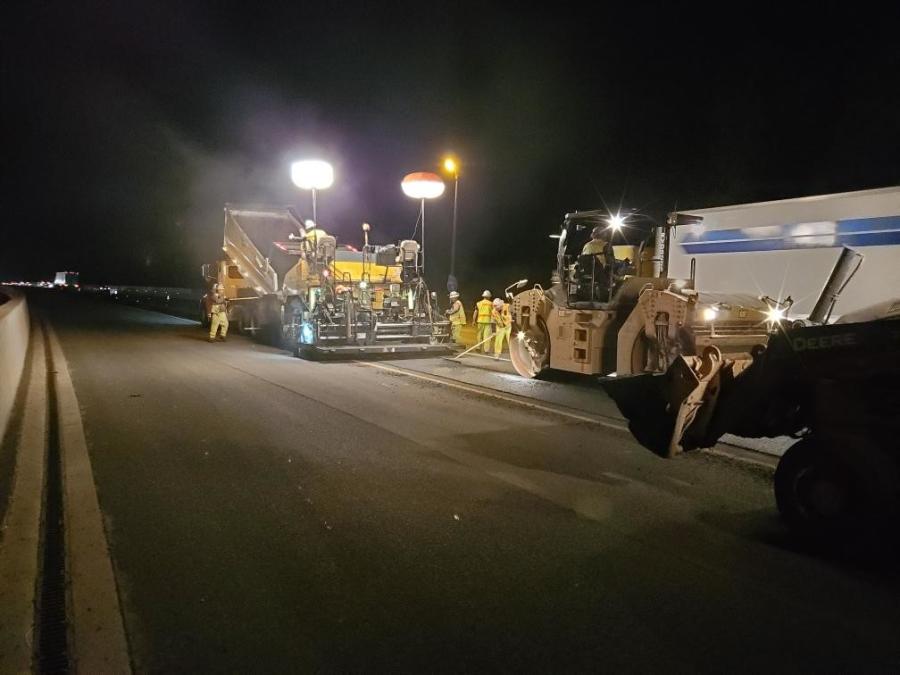 A $370 million project to improve and expand 67 mi. of I-5 through Sacramento will lead to smoother roadways, added capacity and an overall improved drive.

A $370 million project to improve and expand 67 mi. of I-5 through Sacramento will lead to smoother roadways, added capacity and an overall improved drive, but it's going to get worse before it gets better. For now, construction crews are doing much of the major work at night when there are fewer vehicles on the road. But daytime lane closures can't be entirely avoided and in the next year or so drivers will feel the pain.

"It will go from four lanes in each direction to two lanes, depending on the kind of work being done," said Caltrans spokesman Dennis Keaton. "Once you have those daytime lane closures in place you are going to have serious traffic backup. It will add 30 to 40 minutes on top of the normal commute. It won't happen for one to one-and-a-half years. So we're trying to get the word out. We're planning ahead. Some employers may allow employees to work at home, or change their shift hours so they are not caught in this commute time where it is going to be down to two lanes from both directions." 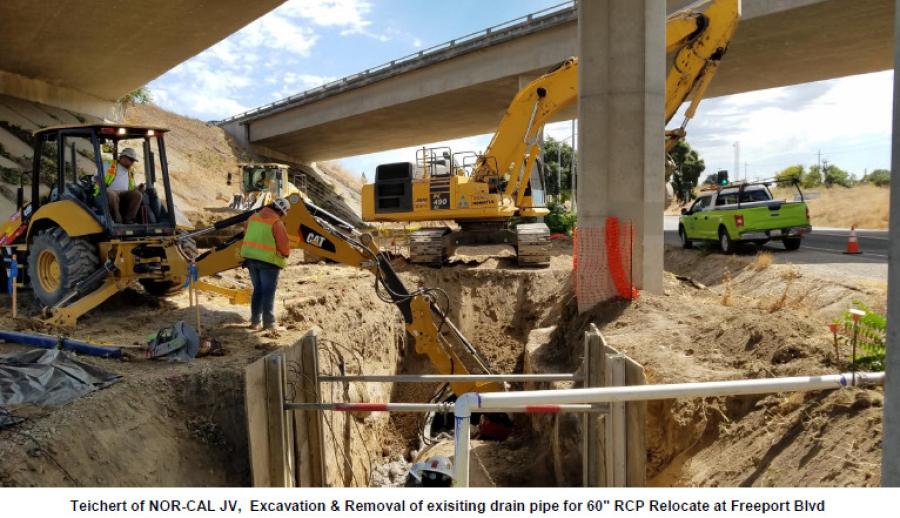 Work began in July 2019, with the official groundbreaking held in August. The project is expected to continue through late 2022, but could go longer if weather delays become necessary. The funding is provided by three sources, the bulk of it — $280 million from federal SHOPP monies, with additional funding from SB1, aka, the Californian gas tax, and Sacramento County taxes.

In addition to the rehabilitation of roadway, the project will build 23 mi. of carpool and bus lanes, add additional sound walls and improve the existing electrical and drainage. The 23-mi. stretch was put in place in the 1970s and is damaged, creating a poor ride for motorists, Keaton said. Caltrans began public outreach on the project in South Sacramento County as much as six years ago.

"Right now, the preliminary work is working on structures, having K-Rails put into place so shoulder work can be done," Keaton said. "A lot of the nighttime work is trying to get slab replacement done. There is a lot of the shoulder and drainage and electrical that can be done behind K-Rails. Some of it's been put into place already. There has been some lane shifts so there is more room for the heavy equipment working on these structures. There are 25 minute delays in some areas where it narrows down because it is just a new configuration."

The project also includes several bridges, one, a pedestrian overhead crossing that has to be demolished and rebuilt because it is not ADA compliant. That work will require one or two nights of complete I-5 closures when crews demolish the existing structure.

Aside from managing the heavy volume of traffic, one of the big considerations is the urban environment and proximity to residences.

"You have to take into account not only how you can get this project completed in a timely manner, but you are trying not to be too big an inconvenience to the traveling public. Because it is urban, you have to take into consideration the noise of the heavy machinery that is going to be used for the bridge structures. Typically, much of the heavy equipment is operated during the daytime, especially the pile work. That constant pounding around those structures has to happen during the day.

"That's the delicacy of it. Managing traffic and not being a noise disturbance at night time. Sometimes you just can't avoid it because of the nature of the work. It's going to take patience on the residents. Some of these residences' back yards are right up against the sound walls." CEG