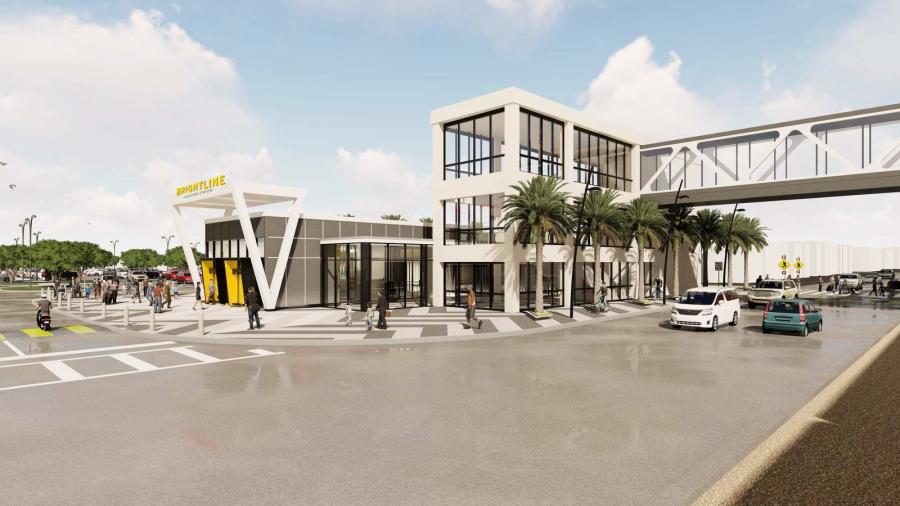 City of Aventura, Fla., Mayor Enid Weisman called the construction of the $76 million Brightline train's Aventura Mall station a "gamechanger" during a groundbreaking on Sept. 3.

"It's a gamechanger for northeast Dade, not just for Aventura," Weisman said.

Brightline is a privately run inter-city rail route between Miami and West Palm Beach, Fla. The company is currently building an extension to Orlando International Airport, which is expected to enter service in 2022.

There's no doubt that the new Brightline stop north of Miami is going to increase travel options for those in northeast Miami Dade. And, it should take riders only 15 minutes to get to Aventura from downtown Miami.

The station will be located adjacent to Aventura Mall on three acres at the 19800 block of West Dixie Highway/U.S. 1 and can be accessed from both the highway and NE 26th Avenue.

The project includes the construction of a new pedestrian bridge over the railroad right-of-way and Biscayne Boulevard, providing direct access to the shopping complex and the Miami-Dade Transit Bus Terminal at Aventura Mall.

"Residents from all over Miami-Dade County are going to benefit tremendously as they take the trains here to Aventura and other points in between and further up," Gimenez said.

The vote to go forward with the new train station by Miami-Dade County Commissioners was a contentious one. Commissioners finally passed the land swap and development deal in October 2019.

Skeptics were wary of the county's financial investment, but Gimenez told commissioners that the money would not hinder any other county transportation plans, and that he believed the new train station would serve as a catalyst to create more revenue through real estate development.

The Brightline Aventura Mall station was to have been completed by October 2020 but was hampered by delays caused by the coronavirus pandemic.

The project is now expected to be completed by the Autumn of 2021.