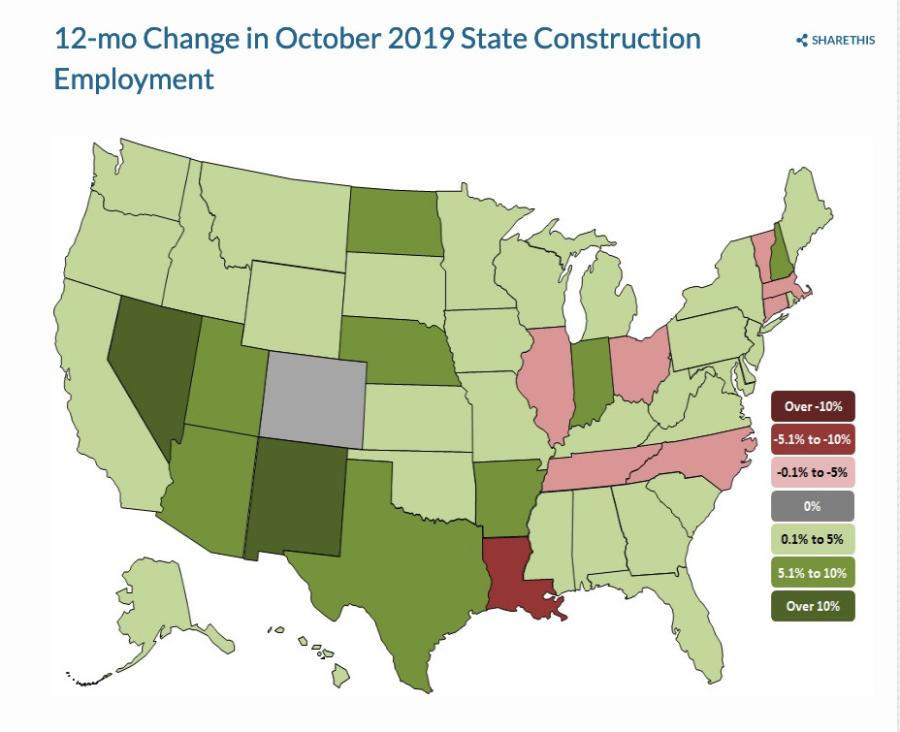 Forty-one states and the District of Columbia added construction jobs between October 2018 and October 2019, while construction employment increased in 28 states from September to October, according to an analysis by the Associated General Contractors of America of Labor Department data released Nov. 19. Association officials said that firm's efforts to increase pay and benefits and do more in-house training appear to be helping them find people to hire despite tight labor conditions.

"Construction employment continues to experience robust growth in most parts of the country," said Ken Simonson, the association's chief economist. "Many firms appear to be overcoming the challenge of low unemployment rates and strong demand for labor by increasing compensation levels and investing more in training people with relatively little experience in construction."

Association officials note that a survey of construction firms the association released in August found that many firms report boosting pay and benefits to cope with workforce shortages. A significant number of firms also reported they have boosted investments in training and development programs as they work to prepare new hires with relatively little construction experience or training. They added that more people would likely pursue construction careers if Washington officials would increase funding for career and technical education programs.

"Construction firms are taking the lead to recruit people into the construction industry who may not have originally pursued this career choice," said Stephen E. Sandherr, the association's chief executive officer. "And if Washington can increase funding for high-school level construction programs, even more people would choose to pursue construction careers instead of amassing collegiate debt."

View the state employment map and data by 1- and 12-month rank, state, and most recent peak.