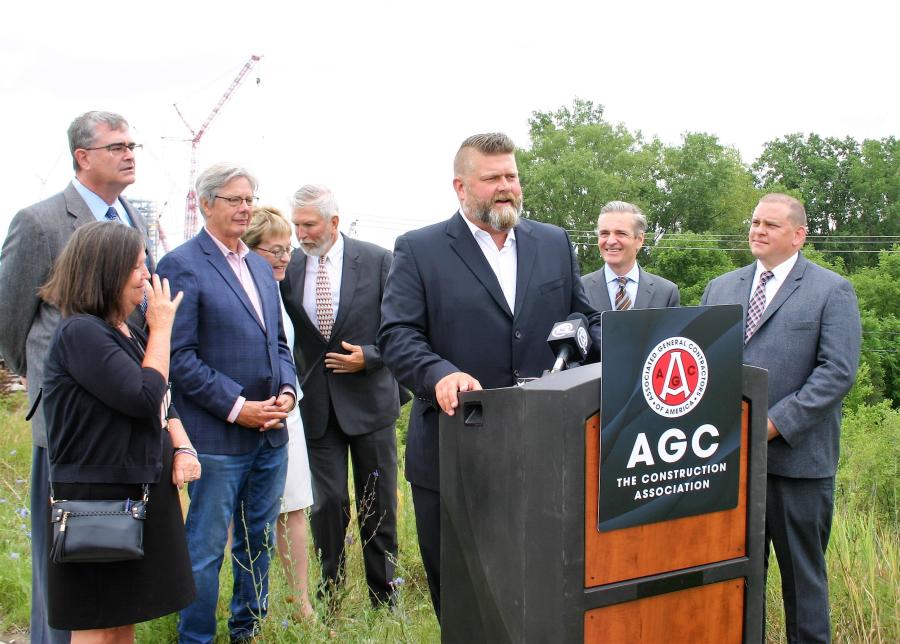 A July 31 press conference in Toledo, Ohio, organized by the Associated General Contractors of America (AGC) and the AGC of Northwest Ohio highlighted the results of monthly analysis of U.S. Department of Labor data on construction employment in the nation's 358 metropolitan centers between June 2018 and June 2019. That study revealed that Toledo is the fifth fastest-growing construction market in the country, however, Ohio's fourth-largest city also is facing a shortage of construction workers like many other metropolitan areas. 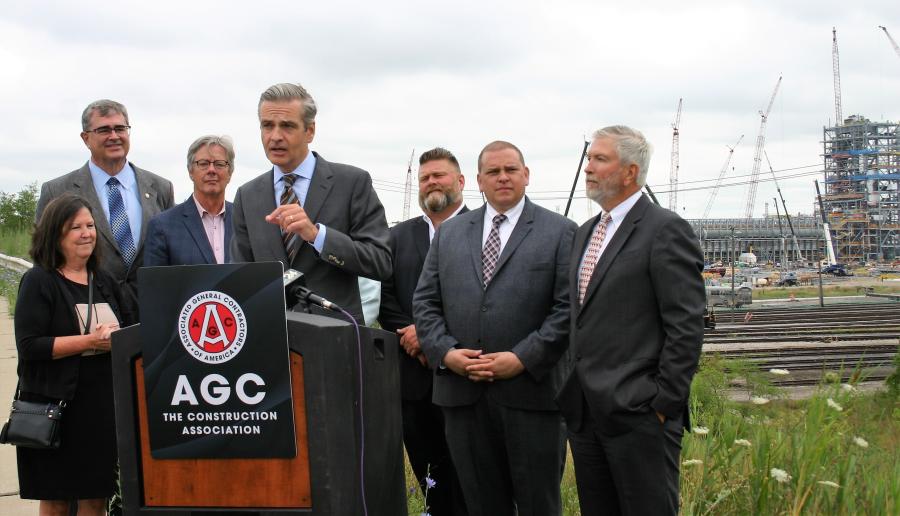 The AGC study, 2019 Construction Hiring & Business Outlook, stressed how more people have entered the construction workforce, but noted that the shortage of workers remains a major concern nationwide.

The press conference was aptly held in east Toledo at a site that looks down upon the nearly $1 billion Cleveland Cliffs project, which reflects the AGC's finding that the Toledo metro area (tied with the Monroe Metro area in Michigan) was the fifth fastest-growing construction job market in the country over the course of the past 12 months.

The good news is that local construction employment grew by 14 percent — going from 2,100 new jobs in June 2018 to 2,400 in June 2019, for a total of 16,900 employed in the industry. In June 2010, the construction workforce in the Toledo area had plummeted to 11,000 due to the recession. The increase also reflected the recovery of the industry as today's numbers show that more people are working in construction in Toledo than at any point since June 2000.

Nationwide, 253 out of 358 metro areas added construction jobs during the past year, including the Cleveland, Columbus and Cincinnati areas. Statewide in Ohio, construction employment has increased by more than 50,000 since 2010, rising from 176,800 to 231,500 today. The bad news is that local general contractors and subcontractors are still facing a shortage of qualified construction workers throughout the country. In fact, according to AGC data, 88 percent of Ohio contractors report that they are having trouble finding qualified workers.

"It is really impressive to see so much work underway here in the area," Brian Turmail, the national spokesman for the AGC, said at the press conference. "But as demand for construction grows here and in many other parts of the country, more firms are having a difficult time finding enough qualified workers. Eighty-eight percent of Ohio construction firms report they are having trouble finding enough skilled workers to hire — even more than the 78 percent who reported difficulty nationwide. One reason firms are worried about finding qualified employees is that they have been working to keep up with growing demand for construction. 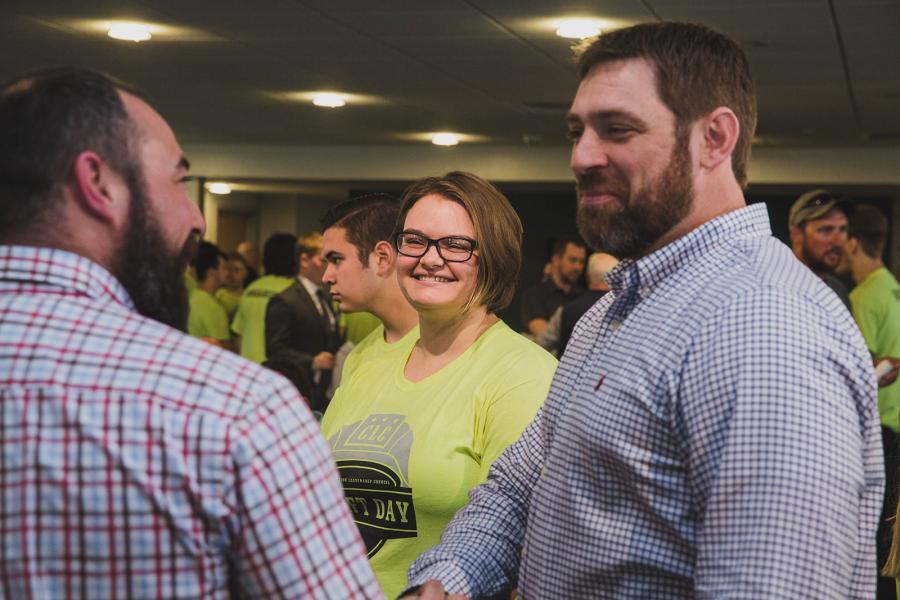 "Yet this growth [in the workforce] is occurring at a time when many older construction workers are reaching retirement age and too few young adults are opting to pursue high-paying careers in construction," Turmail added. "That is significant, because workforce shortages have the potential to undermine broader economic growth in places like Toledo by, among other impacts, slowing construction schedules. That is why it is essential to take steps now to prepare the next generation of workers."

Joshua Hughes, CEO and legal counsel of AGC of Northwest Ohio, reiterated the need for action to deal with the shortage.

"Time is of the essence," Hughes stressed at the press conference. "You know, we need more people in the industry. If we don't have workers, then these projects are going to cost more, take longer to build or may not get built at all. The AGC of Northwest Ohio allocates considerable time and resources into school outreach efforts to talk to young men and women about the rewarding careers available in the construction industry."

Turmail lamented the constant and gradual deterioration of vocational education programs when a general attitude prevailed that stressed success would be achieved by pursuing college and university degrees among the various professions and fields of study in the arts and sciences.

"The sad fact is that the country has spent the last four decades dismantling what were once robust vocational education programs across the country," Turmail said. "This has sent a pretty clear signal to many students and their families that they should not consider construction careers."

To address the decline, the AGC in 2013 developed a national Workforce Development Plan that outlines a series of measures to make it easier for schools, construction firms and local AGC chapters to attract more people to construction careers that pay higher wages than the average non-farm job in the United States.

"The plan calls for doubling federal funding for career and technical education programs over the next five years," Turmail explained. "It also calls on federal officials to change the way they measure successful high schools. Instead of just citing the percentage of graduates who enroll in college, they also need to credit schools for graduating students who enter careers like construction. And while our plan focuses on steps federal officials should take, our local chapters — the AGC of Northwest Ohio and the Ohio Contractors Association — are taking a range of extremely impressive steps to recruit and prepare new workers to enter the local industry that you will hear about shortly."

The AGC also is taking steps to recruit more young adults into the construction industry, and earlier this year it launched a targeted digital advertising campaign in a number of fast-growing metro areas that is designed to attract a broad range of younger people to industry jobs. This initiative will soon be expanded to other parts of the country. 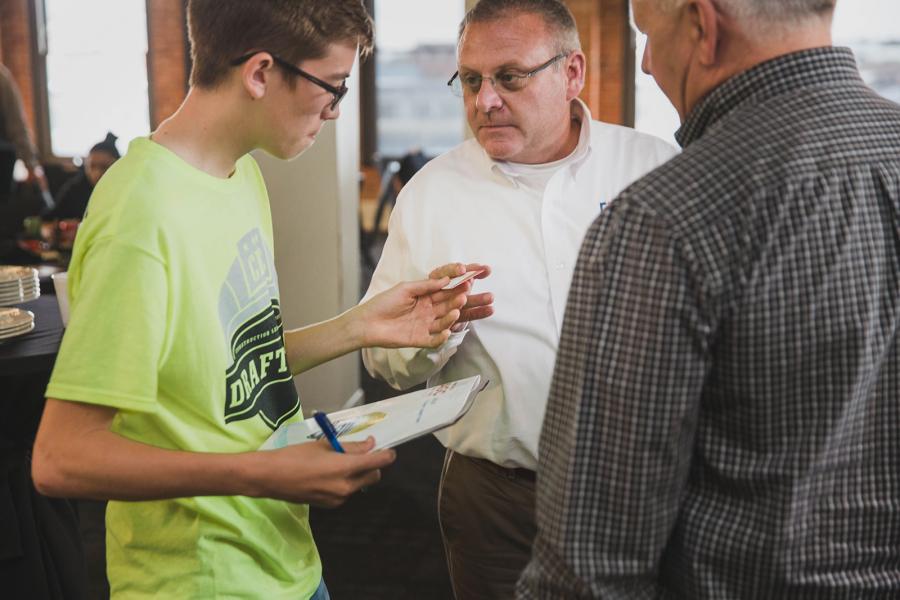 "Unless we can find a way to encourage more young adults to pursue high-paying careers in construction, contractors in Washington and across the country will face significant workforce shortages," Turmail said.

Kaptur, who has represented Ohio's 9th district since 1983, is pleased with the ongoing economic resurgence of Toledo and other areas in her northern Ohio district.

"Toledo and Cleveland are certainly doing something right in terms of attracting new investment and building on their industrial legacies," she told CEG. "Ohio's economy has experienced such washout as a result of expatriation of U.S. investment to Latin America and China. Recent investment in clean and modern technologies, specifically in automotive manufacturing, health care and steelmaking is very good news and presents an opportunity to skill up a new workforce for the future. Done right, these large-scale investments can provide a launching platform for a bright and renewed future in communities founded on hard work and know how."

The Congresswoman recognizes the need to address the construction labor shortage regionally and believes it should be done within the framework of established and successful registered apprenticeships. She advocates for additional federal investment in the Department of Labor's apprenticeship education infrastructure that helps promote jobs in construction and related trades as viable career paths for young people.

Kaptur pointed out that "some in Congress don't place a high value on funding for apprenticeships or vocational and career education and that presents future challenges for the preparation of the American workforce. The skilled building and construction trades are an area where business and labor have worked together to ensure a job ready workforce."

While efforts are ongoing, Kaptur would like to see additional emphasis on career training opportunities to support effective measures implemented to eliminate the workforce deficit and ensure a long-term construction workforce.

"The federal government can have a role to ensure that workforce training maintains and expands on a model that rewards skills enhancement and allows workers to benefit from the commitment they make to training," she said. "Registered Apprenticeship programs are the only workforce training program that, by design, require employers to increase wages for apprentices as their skills and competencies increase. That model lifts all boats. 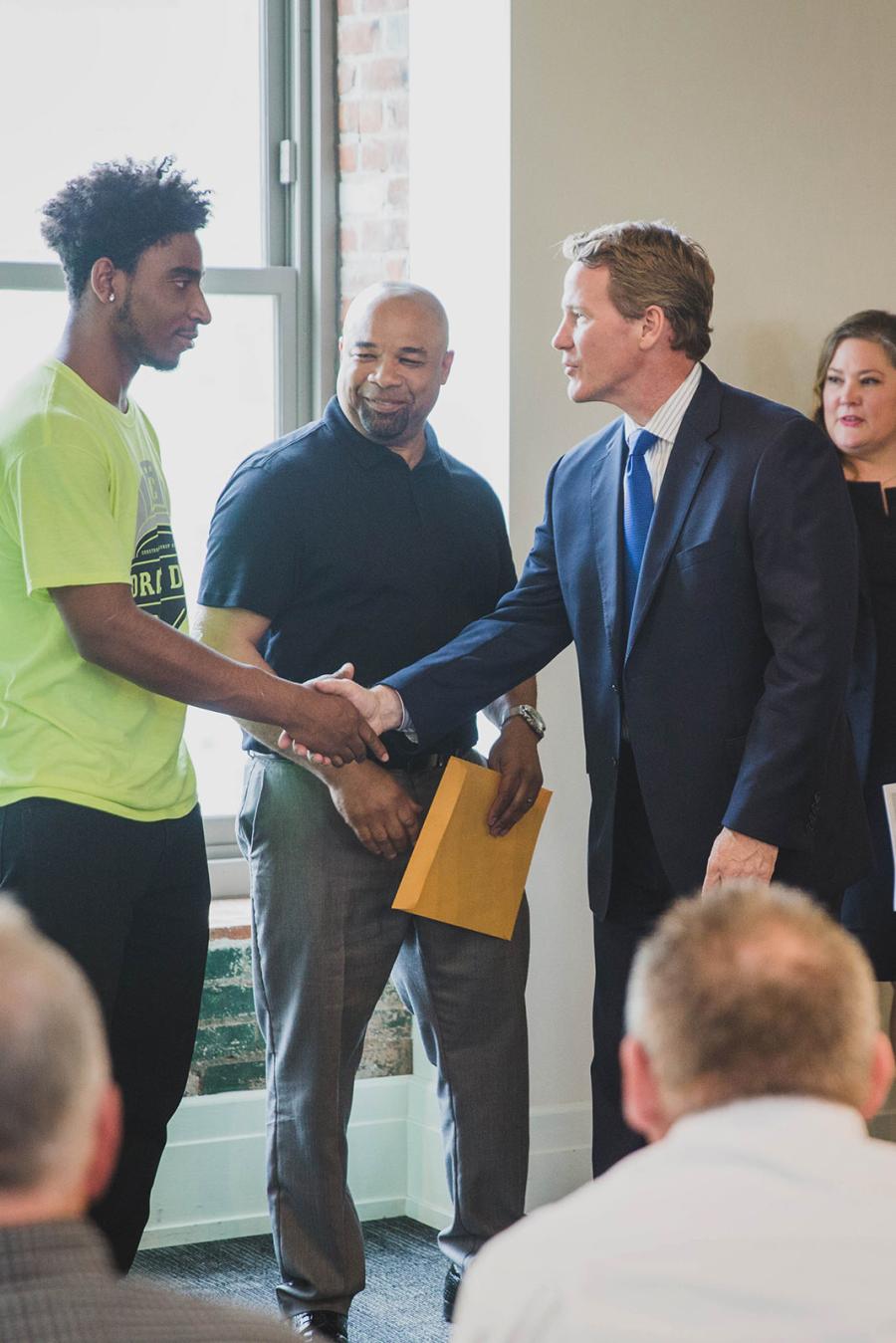 "Registered Apprenticeships are experiencing growth in various occupations, including IT, healthcare, insurance, manufacturing and other in-demand and growing sectors and occupations," Kaptur added. "From the workers' standpoint, recent efforts to water down these high standards won't, in the long run, be good for our overall skills inventory as it opens the door to low-quality programs and introduces considerable risk into a system that has been the closest thing to a guaranteed pathway into the middle class for over 80 years."

Various members of Congress continue to introduce bills to provide more funds to high schools and trade schools to recruit and train new workers that are considering a career in construction. Furthermore, Congress is examining the possibility of expanding the Pell Grant to support students enrolled in trade schools.

Mayor Kapszukiewicz strongly believes that schools have a role to play in promoting the construction as a career choice.

"We could have held this news conference in a lot of different places, but we're standing with a backdrop of really one of the most exciting economic development projects that's happened in this city in a generation," he said. Additionally, Kapszukiewicz noted that students should consider following their passions, but also recognize that a career in construction could see them earning over $100,000 annually by the time they turn 30, all while finishing their education with minimal or no student debt.

Kapszukiewicz also stressed how a stable and numerous construction workforce is essential to ensure that projects are completed on time and to maintain current economic growth and attract more investment to the city. "We're ready to do it. We have the talent to do it. We need the hands," he said. "We've done so much in this community, we can do even more."

Wozniak emphasized how Lucas County is looking at ways to help reduce the labor shortage, pointing out programs such as the WorkReady Lucas County initiative, which grooms workers oriented toward manufacturing positions and jobs such as construction, where technical skills are critical.

"We appreciate the recognition that we achieved the ranking as the fifth fastest-growing construction market in the country," Wozniak told CEG. "But our work is not yet done because we recognize that there is an ongoing labor shortage. Our Lucas County Department of Planning and Development works to ensure employers that we will do all we can to provide a pool of skilled and qualified workers to meet the demands of the industry now and in the future. WorkReady Lucas County helps applicants to be prepped for the registered apprenticeship programs that the construction industry offers in the Greater Toledo Area.

"Workers feel more confident in finding success in these programs with early preparation," she added. "Through the program workers can receive certification that deems them to be work ready, and as of July 30, 4,382 people have gone through the program. There is still much to do and we look forward to working on this critical priority."

According to Turmail, the labor shortage, if not addressed rapidly, will have negative impacts for the construction in Ohio and across the country and for taxpayers.

"These shortages have the potential to undermine broader economic growth by needlessly delaying and inflating the cost of construction and development," he said. "That is why the AGC and our nationwide network of chapters are working to encourage officials at all levels of government to enact the measures outlined in our workforce plan. The consequences of inaction for both the construction industry and the broader economy are simply too severe not to act." CEG