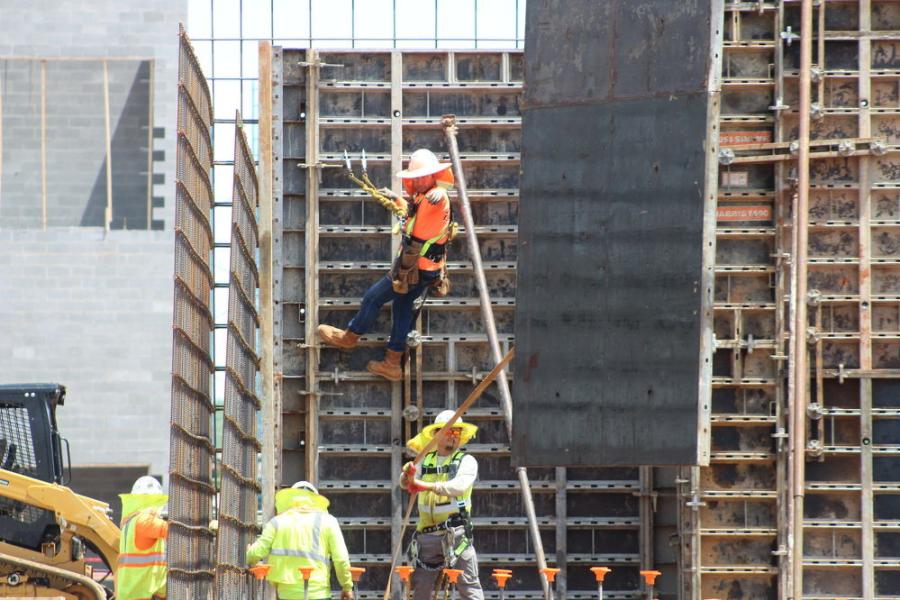 Turner is partnering with the school on this fourth joint undertaking, according to Tyce Hudson, project executive of Turner Construction in Huntsville. “There is no doubt this is going to be the best project, yet,” said Hudson. (AAMU photo)

In Huntsville, Ala., crews are working on a $60 million, 132,000-sq.-ft. event center at Alabama A&M University (AAMU). The building will include an arena with a 6,000-person capacity that will host basketball and volleyball games, as well as various university gatherings. 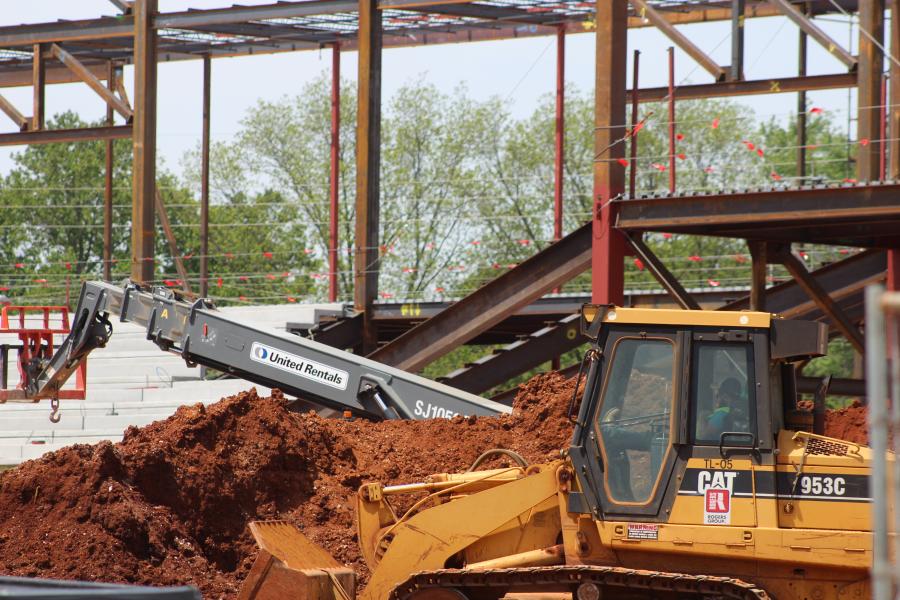 "The center will provide the university with a much-needed facility where we can host major functions, such as commencements, convocations, our annual scholarship gala and athletic events," said Andrew Hugine Jr., president of AAMU. "It will be a state-of-the-art facility just off of North Memorial Parkway, and we are thrilled to be making this addition for our students and the community, which will transform the landscape of north Huntsville.

"Traveling north on Memorial Parkway is the way many motorists leave the city of Huntsville each day on their way home to destinations as far away as southern Tennessee and beyond," said Hugine. "Alabama A&M is among the last of the major landmarks northward, and the addition of the event center on that major thoroughfare will have a lasting aesthetic impact on the area, which also includes the 21,000-seat Louis Crews Stadium."

Plans call for locker rooms, training rooms, a Hall of Fame section honoring former AAMU student athletes and a kitchen to provide meals for campus events. The current gymnasium, which has hosted these activities, is almost 50 years old.

According to Hugine, an insightful administration and a supportive board of trustees made the project possible. There has also been a significant increase in momentum to support historically Black colleges and universities at the state and national levels, often through the courts.

"The event center is but one of the ways in which the university is making an economic impact on north Huntsville," said Hugine. "Through its foundation, the university operates a nearby plaza with businesses that provide needed services to citizens. The AAMU Community Development Corporation is revitalizing the campus community. Also, the Alabama Cooperative Extension System at AAMU offers a range of free services from nutrition to financial literacy.

"Students have commented on the campus' ability to host many of its own events for their benefit and convenience," said Hugine. "A special treat would be the ability to defeat our cross-state rival — the Alabama State University Hornets — in the facility, as well. Many students are looking forward to returning to campus as alumni and participating in the activities that will be housed in the event center. Student athletes are looking forward to a facility in which to practice and compete." 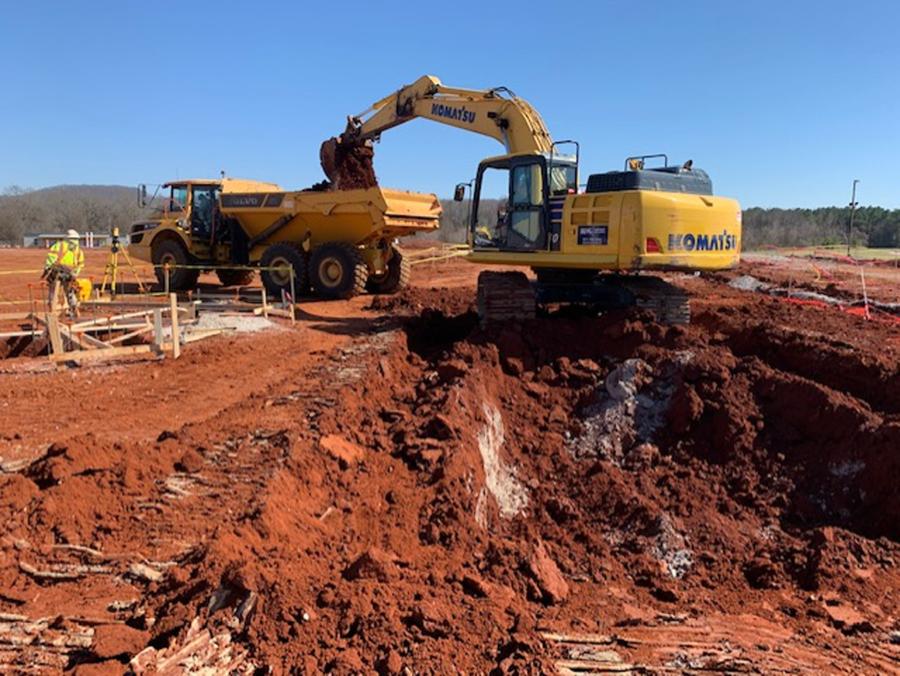 Turner Construction Company is representing AAMU as the construction management agent (CMA) of the project. Turner is partnering with the school on this fourth joint undertaking, according to Tyce Hudson, project executive of Turner Construction in Huntsville. "There is no doubt this is going to be the best project, yet," said Hudson.

The start of work was announced in November 2020. The groundbreaking was attended by local elected officials at the city, county and state levels, as well as by alumni, students and local leaders.

"The event center is going to provide a venue for students, faculty and staff to enjoy everything from graduations to sporting events, as well as act as a community staple to the west entrance of the AAMU campus," said Brian Shipp, director of facilities and administrative services of AAMU.

The project is expected to be completed in 2022. Still early in the process, there are numerous tasks that have to be completed, including 95 percent of MPE work.

"Currently, we are erecting the steel structure and installing cast in-place concrete in the event bowl," Shipp said. "The biggest challenge is material deliveries, due to long lead times and material price increase."

The most time-consuming part of the construction is the exterior shell, because of the long roof spans. The long span trusses are 196 ft. in length, and weigh around 20,000 lbs. Long span trusses will have to be lifted with two cranes.

Approximately 90 percent of the excavation, grading and prep work has been completed, said Shipp, who added, "The first milestone will be the July top-out for the structural steel." 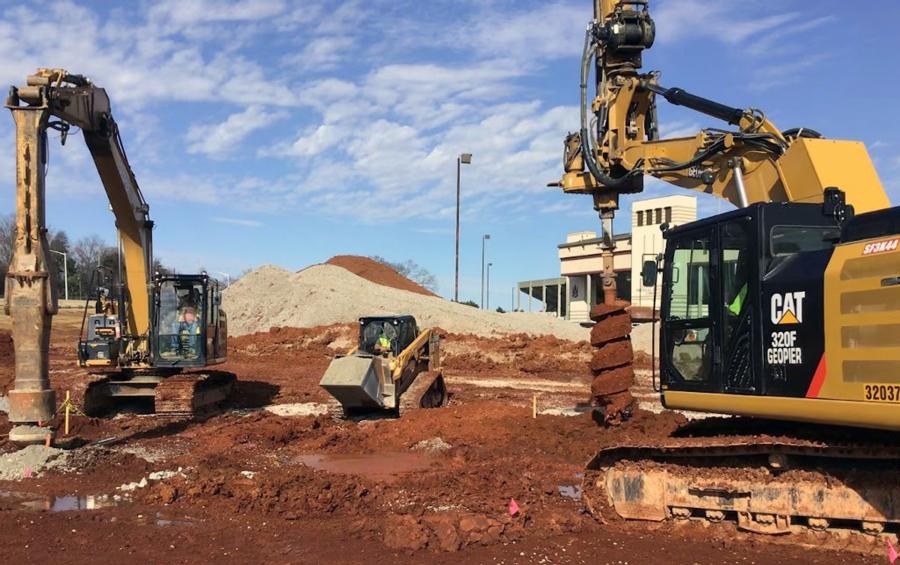 Crews are excavating for foundations and utilities. Cranes and Caterpillar trackhoes, dump trucks and excavators are being used on the project. An excavator mounted with an auger and hydraulic hammer for rammed aggregate foundations is also being utilized.

More than 12,000 cu. yds. of dirt have been moved on the project. Main materials required to complete the work include concrete and steel.

The arena will feature two different interchangeable floors, one for basketball and one for volleyball. The event floor is 75,961 sq. ft. The concourse level is 33,147 sq. ft. There's one main kitchen and four concession stands.

The building also will include a sophisticated scoreboard/shot clock which is 13.12-ft. high by 22.96-ft. wide. The main lighting system features high efficient LED lights, capable of producing 42,000 lumens.

"This event center is going to be great for the university and community at large," said Hudson. "Huntsville is a special place, and this new event center will help add to the dynamic community we have. North Alabama prides itself on our collaborative culture, and this project is a great example of that effort. We can't wait to get it open to watch graduations, sporting events, concerts and other important community events that bring us all together."

Building the arena has involved a three-month feasibility study, a year of planning and design, and will require 24 months of construction. The event center is being erected at a site that allows access to construction crews and vehicles, while simultaneously being shut off to potential traffic of the campus proper. CEG