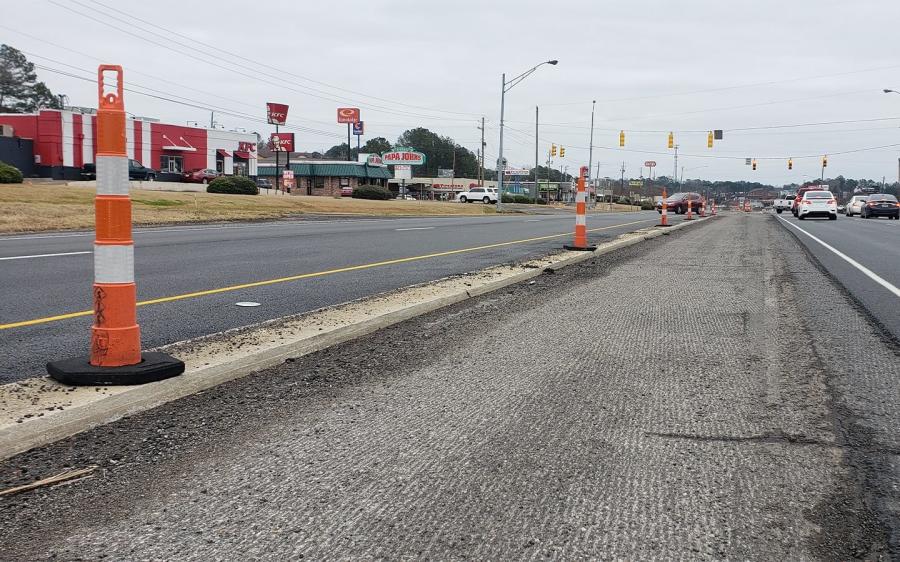 This Jan. 9, 2021, photo shows a section of Alabama Highway 118 that had yet to be paved. (Daily Mountain Eagle/Jeffery Winborne photo)

Jasper, Ala., city leaders provided an update Jan. 22 on the paving project along Alabama Highway 118.

Officials from the Alabama Department of Transportation (ALDOT) advised the city that the contractor, Dunn Construction, was scheduled to be back working that night.

Dunn, based in Birmingham,Ala., is one of the state's top paving contractors.

The major hold up on the project, city officials said, has been that paving cannot be done when the temperature is too cold, or during rain events.

The contract states the work would be done at night to lessen the impact to travelers and businesses.

Jasper officials said it would be improper for the state to allow the contractor to work during the day, as that would mean a substantial change in the contract. ALDOT is doing everything that it can do contractually to get the paving completed, city leaders assured.

Dunn Construction's equipment is kept and stored in Jasper, which means it's ready to move quickly and, therefore, doesn't have to mobilize equipment each night for the work.

The hope from ALDOT is that the project will be substantially completed, weather permitting, by mid-February, according to Jasper leaders.

To expedite construction, ALDOT has eliminated extra paving joints and provided the best structure for the heavily traveled intersections on the Jasper project.

ALDOT is allowing the SMA mix on both turning lanes and intersections to avoid stop and starts which are time consuming.

This includes AL Rt. 118's interchanges and turn lanes at Industrial Boulevard, Viking Drive at Walker Baptist Medical Center, the turn lanes at the Walmart, Walston Bridge Road and the turn ins to the KFC and Captain D's restaurants.

It does not include every median crossover.

"Some people feel the paving contractor has not been responsible on the Jasper paving project. This has never been the case," Mayor David O'Mary said Jan. 22. "Weather has been the primary hurdle — wet and cold. One point people should know is the contractor is paid via progress payments and as such their compensation has been delayed as well. The paving company is the same [one] that did our city streets and we never had a problem. I feel confident things will wrap up shortly."