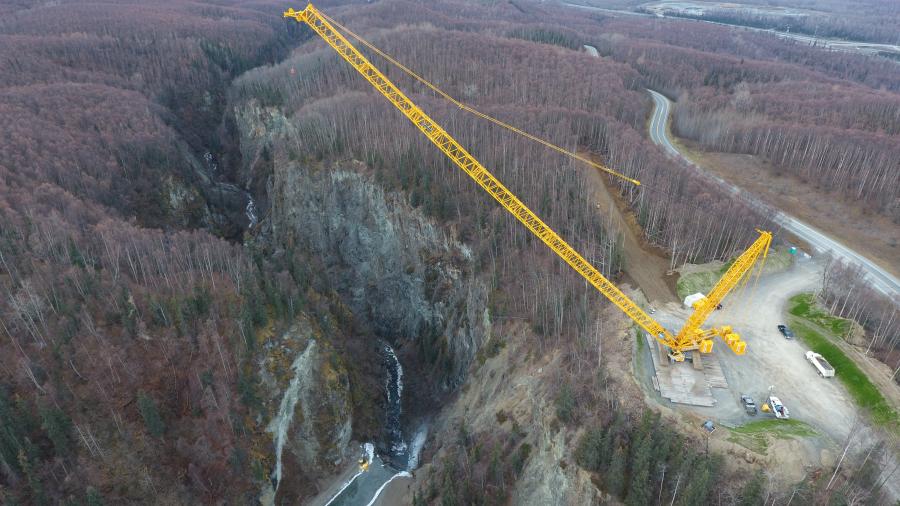 ANCHORAGE, Alaska (AP) A $7.5 million project to remove a dam in Alaska is set to begin.

The project to deconstruct a dam at an Eklutna River ravine to restore salmon populations on the river began in June.

The project largely will be funded by the Conservation Fund in a partnership with Eklutna Inc., an Anchorage real estate development company. Eklutna CEO Curtis McQueen said at the Anchorage Chamber of Commerce forum it will take a 400-ft. (122 m) crane, the largest in the state, to handle the task of taking down the dam, which was built between 1927-29 by the Anchorage Light and Power Co.

McQueen said he believes Eklutna is the first Tribe in the nation to get involved in such a massive project.

“We haven't heard of another story where the actual Native people are playing a part in the removal of a dam,” he said.

Brad Meiklejohn, Alaska State director of the conservation fund said the dam was built without consulting the local village and it diminished the fish population. He said the project will “make amends” for that wrongdoing, the Alaska Journal of Commerce reported.

Meiklejohn said $6.5 million has been raised by the fund, with another $1 million needed.

McQueen told the Anchorage Chamber that of the many Eklutna projects his corporation is in charge of around the state, he's proud of this one as a bipartisan effort and grateful for the help of the Conservation Fund.