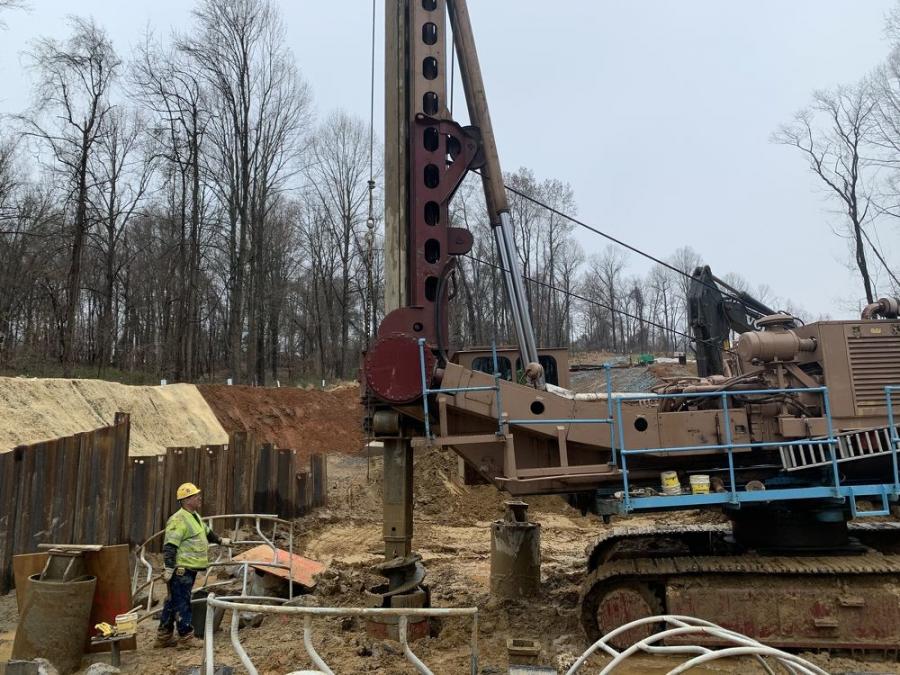 This project is part of Maryland Gov. Larry Hogan’s $1.97 billion investment in roads and bridges that was announced in 2015.

The Maryland Department of Transportation's State Highway Administration (MDOT SHA) continues work on the MD 97 (Georgia Avenue) Relocation Construction Project in the town of Brookeville, which is in Montgomery County.

The project includes a new 0.7-mi., two-lane highway with bicycle-compatible shoulders between north of Goldmine Road and south of Holiday Drive. 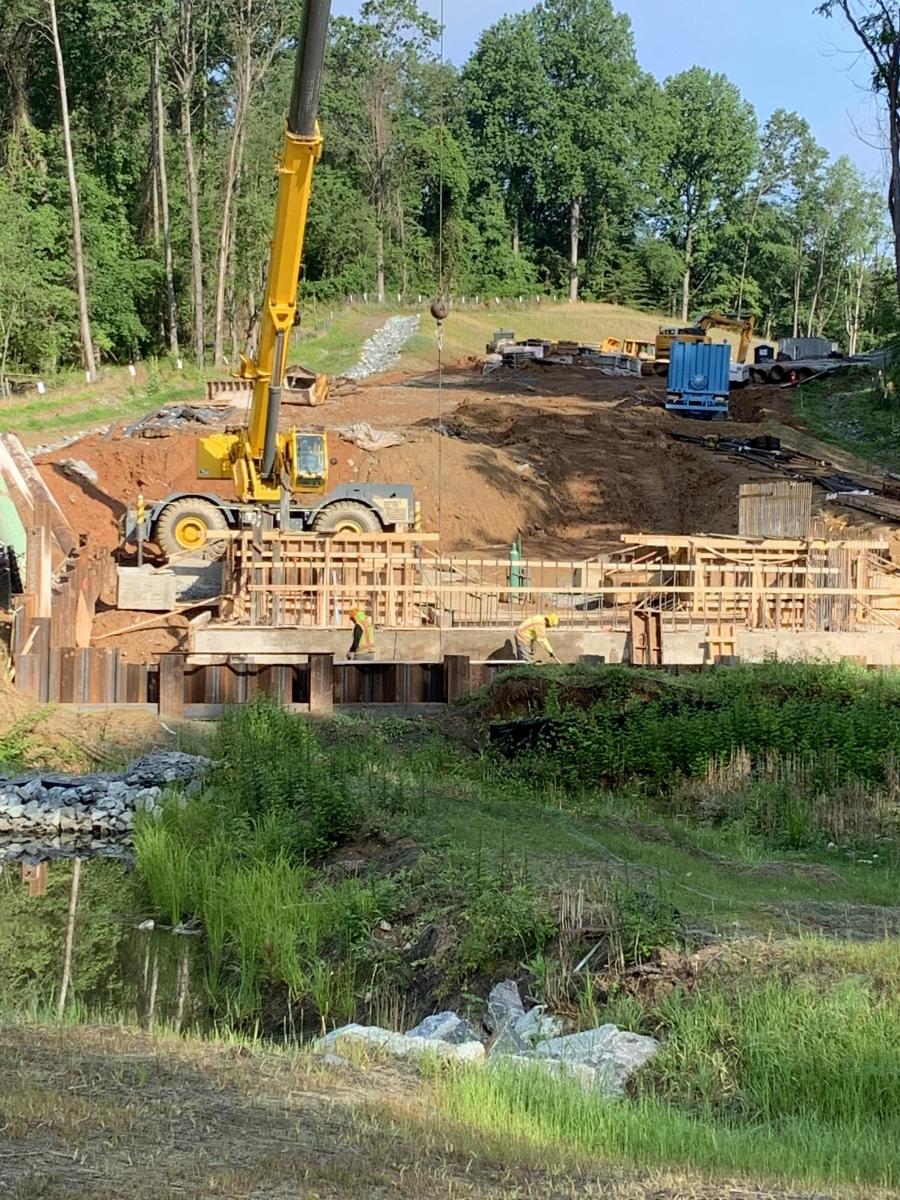 The contract was awarded to Allan Myers Inc. of Worcester, Pa. The project is valued at $43.4 million, with $1.1 million coming from federal aid.

Construction began in the fall of 2018. As of Jan. 22, the project was 41 percent complete, with an end goal of late summer 2021. Javier Arias serves as the MDOT SHA project engineer.

"With this project, the Maryland Department of Transportation State Highway Administration is building a new two-lane highway with bicycle compatible shoulders that will make MD 97 more accessible to residents, bicyclists and pedestrians," said Shanteé Felix, assistant media relations manager of the office of communications.

"The project also includes construction of two bridges — one at Meadow Branch stream and the other at Reddy Branch stream — and two single-lane roundabouts that will improve traffic and safety operations."

Felix reported that MD 97 is a major north-south commuter route between Brookeville and northern Montgomery and Frederick counties.

"Currently, motorists and residents experience congestion when navigating the two-lane roadway that travels through the historic town of Brookeville," she said. "This new highway will preserve the town of Brookeville's historic nature while also enhancing safety and reducing travel times for commuters."

According to Felix, January work for crews included roadway fill for the High Street roundabout; drainage structure and pipe installation; Brookeville Road's Pepco cable wire installation; and concrete pours for bridge abutments. Over the next month, they will be working on wetland mitigation.

MD 97 has a 90-degree curve at Market Street, which is accompanied by a steep hill. The increasing volume of peak-hour traffic combined with the roadway's geometrics contribute to the need to improve the overall operational characteristics of Georgia Avenue through the community.

Nearly 11,400 drivers travel this section of Georgia Avenue every day. By 2040, nearly 14,800 drivers are projected to use the new MD 97 Relocated in Brookeville.

This project is part of Maryland Gov. Larry Hogan's $1.97 billion investment in roads and bridges that was announced in 2015.

"In Montgomery County and all across the state, we are moving forward on nearly all of the highest priority transportation infrastructure projects in every single jurisdiction from one corner of the state to the other," said Hogan at the project groundbreaking. "The new highway will enhance safety, reduce travel times and preserve the historic nature of the beautiful town of Brookeville while ensuring that commuters have access to businesses, churches, and recreation."

Felix spoke about the challenges with the project, which included dealing with issues relating to the location of the proposed roadway and bridges. 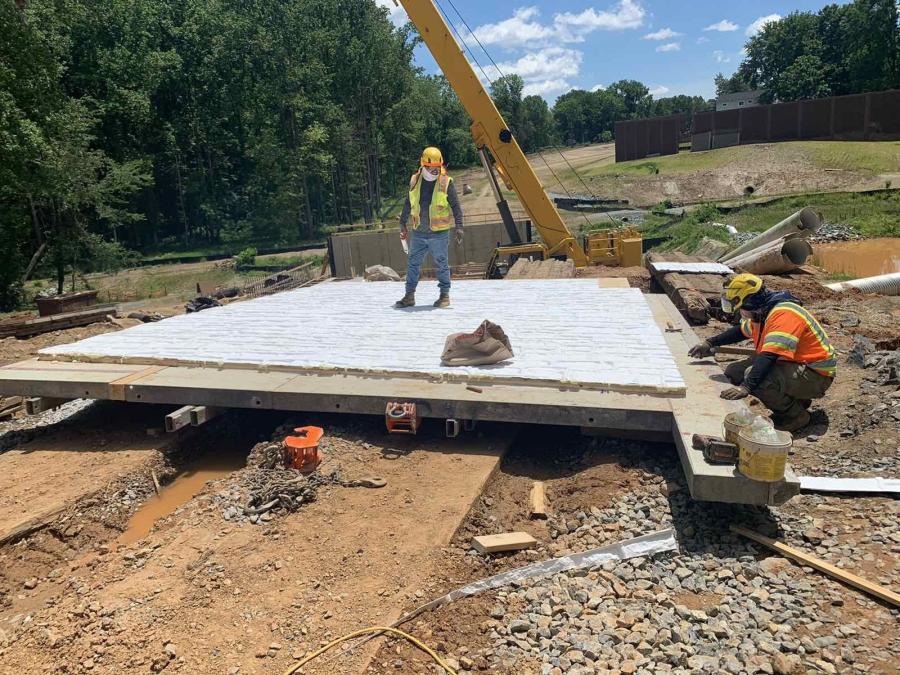 In addition, she noted that one of the proposed bridges is adjacent to a historic Washington Suburban Sanitary Commission (WSSC) pre-stressed concrete cylinder pipe sewer force main, which was built in 1968. The design/construction team for the bridge needed to account for the protection of the WSSC facility.