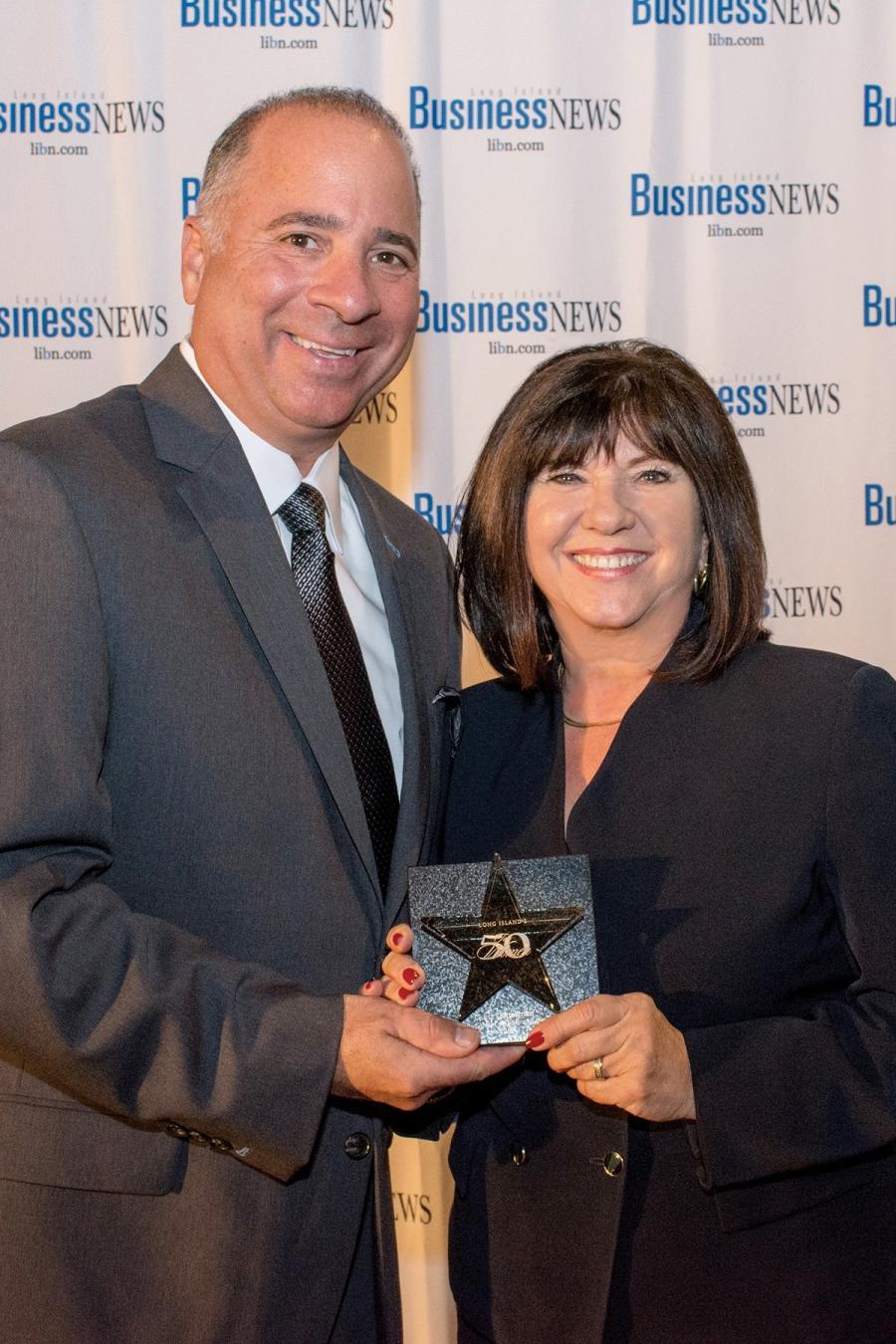 Lina Gottesman, president and owner of Altus Metal, Marble and Wood, was named one of Long Island's Top 50 Women.

Lina Gottesman, president and owner of Altus Metal, Marble and Wood, was named one of Long Island's Top 50 Women at a special ceremony sponsored by Long Island Business News at the Crest Hollow Country Club in Woodbury, LI. Ivy Fischer, senior vice president and general counsel for Hub International, made the presentation noting that Lina has been “the leader of a certified WBE (women-owned business enterprise) for over 20 years.” She noted too that when notified of the honor Lina said that she “constantly learns from others and is inspired by the success of her friends.”

The blockbuster event attended by over 700, featured keynote speaker, the Hon. Kathy Hochul, lieutenant governor for New York State, who cheered the honorees as “role models for the women in this room” and noted that they were selected “not only for their success but for their commitment to the community.” Scott Schoen, VP and publisher of LIBN, welcomed all and Donna Drake, host of CBS-TV's Live it Up! delivered opening remarks.

For over 25 years, Altus, based in Smithtown, L.I., has performed restorations for numerous prominent commercial, residential and historic buildings in the metropolitan area: World Trade Buildings 1 and 2 following the terrorist bombing of 1993; Grand Central Terminal; The Port Authority Bus Terminal; Columbia University; and Macy's Herald Square among many other iconic New York structures. Altus is certified with many major public agencies such as the New York City Small Business Services; the Port Authority of NY & NJ (PANYNJ); New York Empire State Development Corp.; and the NYC School Construction Authority.

Lina has mentored girls through the Girls Trendsetters Program of Pace University and recently addressed young women trainees at the launch of the Millie King Entrepreneurship Program presented by the Bella Abzug Leadership Institute (BALI) at Hunter College in New York City.

She has been honored by the Long Island Center for Business & Professional Women with the Business Achiever's Award; the Regional Alliance for Small Contractors; the PANYNJ; the Power Authority; the MTA at the Competitive Edge Conference, and many others. She serves on the board of the NY Women's Agenda; the NY City Women's Chamber of Commerce; and is an active member of the Women's Presidents' Organization and Building Owners and Managers of NY (BOMA).

Port Authority of New York and New JerseyWomen In Construction