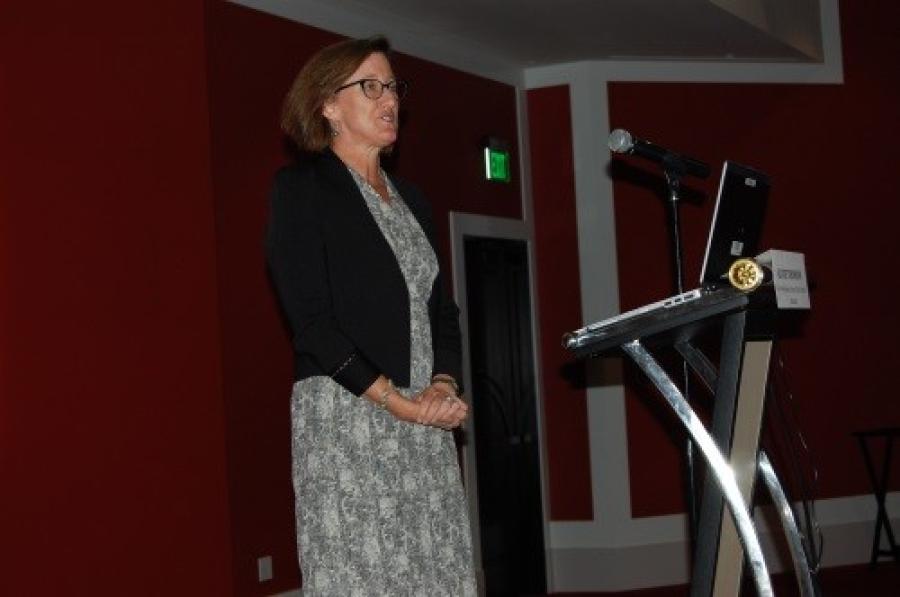 The challenges facing the U.S. transportation, however, are coming from different angles and all at once, Thomson said.

Katie Thomson, a former Obama-administration U.S. Department of Transportation official who now serves as vice president and general counsel for Amazon's transportation and logistics operations, offered her perspective on some of the future transportation challenges and opportunities facing America during a speech at the American Association of State Highway and Transportation Officials 2018 Joint Policy Committee meeting in Spokane, Wash., on July 18.

"Safe and reliable transportation is the lifeblood of our nation; it is critical to our economic prosperity," she said. "Well-planned transportation provides connections to our urban, suburban and rural communities. That includes passenger and freight rail, airplanes, roads, bicycles and pedestrian modes of transport."

The challenges facing the U.S. transportation, however, are coming from different angles and all at once, Thomson said.

For example, she pointed to U.S. DOT research conducted in 2017 that found commuters waste one week per year just sitting in traffic. She also highlighted a report by the American Transportation Research Institute that the cost of traffic congestion to commercial trucking operations tops $63 billion. Thomson also noted that traffic fatalities have sharply increased over the last several years, while the quality of U.S. transportation infrastructure continues to decline.

"We will need to invest over $1.2 trillion in our nation's infrastructure over the next decade just to catch up to where we should be," she said.

Yet demands upon the transportation system will only increase as it is expected to be moving 70 million more people by 2045, with freight volumes increasing 40 percent and air traffic passenger volume going up 50 percent by that year as well, Thomson pointed out.

"So what does the future hold? I'm an optimist and I believe this is one of the most exciting times to be involved in transportation," she said.

"We're seeing innovation in the use of drones and the development of self-driving vehicles. We need to be willing to take informed risks especially with technology to find ways to improve the safety, performance, resiliency and stability of our transportation system," Thomson said.

"There's a lot of innovation going on, especially with drones and self-driving cars and trucks, and at some point we will need to persuade the public that they are safe; that they are a reasonable risk to take," she said. "State and local governments are stepping up and addressing some of these transportation issues, but collectively between the public and private sector, we must do more."