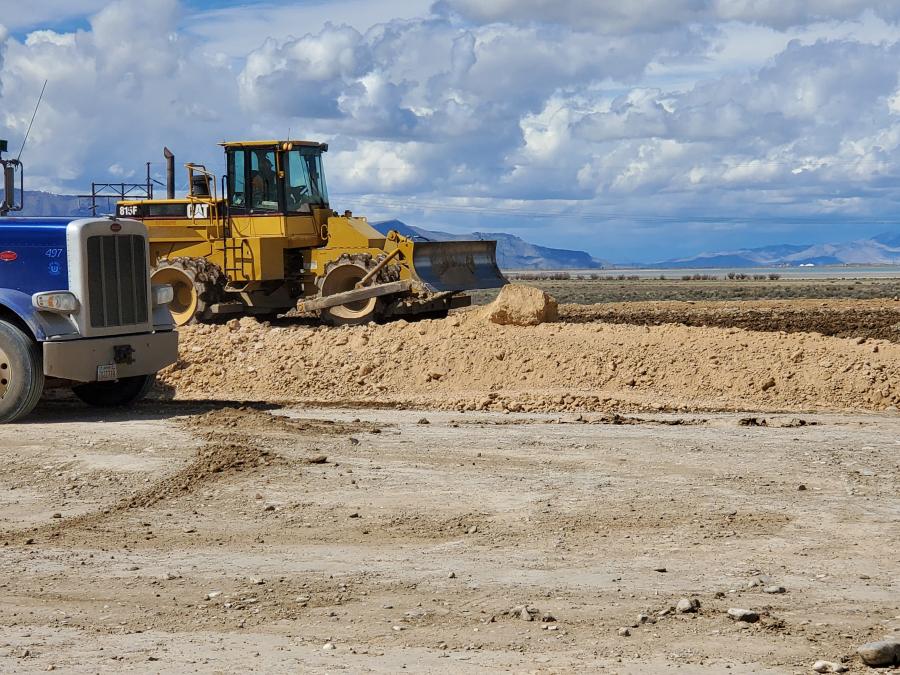 A Cat 825 compactor performs work on the job site for a project that includes one new bridge over I-80 and an interchange for traffic to get on in east and westbound directions. There is also one cattle crossing for a local landowner.

A project under discussion for 60-odd years will give Tooele County residents three miles of new highway and a much needed connection to I-80. Phase one of the $74.4 million Midvalley Highway (S.R. 179) began last fall, but the project has been on the table since the 1960s.

Tooele County got serious about pursuing the funding for the highway in the 1980s, but had to wait 10 years for the money to begin the environmental impact studies. 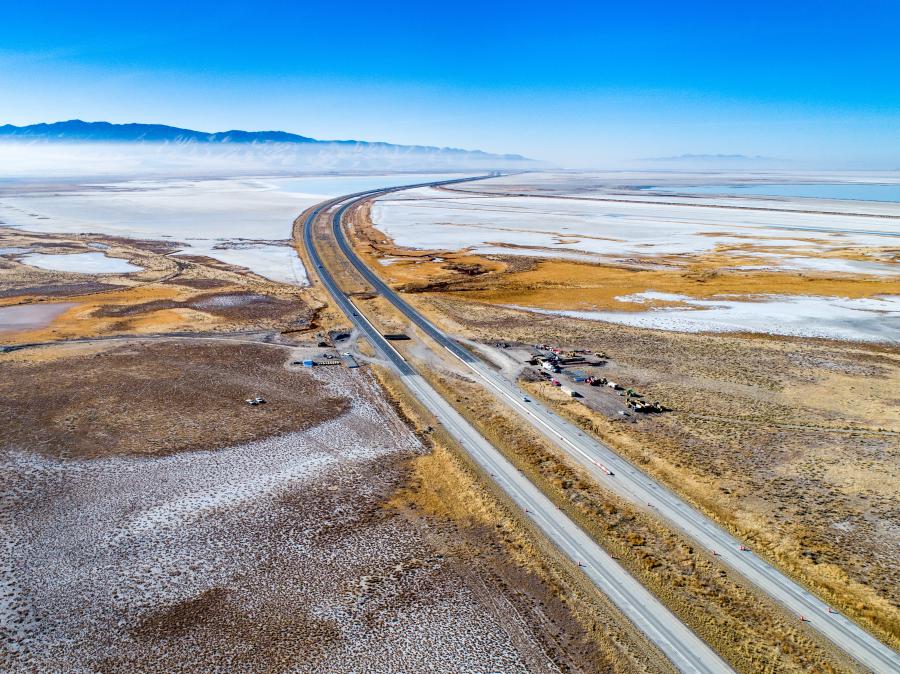 The project is located adjacent to the Great Salt Lake where water tables are high and the soil poor.

"It's a special kind of marsh land," said Oanh Le-Spradlin, project manager for the Utah Department of Transportation. "It's salty marsh land, very poor conditions, soft ground, rocks. It could be inundated in water certain times of the year. It's mostly flat, some hills and situated in the middle of the valley. That's why we call it mid valley — it's sandwiched between two mountain ranges."

In order to stabilize the soil, crews with contractor Ames Construction Company first lay geotechnical fabric so that when material is placed on top, the earth below doesn't sink. The amount of fill material needed is massive — with trucks already hauling in 1.5 million tons.

"It's a good mix of small to medium sized rocks," said David Cox, UDOT resident engineer. "Once we had that well graded mixture, we lay that down, roll it, compact it and put water on it. It continues to build that road up one foot at a time."

Getting the massive amounts of fill is one of the biggest challenges of the job, Le-Spradin said.

One of the problems was figuring out where to source the material and how to get it to the project.

"There are not that many alternative routes that can handle this kind of traffic and the amount of it," she said. "We calculated 20,000 unique trips for double haulers. That has to come from somewhere and we have to consider the impact that would have on any road. Even if we can get it in one source. How? During the design, we drove pretty much all of the local roads. We talked to local governments about using their roads. During construction, it's the contractor's responsibility. But we just wanted to grease the wheel so they wouldn't hear no in every direction." 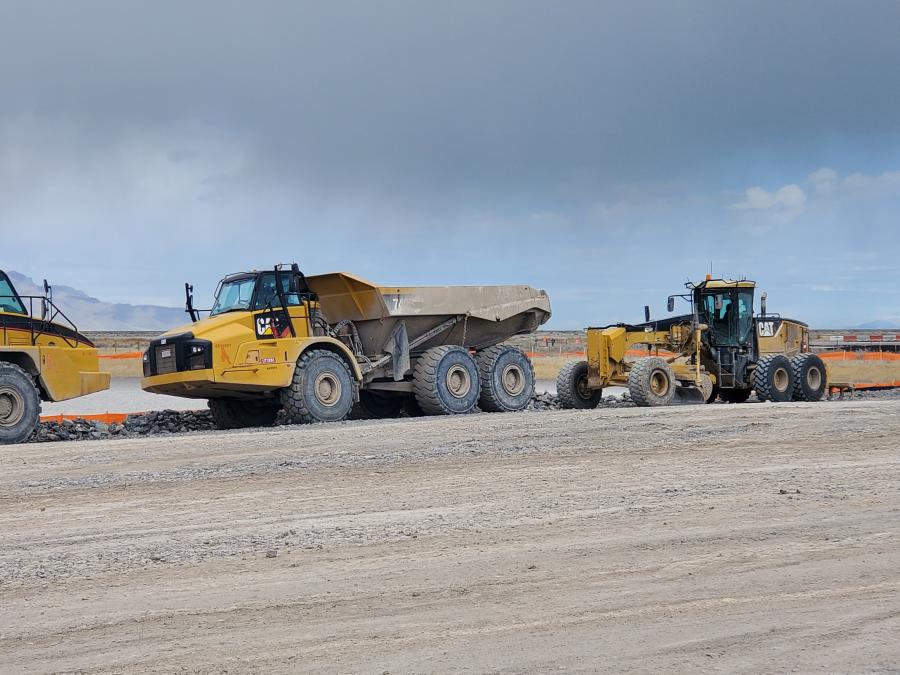 The project includes one new bridge over I-80 and an interchange for traffic to get on in east and westbound directions. There is also one cattle crossing for a local landowner featuring a box culvert measuring 20 x 14 x 200 ft. spanning both directions.

Two additional phases are planned for the project. The next is 12 mi. long and the third is a realignment for several mi. But funding has not been secured for either.

"For the next phase, we would need about $150 million," said Le-Stradlin. "But in order for the environmental document to be active we must do something within five years of phase one completion. We've divided our funding into three phases. If we can't get all the chunks at once, we'll divide it even further. You do what you can. This phase was to be $120 million to build two lanes in each direction, but we only received $74.4 million so we are building one lane in each direction. But the subgrade is built for future expansion. All we need to do is come back and pave and we're done."

The rapidly-growing area has lacked alternate transportation routes, relying on two main thoroughfares, I-80 and S.R. 36.

"Tooele County is growing exponentially," said Le-Spradlin. "It's next to Salt Lake County which is really populated and somewhat built out. Folks that want to be able to work in Salt Lake County can live in this county for much more reasonable costs. The area still retains a country feel, but with better pricing for homes. If you look on the main map, this Midvalley Highway will provide an alternate route to S.R. 36. If something happens on S.R. 36, people end up sitting there waiting until it clears up. Over 60 percent of residents in Tooele County commute to Salt Lake on a daily basis to do any work or recreation. That's a huge amount. This will provide an alternative."