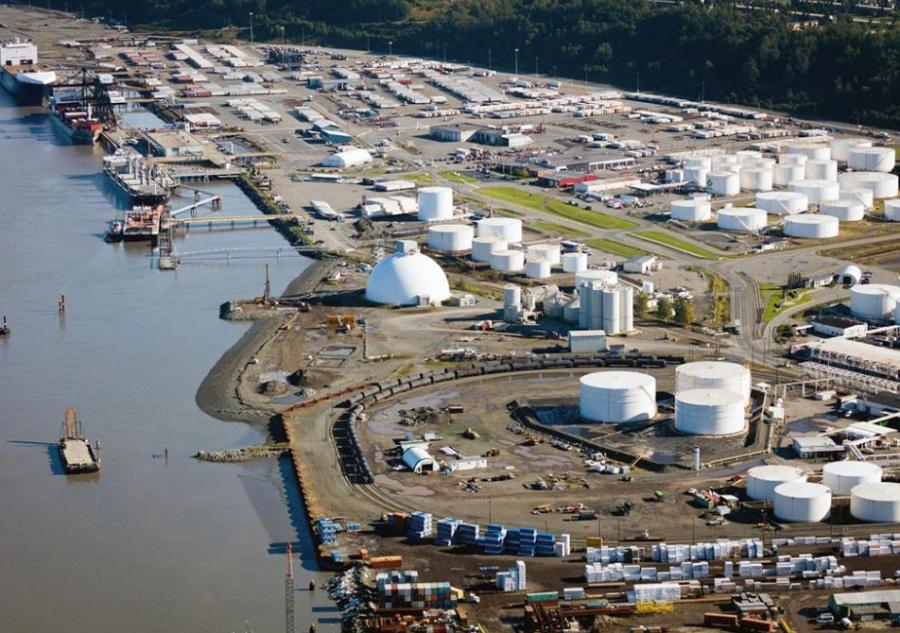 An estimated 85 percent of Alaska’s homes and businesses rely on cargo from the port, which has fallen into disrepair over the years. (Port of Alaska photo)

ANCHORAGE, Alaska (AP) Anchorage has been awarded a $25 million grant to assist with upgrades to the Port of Alaska, officials said.

The U.S. Department of Transportation grant will help fund construction of a new $214 million petroleum and cement terminal that is part of a $2 billion modernization project.

An estimated 85 percent of Alaska's homes and businesses rely on cargo from the port, which has fallen into disrepair over the years.

State and other federal funds are expected to cover $134 million of the terminal's cost, leaving an $80 million gap, according to Mayor Ethan Berkowitz's office.

The federal grant will help offset the deficit, while the remaining $55 million can be generated from port tariffs, Municipal Manager Bill Falsey said. The grant will allow the terminal project to start in the summer with completion projected for 2021, he said.

"The Port of Alaska — which provides the vast majority of the food, construction materials, fuel and other vital goods that Alaskans rely on — is in danger from crumbling infrastructure," the delegation said in a statement.

The cement and petroleum terminal is crucial to the modernization project, Berkowitz and Falsey said. The terminal will ensure the state has access to cement and gasoline and Ted Stevens Anchorage International Airport and Joint Base Elmendorf-Richardson have jet fuel, they said.

"The additional $25 million solves a critical piece of the missing money problem and gives us a high degree of confidence that we will complete the new terminal in 2021," Falsey said in a statement.