ARDOT Fires Inspector Who Overlooked Crack in River Bridge in 2019 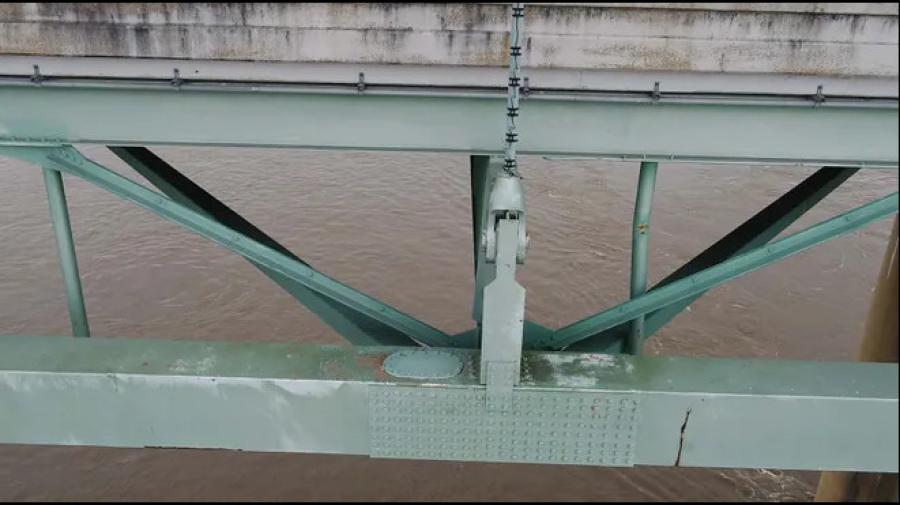 As the investigation continues as to why a significant beam fracture occurred on the I-40 bridge across the Mississippi River, an inspector with the Arkansas Department of Transportation (ARDOT) who checked the 48-year-old structure in 2019 and failed to discover the crack, has been fired and may face criminal charges.

ARDOT officials announced the inspector's dismissal May 17 at a news conference in Little Rock, according to WMC-TV in Memphis.

The Arkansas agency noted that the employee who inspected the bridge in 2019 and 2020 was not using proper protocol and failed to "carry out his responsibilities." ARDOT Director Lorie Tudor said the incident proved negligence in "the inspection process" and the crack "should've been discovered in 2019."

Tudor added that her department will reinspect the I-55 bridge, too, which now serves as the main carrier of traffic between eastern Arkansas and southwestern Tennessee. At 72 years old, the Memphis-Arkansas Bridge is much older than the I-40 bridge, and it is currently jammed with car and truck traffic due the closure of the younger structure.

In addition to increasing its hands on inspection, ARDOT has purchased a drone to help in the process.

According to both state DOTs, repairs on the 9,432-ft.-long Hernando de Soto bridge, built with six lanes for I-40 vehicular traffic, will be accomplished in two phases. 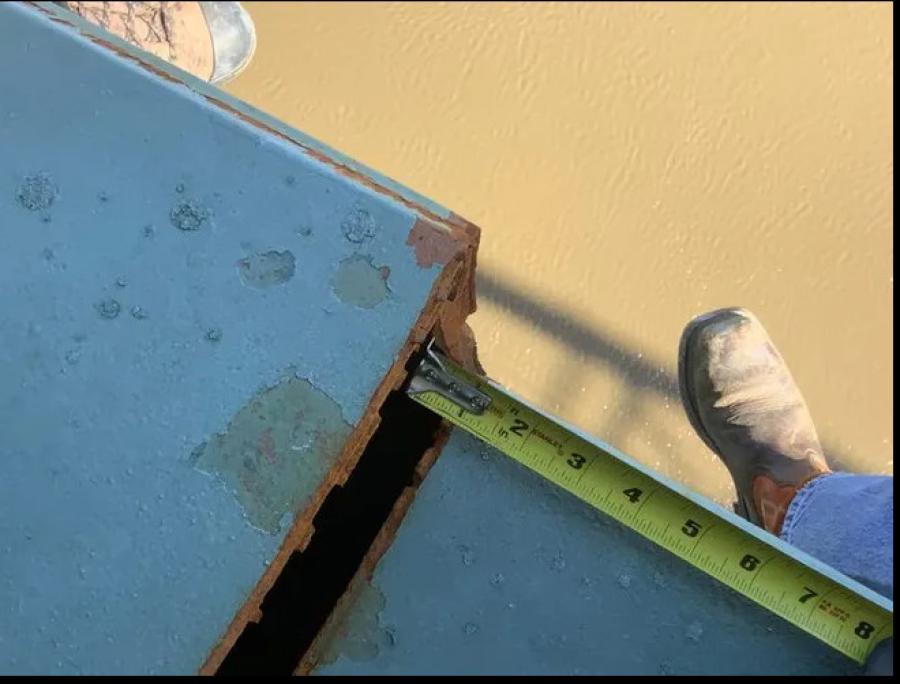 Inspectors measure a significant fracture in one of the critical support members of the Hernando de Soto I-40 bridge in May 2021. (Arkansas Department of Transportation photo)

The TDOT oversees repairs on the bridge and its design team is considering using steel rods over the damaged area until the damaged 37-ft. of beam can be replaced.

Meanwhile, the bridge remains closed indefinitely while transportation officials from both states determine if it is safe to resume vehicular traffic and continue working on a plan for repairs.

The I-40 bridge closed May 11 when a routine inspection that day uncovered the fracture in a support beam in the bridge's truss, but in the days since, videos and photos have surfaced showing that the crack may have been present even earlier than the 2019 inspection.

A local drone enthusiast searched his video archives and discovered he has a 2019 image of that damage, according to a report from the Memphis TV station.

ARDOT confirmed an inspector's drone video from May 2019 showing the same damage, but the agency declined to release the inspector's 2019 drone video, WMC Action News 5 reported.

ARDOT explained that over time, climate and the weight of traffic can expand cracks in bridges; however, the department is unsure if the fracture was as significant in 2019 as it is in 2021.

In one piece of good news, although drivers cannot cross the river and must use the I-55 crossing 3 mi. to the south, barge traffic under the bridge has resumed on the Mississippi River.

Nebraska-based Kiewit Construction, the same group working on the $81 million Cantrell Road widening project in West Little Rock, Ark., has been selected to make the needed repairs on the I-40 bridge repair, an ARDOT spokesperson confirmed to the Memphis TV station.