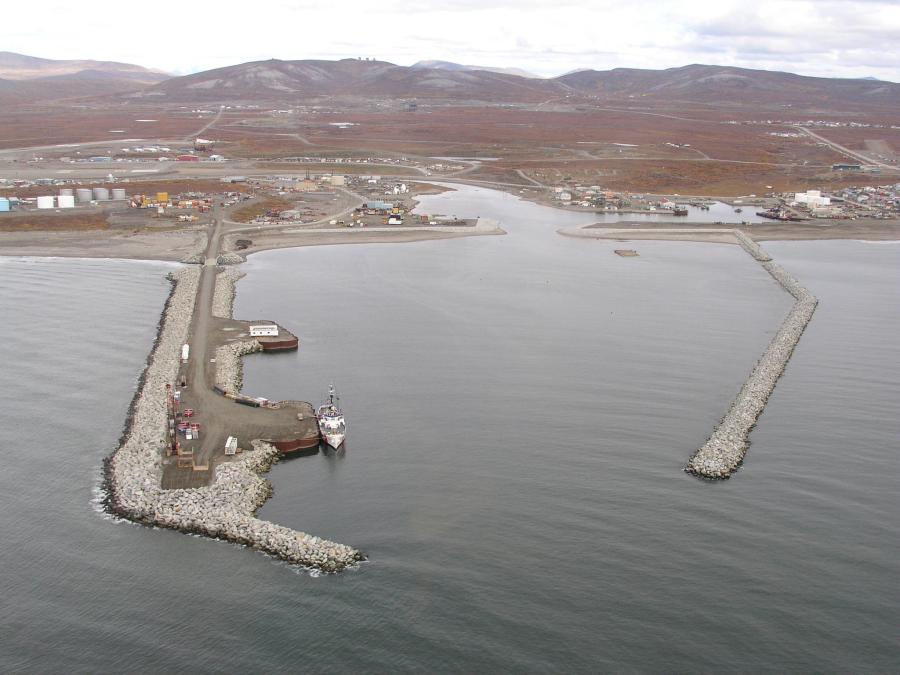 The plan calls for doubling the length of the port’s existing west causeway to reach about 2,100 ft. (640 m) farther into Norton Sound with a nearly 1,400-ft. (427-m) breakwater to protect the harbor entrance from incoming waves.

ANCHORAGE, Alaska (AP) — U.S. Army Corps of Engineers has approved a $618 million plan to expand the Port of Nome.

Congressional approval is now the final hurdle for a long-sought plan for a deep-water port in Western Alaska, The Alaska Journal of Commerce reported Wednesday.

The Port of Nome Modification Feasibility Study is the latest in a series of proposals over the past decade to upgrade maritime facilities along Alaska's western coast.

The plan calls for doubling the length of the port's existing west causeway to reach about 2,100 ft. (640 m) farther into Norton Sound with a nearly 1,400-ft. (427-m) breakwater to protect the harbor entrance from incoming waves. 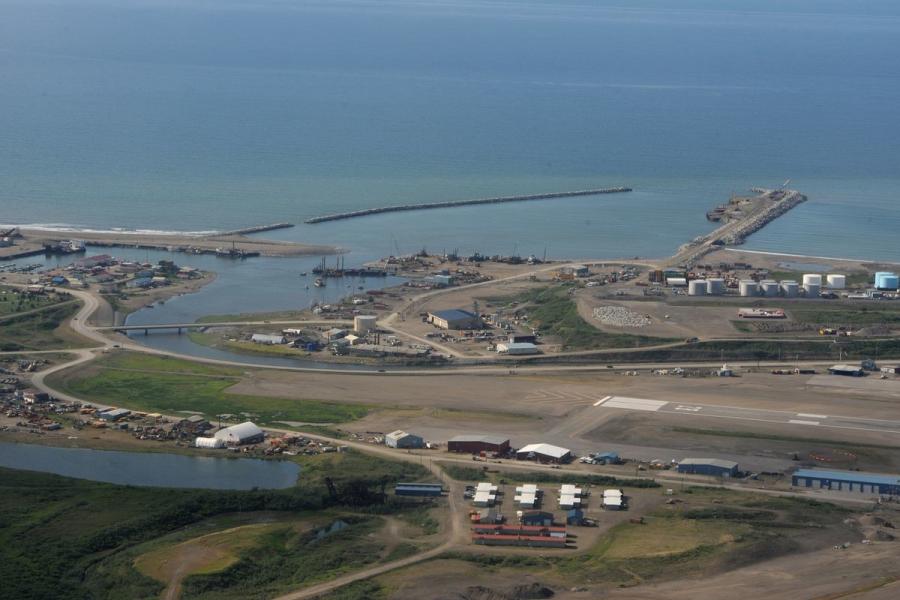 Earlier development concepts for Nome's port or a new deep-water facility elsewhere on the Seward Peninsula were based on expectations the oil and gas industry would open large-scale operations in the Beaufort and Chukchi seas.

The Corps released a $210 million plan in 2015 to expand the protected water area in front of Nome and dredge for larger vessels.

Royal Dutch Shell PLC later that year announced its $7 billion Chukchi oil exploration effort was not successful and the company would cancel its offshore Arctic drilling program. The corresponding plan for Nome's port to improve handling of oil and gas industry support vessels was cancelled as a result.

Congress in 2016 broadened the scope of potential benefits the Corps is allowed to evaluate for marine infrastructure projects in Alaska, allowing consideration of regional viability rather than reviewing only direct and immediate cost-benefit projects.

Nome Port Director Joy Baker wrote via email that local government leaders are working with consultants on a plan to fund the project from several possible sources, but they are not yet ready to disclose the details.

The 2020 American Water Infrastructure Act passed out of the Senate Environment and Public Works Committee May 11 containing language directing Corps leaders to expedite approval of the Nome project.

Sen. Dan Sullivan, who serves on the EPW Committee, said during a May 27 videoconference discussion hosted by Commonwealth North that members of Congress from other states are starting to recognize the need to focus attention on the Arctic as countries like China and Russia grow their icebreaker fleets and continue to grow their presence in the region that is believed to hold vast stores of energy, minerals and other resources.

"There has been an Arctic awakening, there's no doubt about it. It is across the board; Democrats, Republicans, Senate, House and it's coming up all the time," Sullivan said.

Currently, Dutch Harbor is the only deepwater port in Western Alaska capable of being the homeport for large vessels — whether they are for research, spill response, search and rescue or industry.