So far, $55 million renovations have begun on five of the barracks built in the 1960s, with an anticipated completion date sometime this fall. 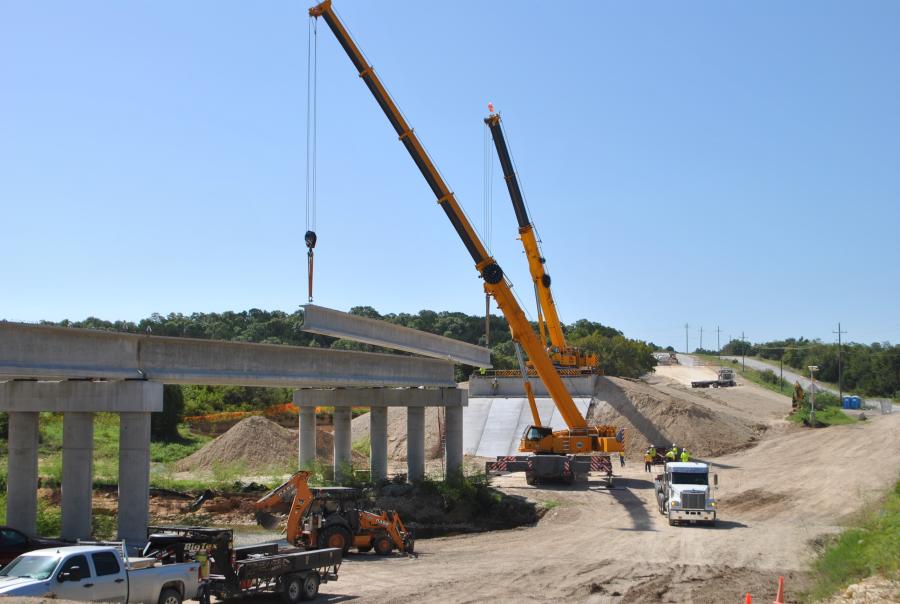 The new Georgetown Bridge at Jackson's Crossing, a $9.7 million highway bridge that has replaced a low-water crossing bridge, will open in Jan. 2018.

Fort Hood, Texas, is in the middle of nearly $300 million in construction projects to improve its various facilities.

“Fort Hood is one of the Army's most important installations,” Brian Dosa, Fort Hood director of Public Works, said. “About one out of every 10 Soldiers in the Army is serving at Fort Hood, so Fort Hood exists to train our Soldiers to go fight our nation's wars.”

The top-ranking project on the list is renovating the barracks, which account for 99 of the 8,000 buildings and facilities on Fort Hood. Of those, 20 were built in the 1960s and renovated in the late 1990s, and eight were built in the 1950s, the Fort Hood Sentinel reported.

“It's typically about a two-year process to get barracks renovated,” said Dosa.

So far, $55 million renovations have begun on five of the barracks built in the 1960s, with an anticipated completion date sometime this fall. Funding for 10 more of these barracks is expected to come, leaving 35 more left to be renovated later.

In addition, crews broke ground in November for the new $63 million Mission Training Center, which will be completed in January 2020. The center will provide new technology and bandwidth to help with training for both commanders and troops.

“This will replace the Battle Simulation Center with much, much better capabilities,” Dosa said. “[The old training center] was a great facility when it was built back in the early 80s, but technology has just outgrown the facility. [The new center] will train our leaders on how to command and control units without having to go to the field.”