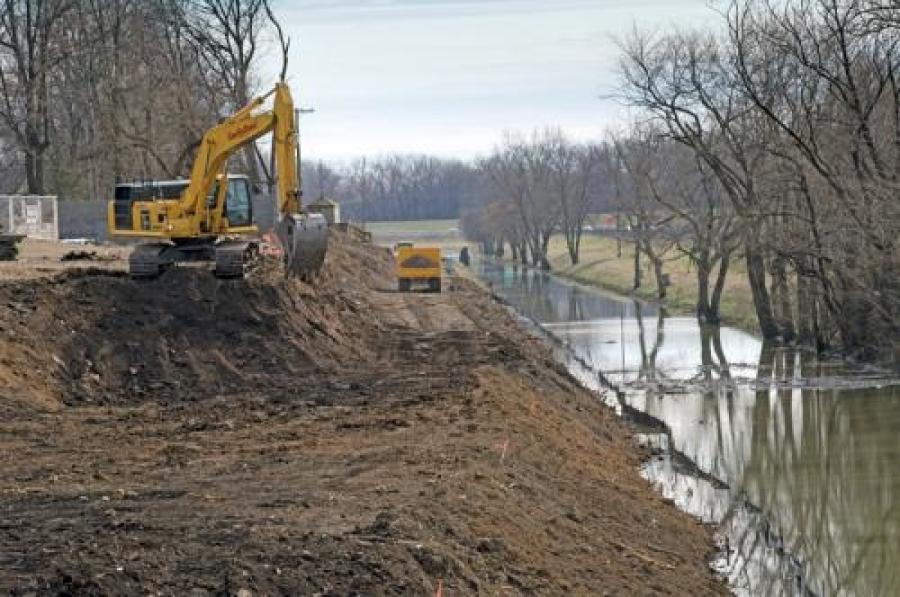 EVANSVILLE, Ind. (AP) Bee Slough has been getting a lot of attention lately due to the major sewer infrastructure project under way in the area. And now Cultural Resource Analyst Inc. has identified an archaeological site there.

Cultural Resource Analyst got involved with the Cass-Adams sewer interceptor project in 2014 which “specifically receives funding from the Environmental Protection Agency ... which has to comply with the National Historic Preservation Act. A federal law that requires federal agencies to consider historical properties and archaeological sites,' Martin said.

The Bee Slough projects are just one part of Renew Evansville, a larger $729 million overhaul to bring Evansville's aging sewer system in compliance with the federal Clean Water Act, enforced by the EPA and Indiana Department of Environmental Management. The 24-year plan is designed to fix the city's outdated combined sewer system and stop overflows and backups of sanitary sewage into the Ohio River and Pigeon Creek. It will include sewer infrastructure upgrades, as well as operational improvements and reduced water pollution. Shawnee Drive closed to traffic May 15 until further notice for construction work related to the Cass-Adams sewer project.

During an initial survey of the site, workers encountered multiple historic artifacts along Bee Slough ranging from the late 19th Century through the early 20th Century.

“It was ideal that we go in when construction started. A lot of the same things they were doing, digging trenches, were things that we would've done as archaeologist to get these artifacts,' Martin said.

Martin explains that, as archeologists, they are interested in things people have discarded in the past. Specifically, for this project, they want to learn about how the area became a dump and what people were buying in Evansville during the early stages of American consumerism. Ultimately, the excavation and ongoing analysis of the artifacts from this site provide details about Evansville's past that are often not found in history books.

Some items recovered from the site will go to the Evansville Museum of Arts, History and Science. Those that don't will be turned over to the Evansville Water and Sewer Department, with a possibility of a few items being housed in the Indiana State Museum. — AP