As Gas Taxes Dwindle From Electric Vehicle Use, Congress Looks for Solutions, Strategies 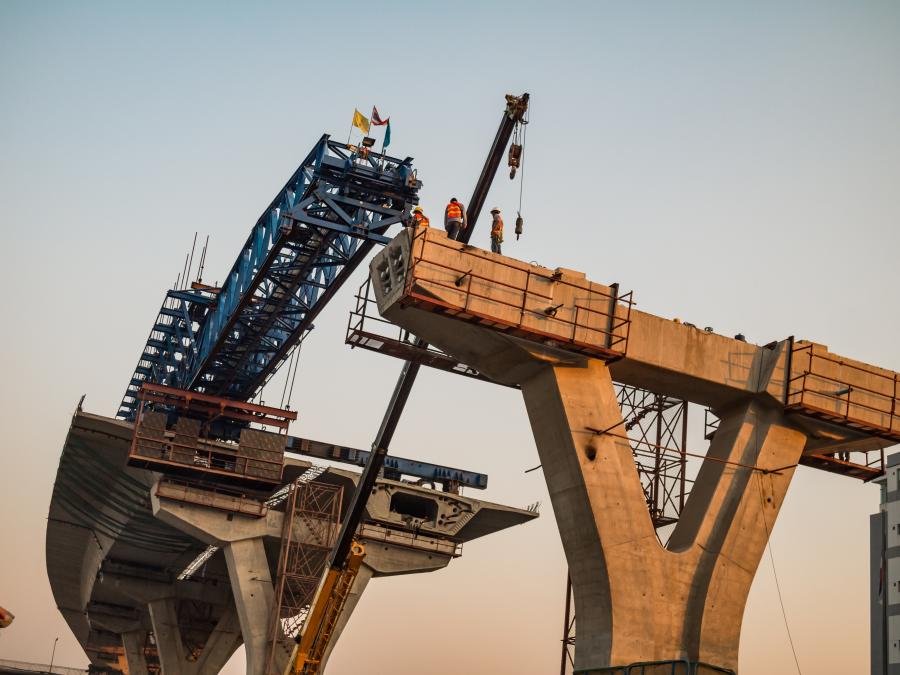 The gas tax, a source of revenue for U.S. infrastructure construction and maintenance, is threatened by both the growth in electric vehicle technology and a Congressional proposal to suspend it for 2022.

For all its faults, the Highway Trust Fund, funded through gas tax revenue, is the main financial support for America's roads and bridges. It hasn't increased with inflation — in fact, it hasn't increased in almost 30 years — even as road and bridge conditions deteriorate. Despite the grim picture of U.S. infrastructure these days, the fund is under fire from several directions.

The push is on at the federal and state level to see more electric vehicles on America's roads. But as the number of EVs grows, gas tax revenues shrink. Historically, Congress has relied on a general revenue transfer in the Highway Trust Fund to make up for the gap due to inflation. How will funds lost to EV technology be recouped?

Pile on a Congressional bill floated this winter that would suspend the gas tax for 2022 and the infrastructure picture is even more dire.

"At the end of the day, this is the user fee system paying for our infrastructure," said Alex Etchen, the AGC's senior director of government affairs — infrastructure advancement. "Doing away with it would make the method of paying for roads and bridges even harder. There's an insolvency gap; getting rid of it will only make the problem more challenging."

The Gap Is Widening

Expecting to see more electric, hybrid and alternative-fuel cars on the road in the years to come, officials at the state level are working on a solution to build and repair their infrastructure. Though it doesn't produce the same federal and state revenues, driving an electric vehicle has the same impact on roads in terms of wear and tear.

"In terms of revenue sources, you have the gas tax, the diesel tax, the excise tax on heavy trucks and the tire tax," said Etchen. "The gas tax is the biggest source, but it hasn't been indexed for inflation."

The gas tax has remained at 18 cents a gallon, and Etchen imagines the country has lost purchasing power as a result of inflation. Congress has relied on general revenue transfer to make up for that gap. But at the same time, there's a $756 billion backlog in road and bridge repair.

"You factor in now the fact that electric vehicles make up 2 to 4 percent of the U.S. vehicle fleet. There are all kinds of electric vehicle mandates at the state level. That solvency gap is going to grow rapidly over the next decade or so."

The imbalance is worrisome. The infrastructure bill helps attack the backlog, but the new challenge will be making sure EV infrastructure is covered.

"State and local governments need to start investing in this infrastructure," he said. "EVs are currently not paying anything to address these issues."

The ongoing losses as a result of infrastructure deterioration and inflation were enough to spur Congress to create a national surface transportation infrastructure commission.

Part of the 2005 SAFETEA-LU surface transportation bill, the commission was tasked with analyzing future highway and transit needs to make recommendations on alternative approaches to financing transportation infrastructure. 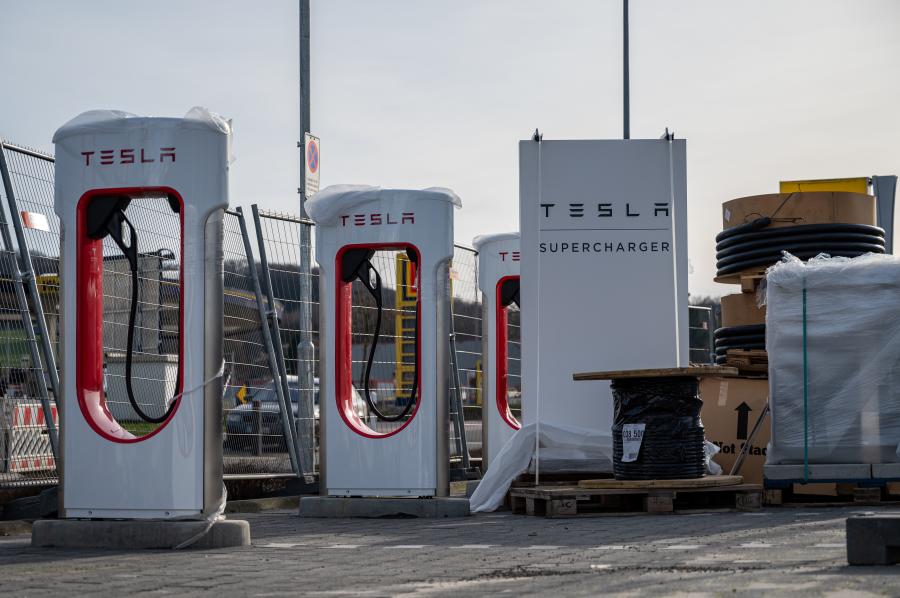 "In the FAST Act of 2015, the highway bill provided $95 million to undertake pilot programs on how an EV fee would work," he added. "The IIJA, in addition to funding for infrastructure, has a national VMT pilot program. It would address how to get EVs to pay and it would address AVs as well."

He said this pilot program follows the simple premise that if you use the system you pay into the system.

Many states have fees in place to cover the gap. User fees, licensing fees and registration fees are being implemented or floated, depending on the number of EVs on state roads currently.

"I think some ideas being implemented at the state and local level include an annual fee for owning an EV to ensure owners are paying something into the maintenance of roads and bridges," said Etchen. "There are driver's license fee proposals, annual registration fees, various other related fees. All have pros and cons. Right now, the one Congress seems to be studying hard is VMT."

The state of Kansas, at the bottom of the list in both number of EVs on the road and the infrastructure supporting them, is eyeing the road usage model for EVs in its state. Officials are surveying residents as well as ag and commercial trucking entities where the move to EVs is expected to grow.

According to the Topeka Capitol Journal, just over 6,000 hybrid and EVs are registered in Kansas. That equates to .3 percent of all vehicles registered there.

An increase is expected in the years to come, especially now that the Biden administration's IIJA passed this past fall.

In Kansas, EV users pay a $100 annual registration fee to offset lost gas taxes, but the Kansas Department of Transportation sees this as a temporary solution.

KDOT Secretary Julie Lorenz likes the nationally-favored VMT model with a different rate for busier roads at peak travel times. She wants EV owners to think about transportation "as a utility."

Most states looking for solutions favor the VMT model, too. They're estimating about a penny per mile. Oregon, Virginia and Utah have adopted some variation of this model in recent years, according to the Capitol Journal.

Residents of Utah can pay a flat registration fee and enroll in a road usage program at 1.52 cents per mile driven.

"We're smart to be thinking about what that looks like long term and I'll tell you every single state is having a similar kind of conversation," said Lorenz in addressing the state's House Energy, Telecommunications and Utilities Committee. "Some states are ahead of us. But all the DOTs are worried about what it's going to look like in the long run." 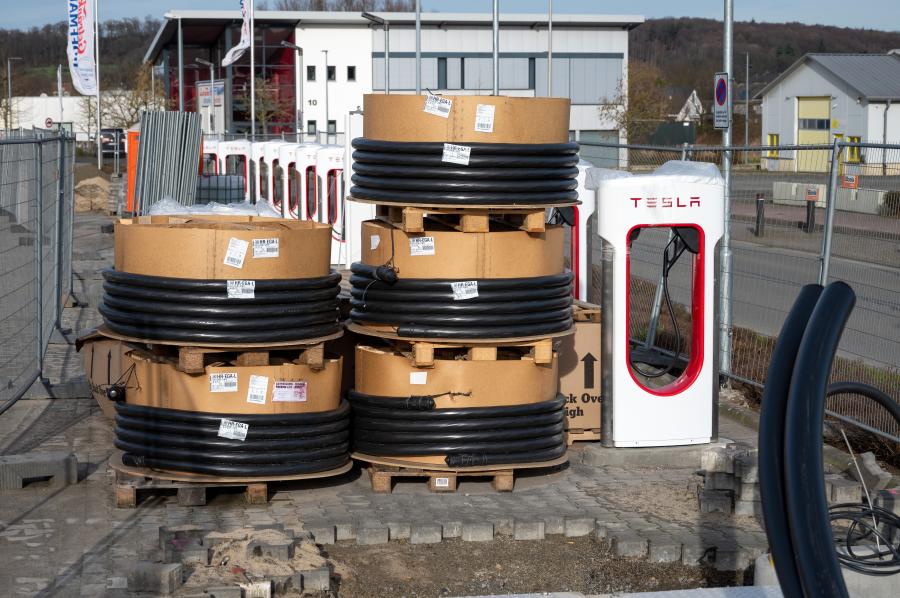 Georgia is considering a plan to offset revenue loss with a per-mile fee on drivers. News outlet The Center Square reports that a push is on to replace the state's fuel tax with a per-mile highway fee to secure revenue as transportation technology evolves.

"We're going to need to replace the fuel tax as the primary source of highway funding," Rober Pool, transportation expert, told a legislative panel this past fall.

Currently, mileage-based user fee models require annual odometer readings, GPS trackers and other monitoring devices if a prepaid option is not included, according to The Center Square.

In Utah, drivers report their mileage electronically, using a plug-in device in their cars or a smartphone app. They're given the option to pay 1.5 cents per mile traveled or an annual flat fee of $120 for electric vehicles or $20 for gas hybrids, according to news service Axios.

Oregon is testing funding models based on the time of day among other factors. User fees can help manage traffic congestion and address climate issues by charging different amounts based on region, road and time of day.

However, the transponder technology required inside the vehicle faces opposition. Plus, rural drivers could pay more than urban and suburban residents.

Adding Fuel to the Fire

A group of congressional Democrats are floating the idea of suspending the gas tax for the year. Introduced early this month, the proposal is meeting with heavy, vocal opposition from the construction industry.

The day the proposal was introduced, ARTBA sent a letter urging the Senate "to resist this proposal." Dave Bauer, ARTBA president, said the legislation "could open the door to unravelling the largest infrastructure package in American history." 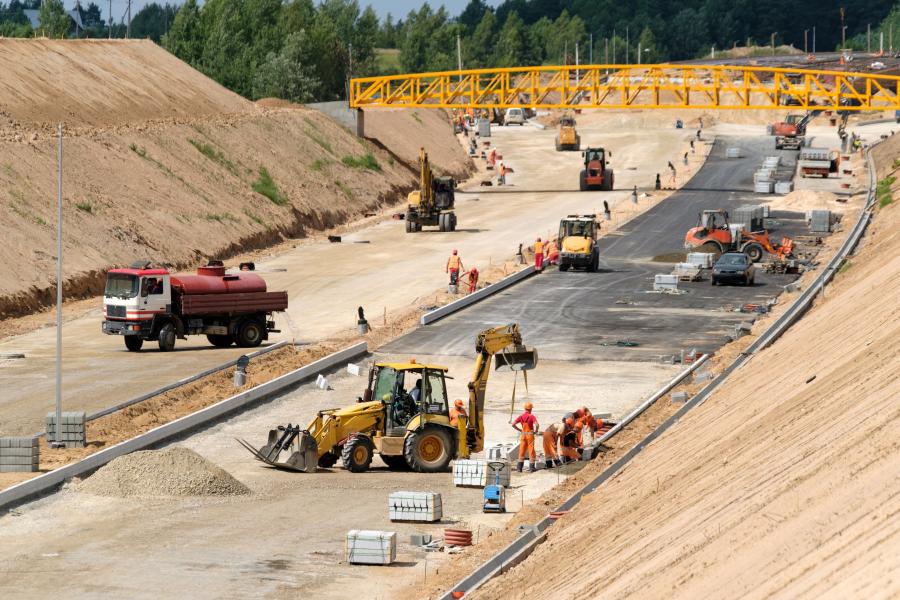 He pushed the Senate to "instead focus on delivering the first year of promised investments by completing the FY 2022 appropriations process."

The proposed gas tax suspensions will likely have no impact on what drivers pay at the pump, said Stephen Sandherr, CEO of the AGC. Etchen agreed with Sandherr. "There's no proof if this tax were suspended that the savings would be passed on to consumers by oil companies," he said.

Instead, it will hamstring President Biden in keeping his promise to fix roads and bridges that are "in desperate need of improvement across the country," said Sandherr.

That's because the "irresponsible measure" would leave a hole in the Highway Trust fund, he maintained.

"Fuel prices are rising for a variety of reasons, including the fact demand is up while Democrats in Congress and the White House are pushing measures to limit domestic oil production," he added. "Those factors have led to significant increases in the price of fuel and will not go away even if the federal fuel tax were to be temporarily waived."

Sandherr said instead of helping motorists, the proposal will drive up the cost of shipping and commuting. Growing congestion and worsening road conditions "will delay shipments, damage vehicles and undermine economic growth since there will be fewer funds available in the long-term to repair our transportation systems."

Ultimately, new taxes or additional deficit spending will force all taxpayers to pay for this proposal to plug the massive revenue holes it will create, he said. CEG