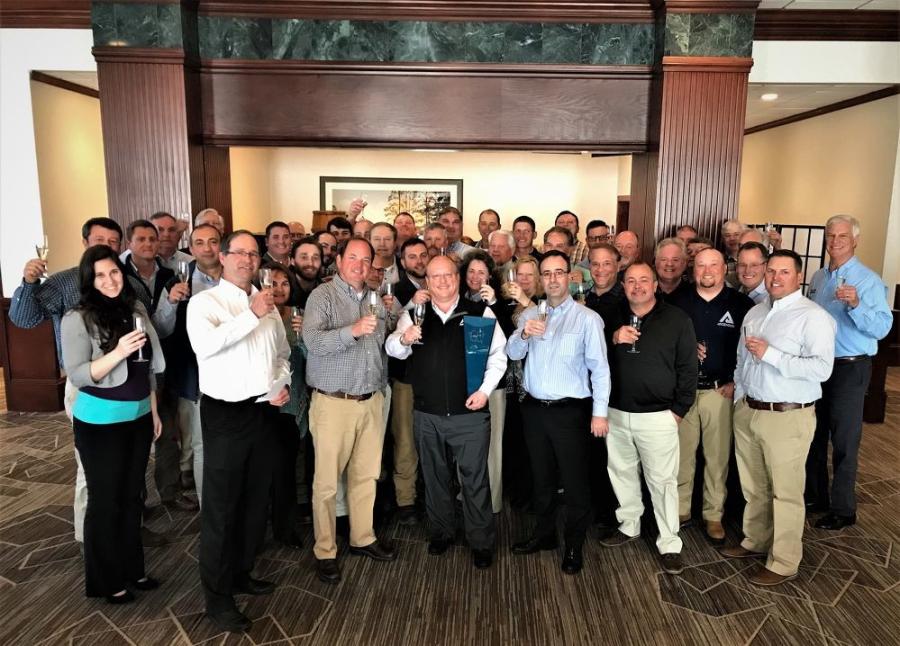 Ascendum Group is celebrating two significant milestones in 2019 – the 60th anniversary of the global dealership's founding in central Portugal, along with 15 years of business here in the United States. To commemorate the past six decades in operation, Ascendum commissioned a piece of art resembling a torch that was sent to all of the international territories that the company maintains a presence. Then on April 1, 2019, exactly 60 years from the day Ascendum opened its doors in 1959, the torch was ceremoniously illuminated at each country and then embarked on a journey to every branch within the United States.

Ascendum Machinery is the American location of the largest Volvo Construction Equipment Dealership in the world. At its 15 domestic locations, Ascendum is able to provide quality machines to customers such as excavators, articulated haulers, wheel loaders and road machinery to construction sites all over the country — as well as various products from allied partners such as LeeBoy, Sennebogen, Doosan and Sandvik. 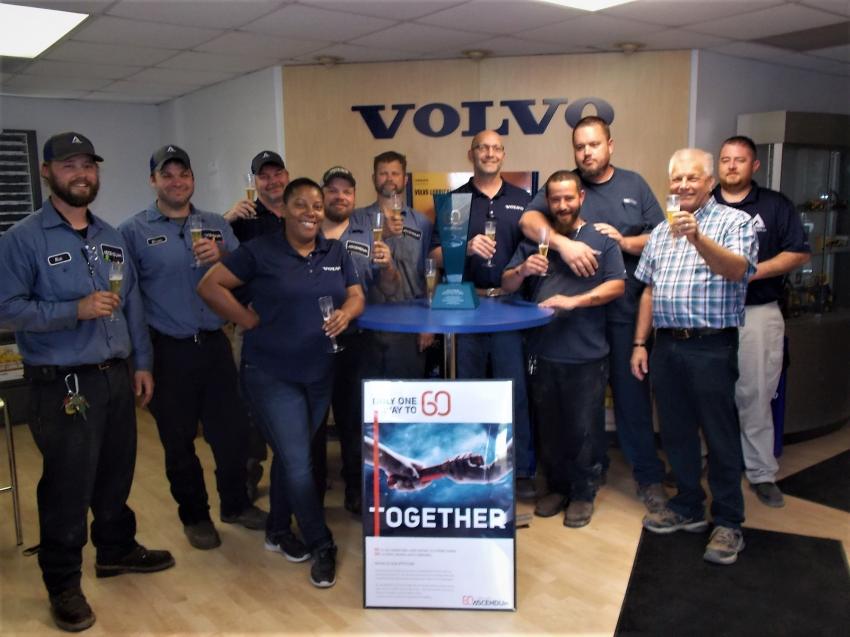 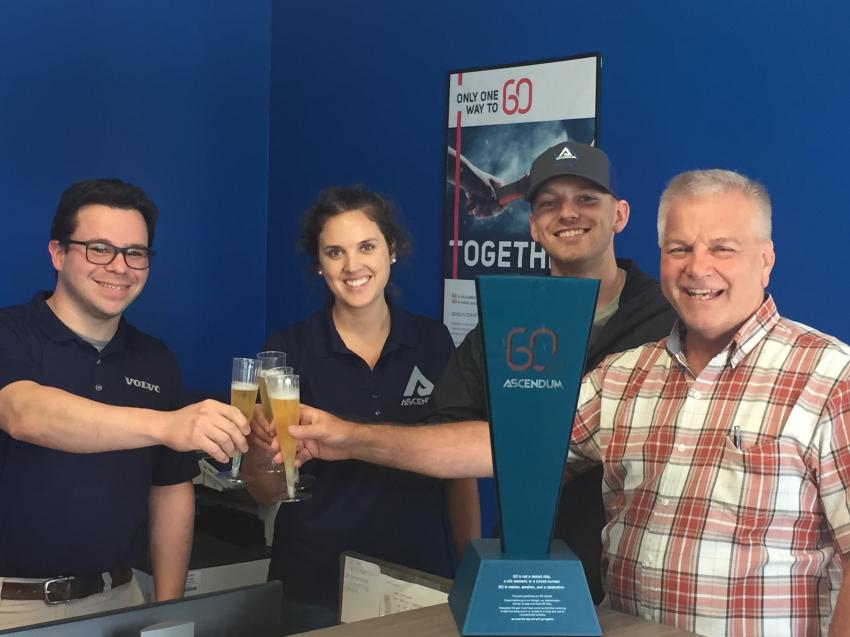 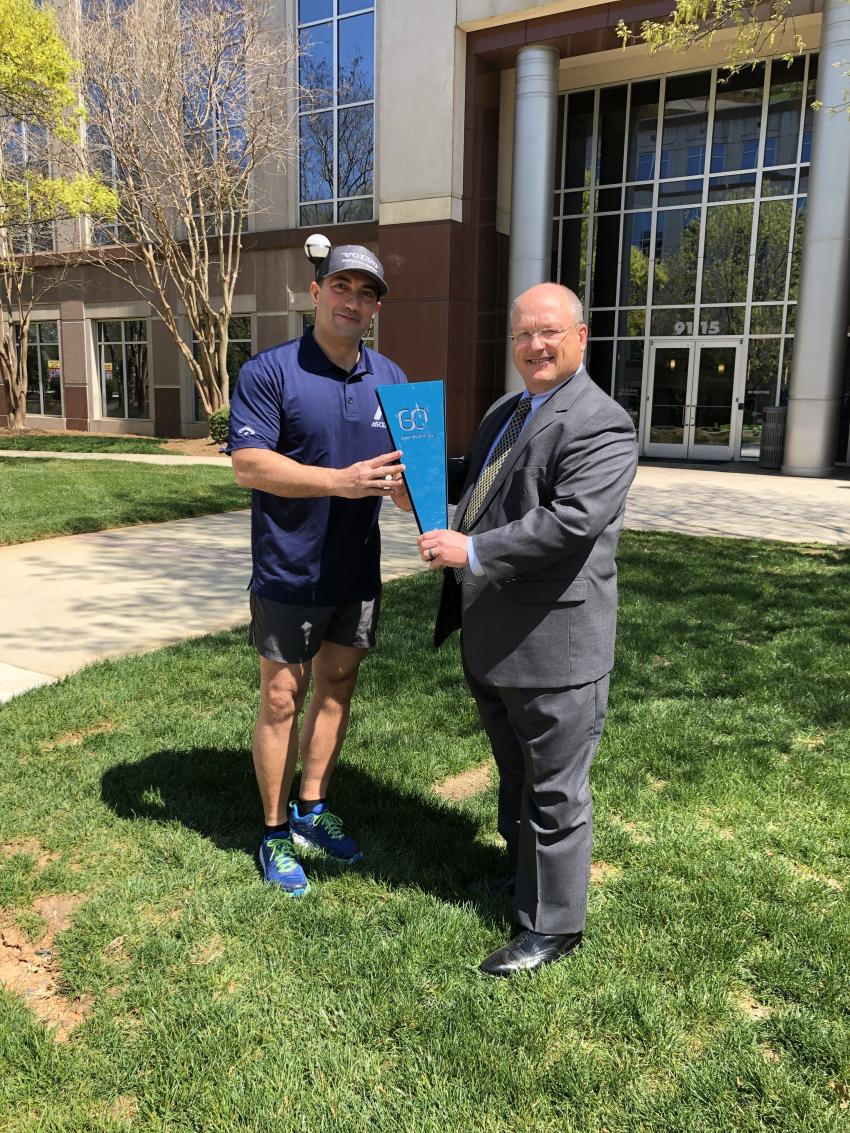 Kenny Bishop, CEO of Ascendum Machinery, hands the torch to Mario Stoilovich, director of business development, to run the 60-year torch from Ascendum’s Corporate offices to the Charlotte branch. 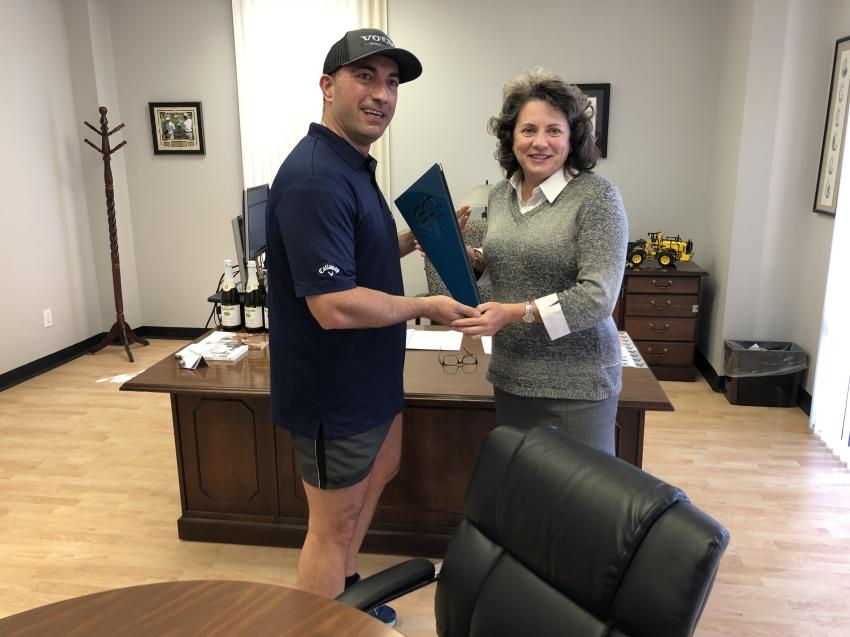 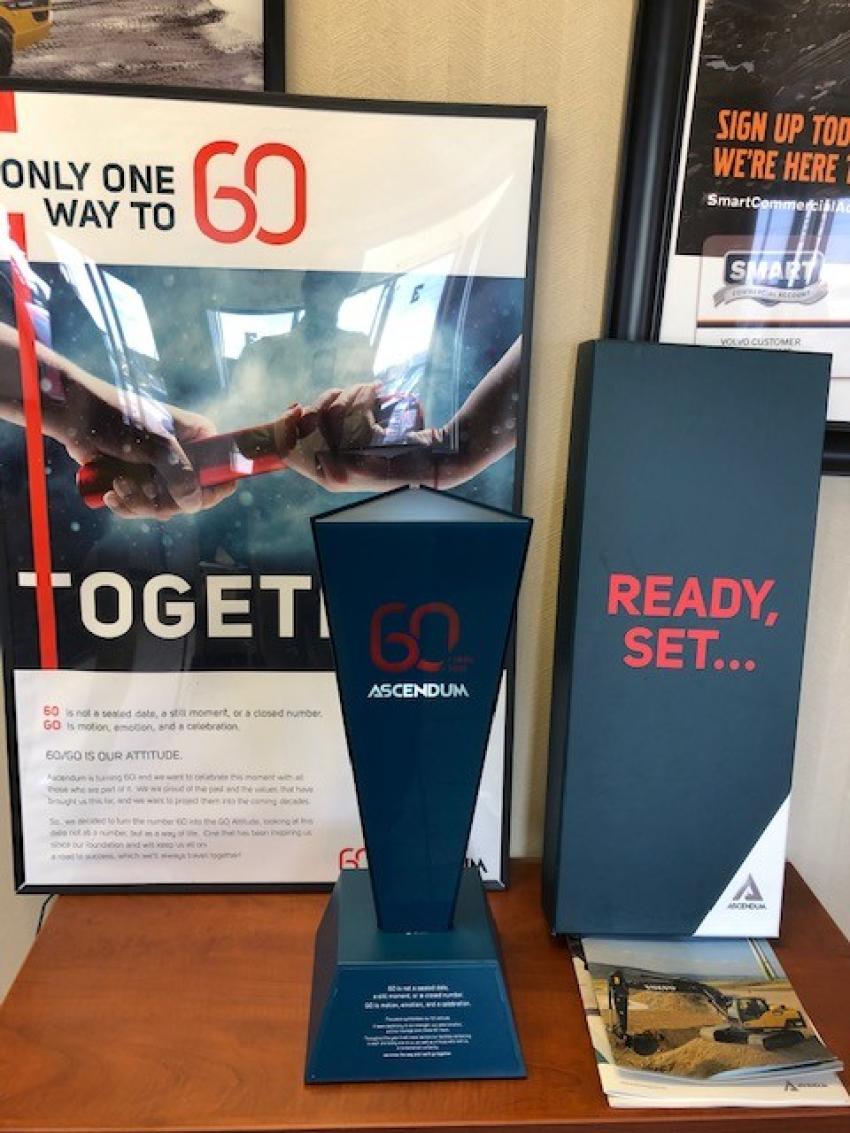 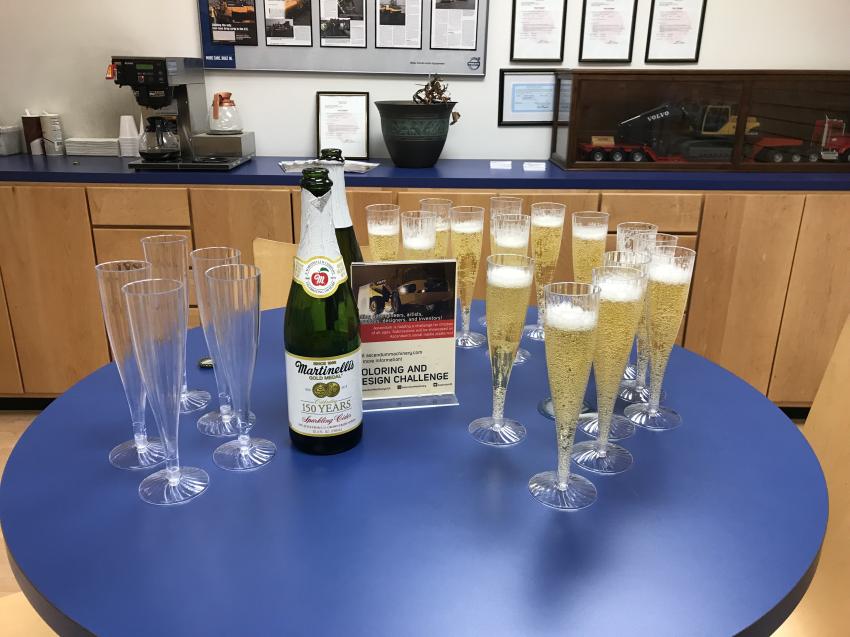 The sparkling cider used in the company-wide toasts. This picture was taken at Ascendum’s Charlotte branch. 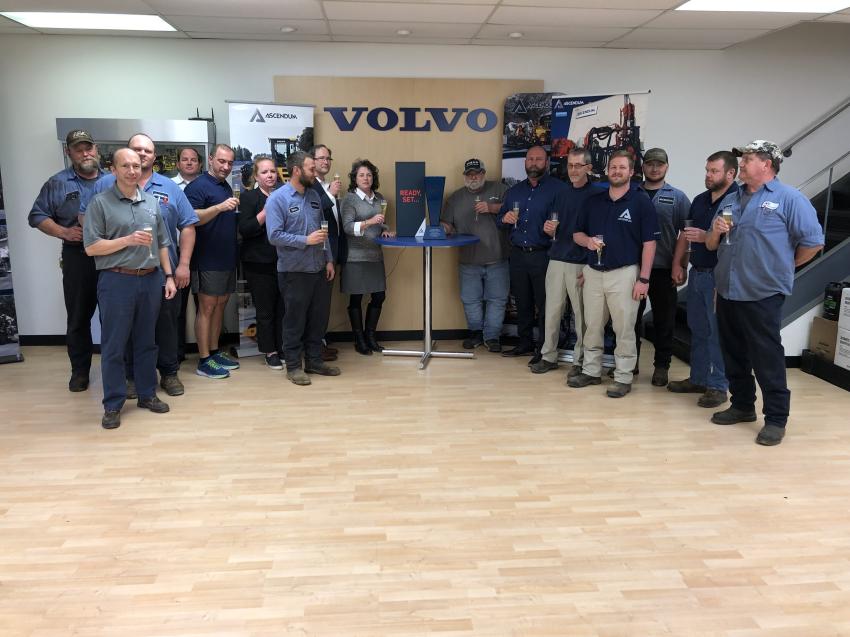 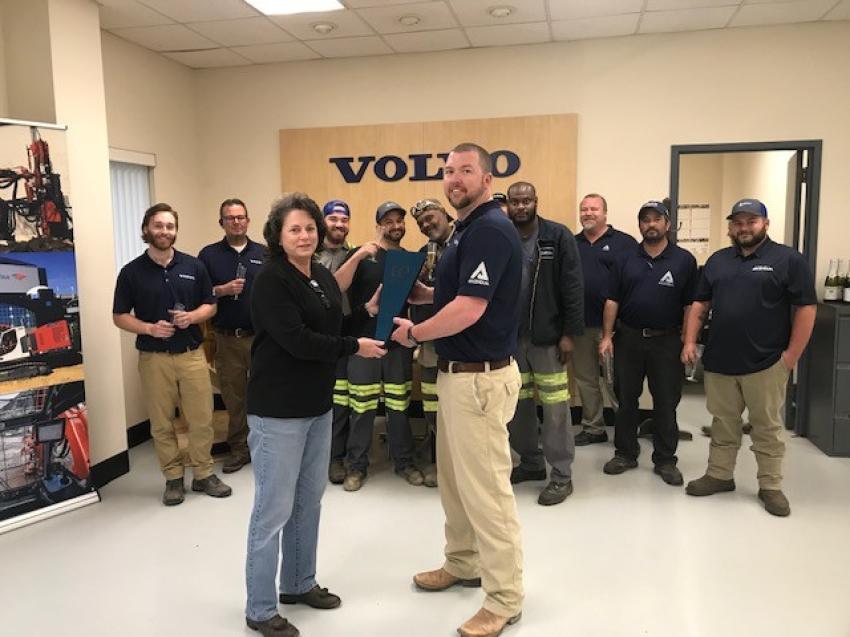 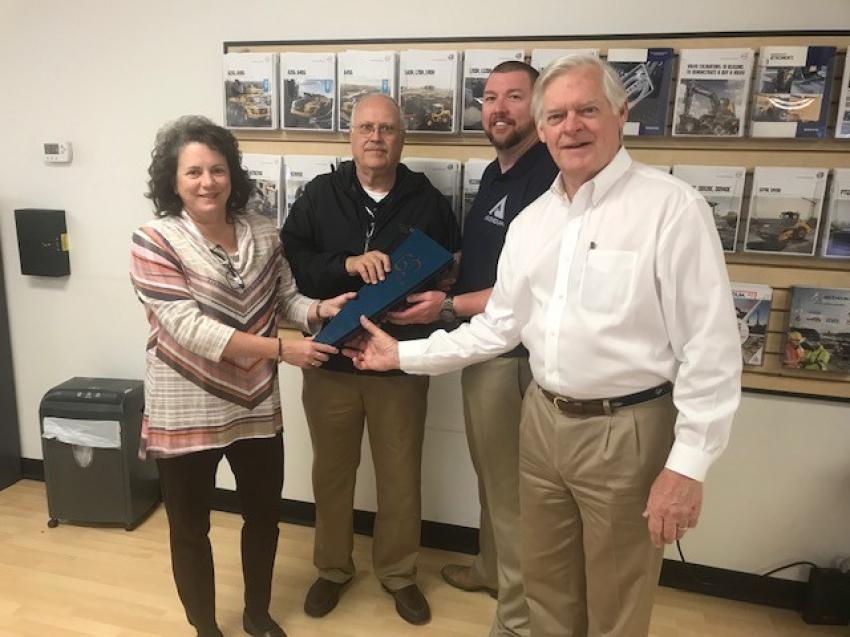 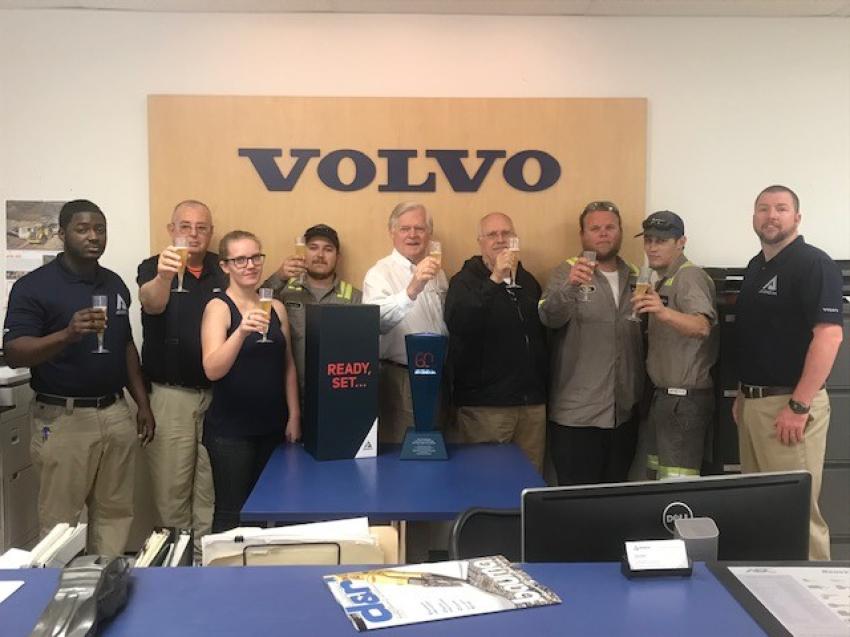 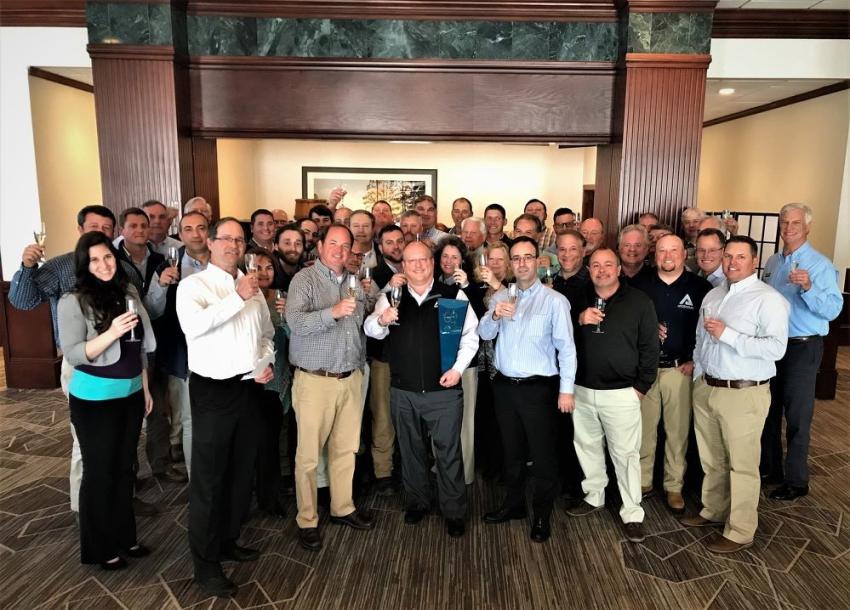