Industry veteran Brad Stimmel is looking forward to the "next chapter of his life" after a career spanning more than 40 years. 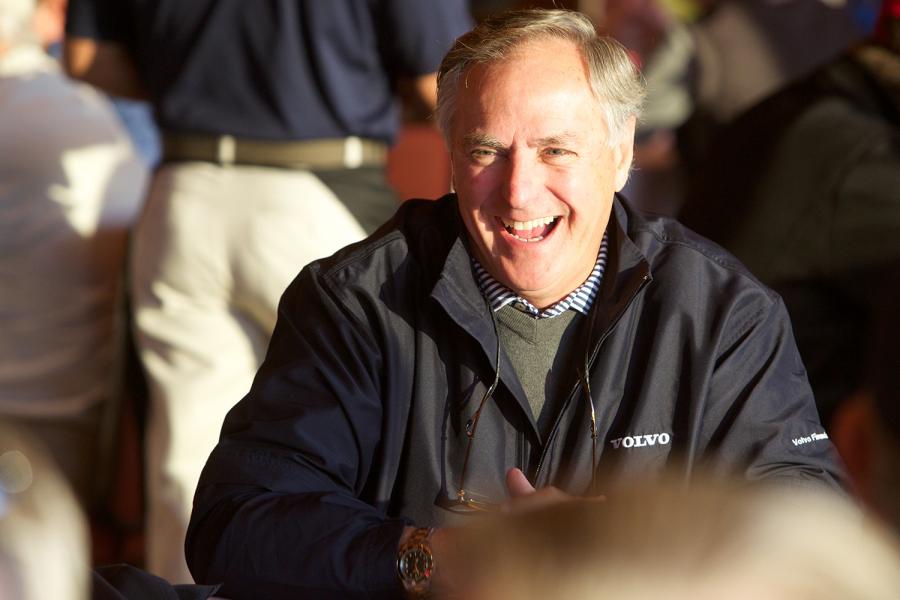 Industry veteran, Brad Stimmel, has retired from Ascendum after serving as CEO of the company for the last nine years.

His career began in 1974 after finishing college with an engineering degree. He was working on a construction site in 90 degree temperatures, and, as he recalls, an Oldsmobile Delta 88 pulled up on the site.

“So, this guy gets out in a sport coat and a tie and talks to the guy running the equipment,” said Stimmel. “He turned off his backhoe and said to me, 'Brad, if you are looking for a job? There's a job you should go for.' I said, 'who's he?' He said, 'he's a Caterpillar salesman.' I got dressed up the next day, and I applied and they hired me.”

Stimmel started working for the dealership in a six-month trainee program, which familiarized him with every aspect of the company, including working in the warehouse and in the undercarriage shop, washing equipment, IT, accounting and sales.

After the program, Stimmel decided to join the sales team as a sales office assistant. From there, he moved up through the ranks — from the sales office to the lift truck sales territory, the construction equipment sales territory and, finally, the operations manager at the company's remanufacturing and rebuild facility.

Following a successful tenure, Stimmel decided to leave and work for another Cat dealership. He said the decision was motivated by a desire to get out of the parts and service field and to “get back into outside sales.” Later, he left that dealership for a Komatsu dealership in order to be closer to his hometown. Next, he was asked to go back to a Cat dealer as a division vice president. Finally, he joined Ascendum where he remained until his retirement.

“I've worked with Cat dealers for 19 years, a Komatsu dealer for 14 years and at Ascendum for 10 years,” said Stimmel. “I have worked with some great companies and some great people that were both customers and employers that nurtured me, trained me, tolerated me, but most importantly, trusted me to help their businesses grow. That trust is probably my biggest takeaway from those relationships and all those fine people whom I worked with and worked for,” said Stimmel.

Stimmel said the industry changed immensely during his career, with some of the biggest changes taking place in the rental market.

“When I first got in the business, rental was rare,” said Stimmel. “You did some for very special accounts, but it was only for the accounts that demonstrated, with time, that they were going to buy the machine. It really wasn't a rental with an option to return. It was a rental with an option to buy. Today, rental dominates the business, with 60 to 70 percent of customers' equipment needs satisfied through either rental first or a rental/lease program.”

According to Stimmel, there also was an evolution in field services. He said that shop work is becoming less popular with customers.

“You introduce risk putting machines on the highway on a Lowboy, and with all the traffic, it's so much worse,” said Stimmel. “That's what we see changing primarily on the service side. On the parts side, customers have higher expectations for the availability of parts. It used to be people would order parts and expect to wait until days or sometimes a week later depending on the complexity or size of the component or part. Today, customers want them right away.”

Stimmel said that the most important lesson he's learned in his career was to develop and maintain strong relationships, and the ability to foster relationships is something he looked for when hiring new candidates.

Stimmel said he is looking forward to starting a new chapter, including seeing our country.

“I've been all over our country for business, and I haven't seen anything,” said Stimmel. “I fly on an aisle seat, and I don't even see it in the air because I'm not at a window. I've been on the interstates, in airports, into meetings, and then back out, so I've never seen it firsthand. I want to see the beauty of this country, so I'm going to spend the first couple of years traveling.