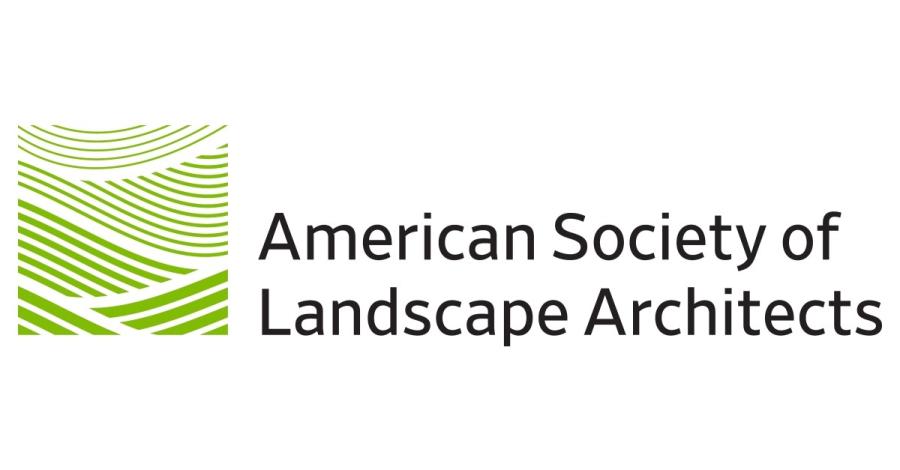 The American Society of Landscape Architects (ASLA) announced its 2018 honors recipients. Selected by ASLA's board of trustees, the honors represent the highest awards ASLA presents each year. The honors will be presented at the president's dinner on Oct. 22, held during the 2018 ASLA Annual Meeting & EXPO, Oct. 19 to 22, in Philadelphia.

Carol Franklin will receive the ASLA Medal, the society's highest award for a landscape architect. Franklin, a founding principal of Andropogon Associates Ltd., has been at the forefront of ecological design and sustainable landscapes since 1975. Her generous spirit has inspired countless people through her work, her teaching and her writing. Her award-winning landmark projects include the restoration of the North Meadow, Ravine, Ramble and Loch sections of Central Park, N.Y.; the rescue and restoration of three of Frederick Law Olmsted's parks in Louisville, Ky; and the master plan, design and management plan for the Crosby Arboretum, in Picayune, Miss.

Mikyoung Kim will receive the ASLA Design Medal in recognition of her exceptional design work. Kim, the founding principal of Mikyoung Kim Design, is a preeminent practitioner of landscape architecture as cultural expression. She has harnessed critical research to develop approaches grounded in evidence-based design, particularly in healthcare. Her healing gardens are found at the Lurie Children's Hospital in Chicago, Boston Children's Hospital and the Jackson Memorial Hospital in Miami. Her inspirational designs have focused on the needs and dreams of children and families, including those from underserved populations in Hartford, Conn., to the regional learning center at the Chicago Botanic Garden.

Patrick Miller will receive the Jot D. Carpenter Teaching Medal for significant and sustained excellence in landscape architecture education. Miller, most recently associate dean of graduate studies and outreach in the landscape architecture program at the Virginia Polytechnic Institute and State University, has emphasized landscape architecture's contribution to human well-being through better design and planning, particularly addressing underprivileged or underrepresented communities. His personal integrity is highly regarded by all, and his impact stretches across programs in the United States and around the globe. Miller is a past-president of ASLA, a Fellow of ASLA, and a Fellow of the Council of Educators in Landscape Architecture.

Scott Bradley will receive the LaGasse Medal for contributions to the management and conservation of natural resources and public landscapes. As director of context-sensitive solutions and an assistant director in the Minnesota Department of Transportation Office of Environmental Stewardship, Bradley has been a leading representative in promoting a national research program on transportation project planning and design. He has become a national and international leader in shaping the management and conservancy of roads and roadsides. He has set a high bar for achievement in the planning and design of transportation systems to and through urban, suburban, and rural neighborhoods and landscapes.

David Archambault will receive the LaGasse Medal for contributions to the management and conservation of natural resources and public landscapes. Archambault, the former tribal chairman of the Standing Rock Indian Reservation in North Dakota, was instrumental in the Dakota Pipeline protests, one of this nation's most notable community protection campaigns in modern history. While the campaign was indeed initially focused on tribal natural resources, Archambault has become an articulate national spokesperson for the interconnectedness and importance of viewing the protection of natural resources, such as clean water, and native habitat preservation, as a systemic concern that should be important to all people.

Forterra, a land conservation nonprofit in western Washington state, will receive the Olmsted Medal, which recognizes individuals, organizations, agencies or programs outside the profession of landscape architecture for environmental leadership, vision and stewardship. Forterra helps address environmental injustice and maintains the cultural character of communities by protecting land with a variety of uses — wilderness, farms, forests, waterways, urban green space, parks, even community gardens. It collaborates with public agencies, other organizations and communities for the common good. Forterra's work also includes a large educational component to help communities and individuals understand how land conservation may be accomplished.

Dumbarton Oaks Research Library and Collections will receive the Landscape Architecture Medal of Excellence. The award recognizes significant contributions to landscape architecture policy, research, education, project planning and design, or a combination of these items. Dumbarton Oaks has played a significant role in the emergence of a rigorous discipline of landscape architectural history and in the shaping of research as an important contribution to contemporary practice. It has served as an exemplary steward of the historic landscape and gardens in Georgetown, Washington D.C., originally owned by Mildred and Robert Woods Bliss and designed by ASLA founding member Beatrix Farrand between 1921 and the late 1940s.

Andropogon Associates will receive the Landscape Architecture Firm Award, the highest honor ASLA may bestow upon a landscape architecture firm in recognition of distinguished work that influences the profession. Founded in 1975 by Carol Franklin, Colin Franklin, Leslie Sauer and Rolf Sauer, Andropogon has become a model of ecologically based landscape architectural practice. Now led by principals José Almiñana, Yaki Miodovnik and Thomas Amoroso, Andropogon continues to promote the role of the landscape architect as a key partner for our communities. Its rare sensitivity to environmental issues can be seen in such projects as the Morris Arboretum at the University of Pennsylvania and the Phipps Conservatory Center for Sustainable Landscapes in Pittsburgh.

Honorary membership is among the highest honors ASLA may bestow upon non-landscape architects in recognition of notable service to the profession. Since its inception in 1899, ASLA has inducted only 223 honorary members.

For over 40 years, Ann Breen has tirelessly advocated for urban waterfronts as one of the most fertile areas for protection, planning and community development. She founded The Waterfront Center in 1981 with co-founder Dick Rigby (nominated separately). Through the center, she has focused on educating key interests and the public about the value of waterfronts at every community scale. As a result, The Center has grown into an international voice that characterizes waterfronts as a community's “front door”, and as a natural and cultural infrastructure opening tremendous opportunities for improving citizens' quality of life and a community's long-term health.

Philip Enquist, who leads the global city design practice of Skidmore, Owings & Merrill LLP, has focused on improving the quality of life and the environmental performance of cities on five continents. He designs location-sensitive master plans that integrate nature and urban density. Central to all his projects is a deep understanding and respect for the underlying cultural and natural fabric of the landscapes where he works. Nowhere is his big-picture approach better realized than in his 100-year vision for the Great Lakes — whose goal it is to serve as a catalyst for long-term thinking and environmental and economic renewal.

Trained as an architect, James Garland is a master of water design who founded Fluidity Design Consultants in 2002. As a contributor to projects of landscape architecture, especially projects in the public realm, Garland has elevated the artistry and expectation of what water features can be in contemporary landscape design. In recent years Garland and his team have focused on sustainable systems, including water recycling measures that have added ecological approaches to dramatic water effects. Examples of Fluidity's advanced design initiative include the Hearst Building (New York City), Metropolitan Museum of Art (New York City), VivoCity (Singapore) and Dubai Festival City (Dubai, UAE).

Carolyn Mitchell served as ASLA's honors and awards specialist from 2004 until her retirement in the fall of 2017. Mitchell oversaw all aspects of the Society's honors and awards, from publicizing the programs, to processing entries, selecting and managing juries and producing the awards program. She ran thoughtful, professional and fair juries and took great care to guide many students and professionals through the process each year. Mitchell also has been a strong voice for her community by dedicating long hours to improve children's facilities and programs, including serving as president of the Southwest Neighborhood Assembly as well as the Channel Square Tenants Association in Washington, D.C.

Michael T. Reynolds is a 32-year veteran of the National Park Service (NPS). He was recently appointed the superintendent of Yosemite National Park, one of the nation's oldest and most iconic national parks. Earlier in his career, Reynolds served as the park's resource manager, planner and division chief. Reynolds has long focused on what is best for people and the land. He has regularly engaged landscape architects to plan, design and construct exemplary public places and develop innovative management plans. In 2017 Reynolds was tasked to serve as NPS acting director, overseeing one of the largest staff of landscape architects in the world.

In 1981 Dick Rigby co-founded the nonprofit organization, The Waterfront Center, in Washington D.C. with Ann Breen (nominated separately). A journalist with a strong background in environmental management and public policy, Rigby has helped signify waterfronts as the fertile, often unappreciated ground for initiatives that can significantly enhance city design and quality of life for urban residents. The result of this work in cities around the world has generated an understanding that waterfront public space is a fertile field of both study and implementation for landscape architects, recognized by municipalities and planning agencies

Carol Ross Barney has been in the vanguard of civic space design since founding Ross Barney Architects in 1981. She has been an ally of landscape architects throughout her career. As a Peace Corps member fresh from architecture school, she helped Costa Rica develop its fledgling national park system, contributing to three of their first and still highly important parks. In her teaching, she has instilled a concern for the environment and sustainability in architecture students that is complemented by her own award-winning work. Her contributions as an architect on landscape-oriented projects such as the Chicago Riverwalk and 606 I Bloomingdale Trail have bolstered communities across Chicago.

Dan Gottlieb serves as an exemplary leader and an allied professional who, through his engagement and activities, advances the goals and aspirations of the landscape architecture profession. He consistently fosters credibility and recognition of landscape architects through his continuous engagement of landscape architect professionals in the design of the unique campus of the North Carolina Museum of Art (NCMA). Over the past several decades, the museum's growth has been overseen by Gottlieb. He has applied his knowledge, talents and enthusiasm to the task of incremental transition of the NCMA into a world-class indoor and outdoor museum within the expanding Triangle Region.