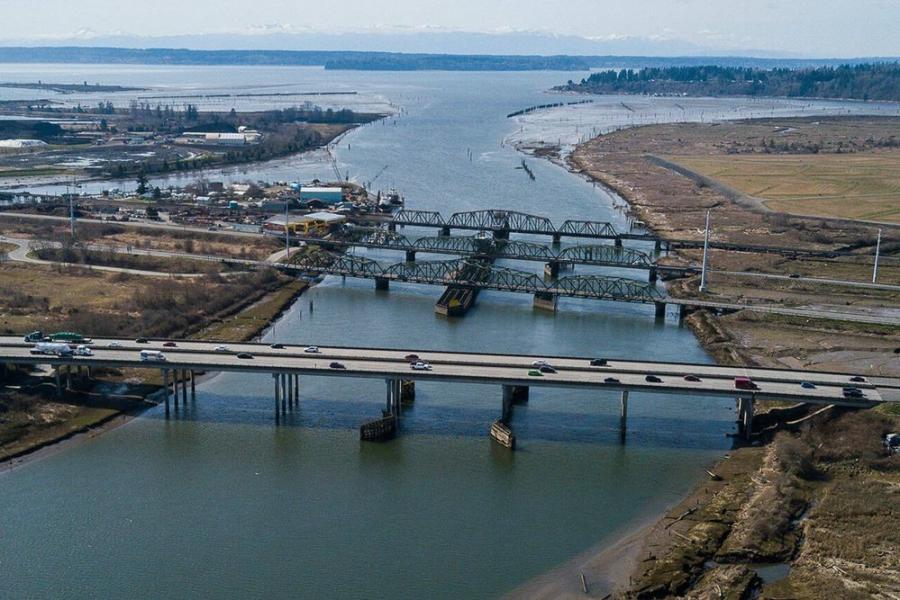 The interchange improvement project includes a northbound ramp from I-5 to State Route 529; a ramp from SR 529 to southbound I-5; and extending the existing northbound HOV lane from its existing end near U.S. 2 in Everett to south of SR 529 in Marysville.

An improved interchange in Marysville and another lane for travelers on northbound Interstate 5 between Everett and Marysville is one step closer to reality with the selection of a project contractor.

Atkinson Construction LLC (formerly Guy F. Atkinson) will tackle the project after the Washington State Department of Transportation selected the firm during a competitive process that required qualified contractors to submit comprehensive proposals.

The interchange improvements and high occupancy vehicle lane will be built using a design-build contract. Using this type of contract, WSDOT executes one contract with a single firm that is responsible for finishing design work and then building the project.

"Atkinson Construction submitted the best value proposal for an improved interchange and extending the northbound HOV lane," said Amir Rasaie, WSDOT assistant regional administrator of project design and development. "We look forward to working with them to build this project."

"This work will improve mobility for highway users, ease congestion and provide more access to and from Marysville," said Atkinson Senior Project Manager Reggie Wageman. "We intend to build a project that meets the needs of the community, minimizes effects on travelers and looks for efficiencies in design and construction to provide the best value for taxpayers."

Nearly 65,000 vehicles travel northbound on this section of I-5 each day. Drivers frequently experience long commute times. Data shows that almost 25 percent of the vehicles traveling northbound are eligible to use an HOV lane. To extend the HOV lane, the existing three general purpose lanes will be shifted to the right slightly and restriped, to create a total of four northbound lanes.

Construction is scheduled to begin in late 2022 with the improved interchange and HOV lane scheduled to open in 2025.

The population of Snohomish County increased by more than 400,000 residents between 1980 and 2018. It's expected to gain another 200,000 residents by 2035. This explosive growth increased the number of vehicles using I-5 between Everett and Marysville, with approximately 65,000 vehicles traveling in the northbound direction alone each day. Drivers frequently experience heavy congestion and long commute times. In addition, traffic at the I-5/SR 529 interchange in Marysville often backs up, creating additional delays. 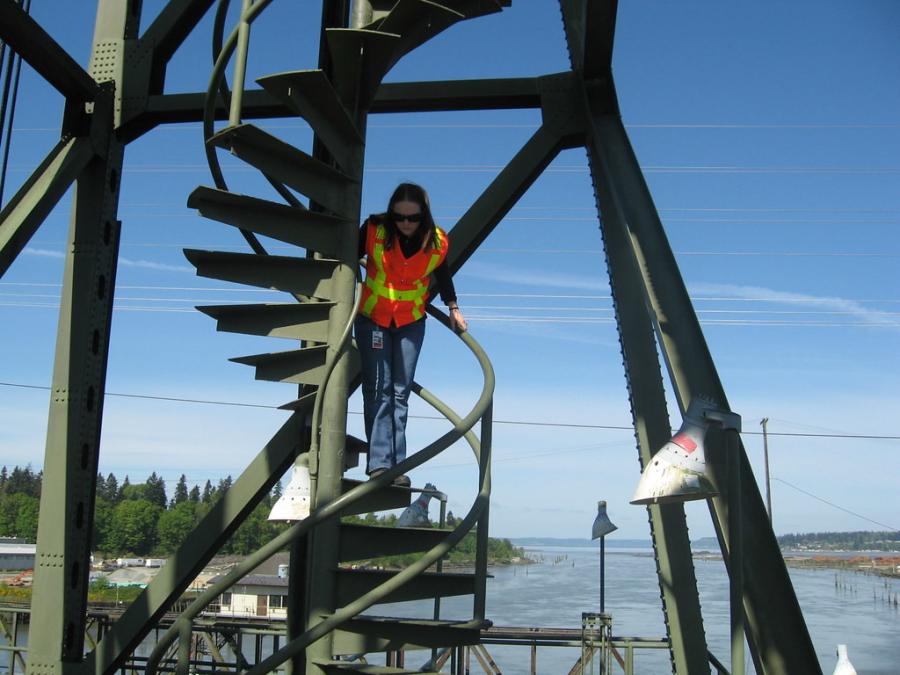 A construction worker navigates her way down the SR 529 Snohomish River Bridge.

WSDOT formed a Stakeholder Advisory Group (SAG) made up of representatives from area cities, agencies and tribes to make recommendations on how to reduce congestion. In August 2019, with feedback from the SAG, WSDOT selected a preferred alternative. WSDOT will build a permanent fourth lane for HOVs, extending the existing HOV lane in Everett to SR 529. The three general-purpose lanes will remain in place. WSDOT chose this alternative after studying data that shows a high percentage of HOV-eligible vehicles regularly travel through the area. In addition, WSDOT is looking into how the improved interchange can serve people who bike and walk on SR 529 between Marysville and Everett.

The benefits of a new HOV lane and an improved interchange include:

Atkinson, in conjunction with the Washington State Department of Transportation, completed the second phase of construction to widen I-5 and rebuild intersections in 2021.

This construction benchmark — part of the $242 million project that rebuilt the Thorne Lane and Berkeley Street interchanges to allow for a wider I-5 — came two months after new high occupancy vehicle lanes opened.

"We thank residents, businesses, commuters and service members for their patience during this complex project," said Washington State Department of Transportation Regional Administrator John Wynands. "This project was a success because of the great cooperation with those who live and work in this area."