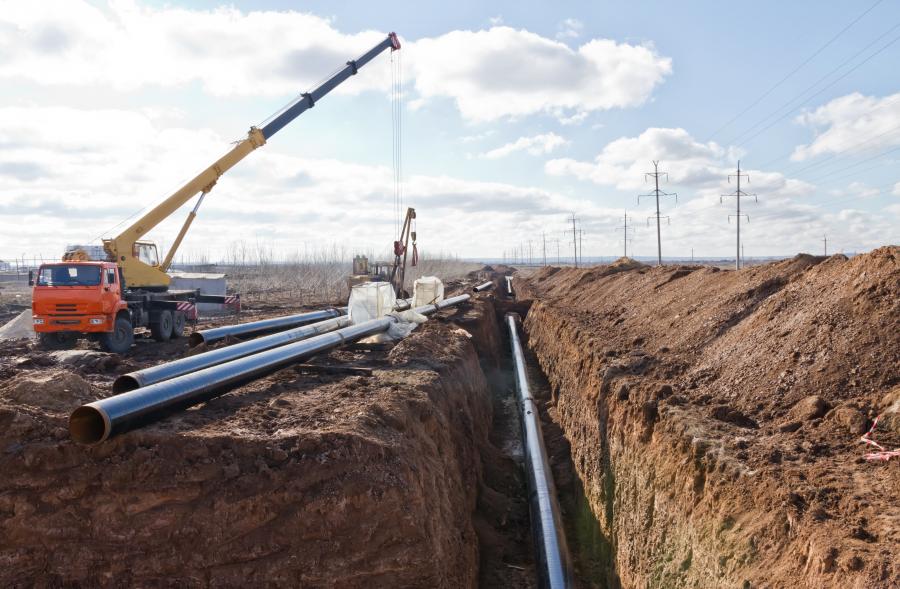 Under the agreements, the four trade unions will be responsible for hiring and training the 13,000 construction workers needed to build the pipeline.

“From day one we've committed to building this project to the highest standards of quality and safety,” said Leslie Hartz, Dominion Energy's vice president, Engineering & Construction. “These organizations represent the most highly-skilled and well-trained professionals in the industry. They have the training, dedication and experience we need, and we're proud to have them on board for this historic project.”

Under the agreements, the four trade unions will be responsible for hiring and training the 13,000 construction workers needed to build the pipeline. The unions have committed to hiring at least half of the construction workforce through local union membership in West Virginia, Virginia and North Carolina. Furthermore, the organizations have committed to hiring at least 25 percent of all new hires – individuals joining the trade unions for the first time – from the local communities where the pipeline will be built.

“This is the biggest job-creating infrastructure project we've seen in our region for many decades,” said Dennis Martire, LiUNA's vice president & Mid-Atlantic regional manager. “This is a once-in-a-generation opportunity to rebuild our region's infrastructure and bring back the middle class jobs that have disappeared from too many of our communities. Our members live in these communities, so we have a personal stake in doing this the right way and with the utmost care for safety and the environment. We have the skills and the work ethic that it takes to build a project like this, and we're just grateful for the opportunity to put those skills to work for our economy and our energy security.”

In addition to employing thousands of local tradesmen and craftsmen, the Atlantic Coast Pipeline will provide opportunities for many local residents to pursue new careers in the construction industry. The trade unions are offering free local training and apprenticeship programs so local residents can develop new skills and gain real-world experience in the industry. After construction of the Atlantic Coast Pipeline is complete, many will go on to pursue long-term careers in the building and construction trades.

Through their participation in the 'Helmets to Hardhats' program, the trade unions will also provide job opportunities to many local veterans. 'Helmets to Hardhats' is a national, nonprofit program that connects National Guard, Reserve, retired and transitioning active-duty military service members with skilled training and quality career opportunities in the construction industry.

“This project is going to be a game changer for working people in our region, including our veterans,” said Matt Yonka, president of the Virginia Building and Construction Trades Council. “We're talking about thousands of new jobs for men and women who have spent their careers developing their craft and contributing to our economy. We're also talking about hundreds, if not thousands of local residents, including our veterans, who will have the chance to start a new career and earn a better livelihood. We're ready to get to work on this project so we can grow our economy and support our families.”

The four organizations signing the agreements represent the crafts and trades that will perform the bulk of mainline construction activity for the Atlantic Coast Pipeline: