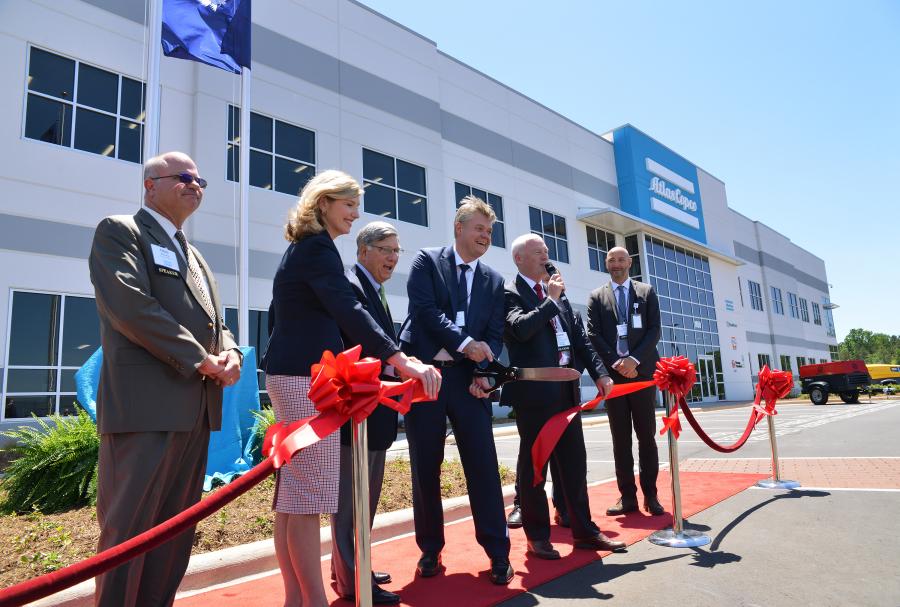 Atlas Copco celebrated the grand opening of its new production facility in Rock Hill, South Carolina, with a ribbon-cutting ceremony on Wednesday, May 17.

Atlas Copco built the $25 million facility to enhance its support for the North American construction market. The 197,000-square-foot, LEED-certified plant serves as the production and assembly facility for Atlas Copco's North American Construction Technique division. Generators and portable compressors and other equipment are produced at the plant, which officially opened in February 2017.

The new facility achieved Leadership in Energy & Environmental Design (LEED) certification. Construction, which began in January 2016, included lean manufacturing features to enable efficient and flexible processes that are sustainable for the environment.

“This is a landmark day for Atlas Copco in the U.S.,” said Scott Carnell, Atlas Copco U.S. president. “The new facility strengthens our commitment to producing superior equipment and customer support — and it aligns perfectly with our mission of sustainable productivity.”

The new Atlas Copco building is in one of Rock Hill's newest mixed-use developments, Riverwalk Business Park, and replaced the company's original facility in Rock Hill.