North Dakota has gained national recognition as a leader in UAS technology and business implementation. 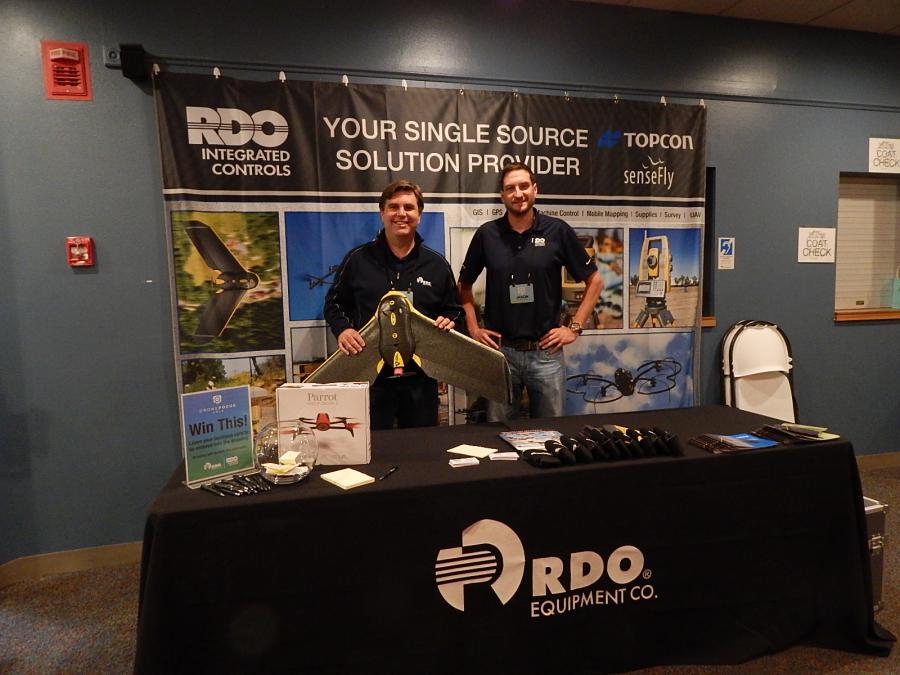 Drone Focus Conference, the all-day, all-drones event, was held in Fargo, N.D., on June 1. Organized by Emerging Prairie, a nonprofit organization in Fargo, the event brought together a sold-out crowd of 300 attendees with numerous speakers to discuss the unmanned aerial systems (UAS) industry. RDO Integrated Controls, a division of RDO Equipment Co., was a major sponsor of the event for the second year in a row.

“Interest in the monthly meetups was growing rapidly,” said Greg Tehven, co-founder and executive director of Emerging Prairie. “We recognized the need for a dedicated drone conference and knew the value of it being held in Fargo where so much UAS action is happening.”

With six FAA-approved test sites, major universities and aviation schools, and a huge presence in the agriculture and energy sectors, North Dakota is a natural home for innovation and growth in the UAS industry.

John Hoeven, U.S. senator and former governor of North Dakota, kicked off the event with a welcome address. A vocal and longtime advocate of UAS innovation, Hoeven hit home on North Dakota's leadership in the industry, noting how the state is advancing the integration of UAS into national airspace and empowering businesses, from local startups to international corporations, to find new applications for the technology including improving agriculture operations, delivering goods to consumers, supporting law enforcement, or securing the nation.

Among the more anticipated speakers of the event was Baptiste Tripard, managing director of senseFly. His talk included a general overview of UAS applications in agriculture, surveying, and inspections, as well as insight into the future of UAS. He illustrated the benefits of UAS with a story of senseFly's role in a project that mapped the surface of Switzerland's iconic mountain, the Matterhorn. What previously took one company one year and one million dollars to produce an image, manually and via satellite, was done in one year and at a cost of approximately $15,000, using six of senseFly's eBee drones.

One of the few speakers who presented at the inaugural Drone Focus Conference last year, Matt Hayes, mapping product supervisor, RDO Integrated Controls, returned to discuss renewable energy and civil applications for UAS. After his presentation, Hayes commented on the increased level of participation at this year's event and said, “The growth was noticeable. In one year, this event went from a few speakers and about 100 drone enthusiasts to more than 20 speakers and 300 attendees, and people in all areas of the industry, from drone manufacturers and entrepreneurs, to business owners and students.”

Hayes also pointed out how noteworthy the industry growth has been in the course of a year, saying, “Last year, we were discussing all the possibilities. Things we could do, what we expected for this industry. Now this year, our discussions were based on experiences. We have more info, we have concrete data, we all have so much more knowledge we can share, and that's really exciting to see.”

JD Claridge, CEO and co-founder of xCraft, the drone company famous for netting a deal with all five investors on the popular TV show, “Shark Tank.”