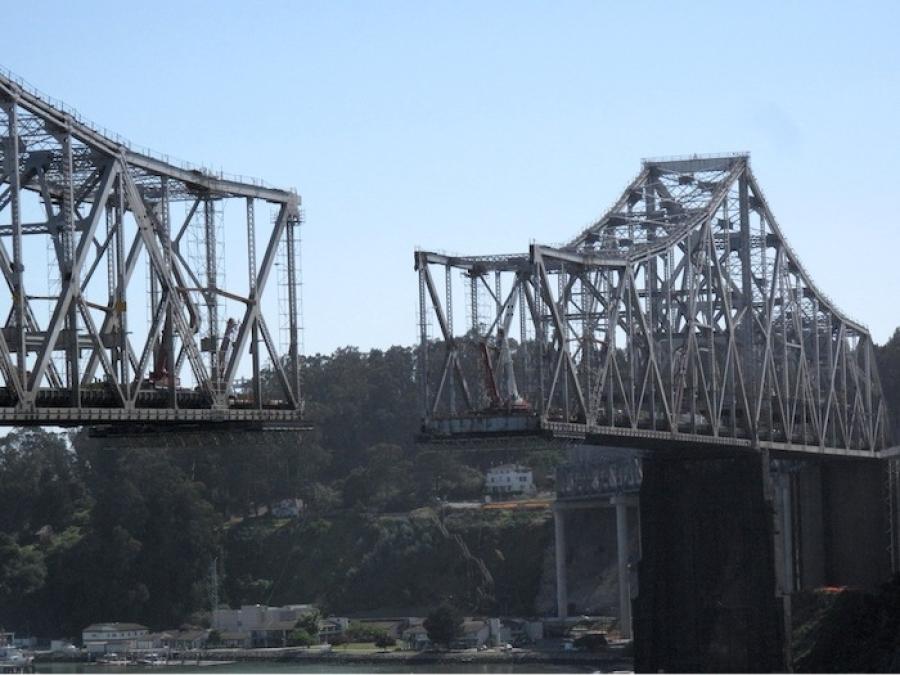 
OAKLAND, Calif. (AP) Authorities have given away tons of steel from the dismantled San Francisco-Oakland Bay Bridge to folks who'll turn it into art.

The San Francisco Chronicle said two artists showed one Friday in Oakland to collect around 35 tons each of rusty beams and struts left when the eastern span of the bridge was demolished and replaced.

Most of the steel was sold to Asian scrapyards but the California Department of Transportation kept about 450 tons with the idea of giving it to sculptors to make public art.

Katy Boynton of San Francisco said she'll use her steel to make a giant wind chime and a parking lot barrier at Pier 3 in San Francisco.

Tom Laughlin got 36 tons of steel trusses. He plans to create a Stonehenge-like construction.